I’ve only been chatting with a handful of Colorado locals, none in Fort Collins yet. For GFUGs, I was imagining a monthly-or-so evening for getting together in small groups to chat about problem-solving, show off projects, and share excess materials (say, the admission “price” would be ten or more small laserable items to share, such as tiles, stones, wooden earring blanks, etc.).

Clever site! Each region should use one of their maps.

I’m in! Looking forward to meeting folks in person. Getting together socially pre-GF would be fun, then perhaps rotating hosts once was they are in-hand.

I’m totally down with participating and even helping with a Deep south GFUG. Looks like Atl would be a good place as that is a hot spot for owners.

Any other Maryland, or Northern Virginia folks?

As found at Glowforge Map, North America shows this: 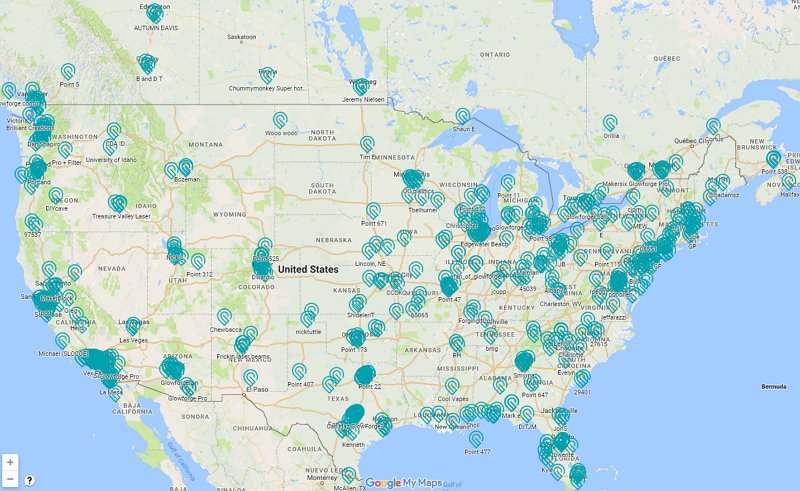 Now this is only self reporting owners (not from Glowforge staff or company). 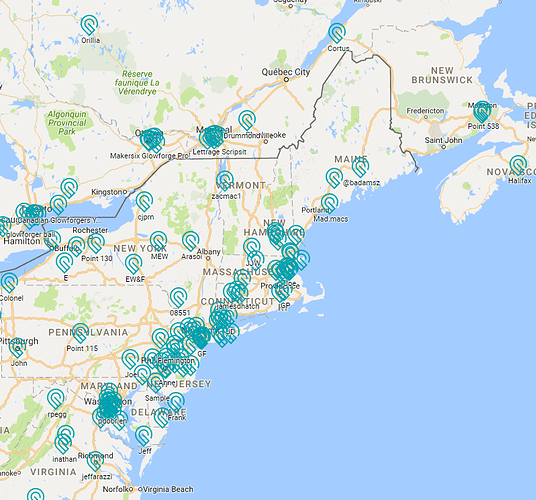 You can zoom in to get a better visual at the Glowforge Map link. You are not required to login (unless you want to add your location). 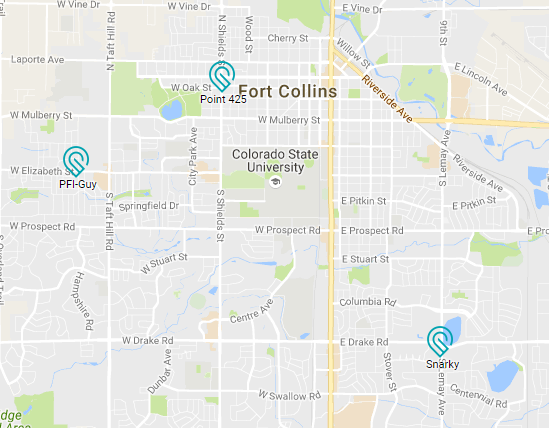 TIP: Don’t use your specific address (if you add yourself), but maybe the closest major or secondary intersecting streets.

I’m in Lanham, I’m hoping that a number of us in the MD/NOVA area might be able to get together after we get our GF and compare notes, tips, tricks, and ideas.

Certainly it would be a great idea to have local resources that you can rely on - I am sure the forums will be a great source of information, but its always better when someone can show you what you need in person

I’m game for a West Coast, or possibly Pacific Northwest one!

I’m down for a Seattle area meetup!

I’m sad that there’s only a few handfuls of Canadian registered owners, but at least I can say I recognize 5-6 outstanding VIP handles in the list.

Canada: come for the open wilderness, cringe at the costs of airfare.

I had noticed that across all of Canada (except in the very SouthWest corner), GF owners were very far and few between.

I lived in New Carrollton, Riverdale, and Greenbelt.
Alas- now I am in Utah and the drive would be a bit long.
I used to get chinese from a sub shop in Lanham.

Is it that technology companies in the NorthWest US and the entertainment industry are very popular in SouthWest Canada? 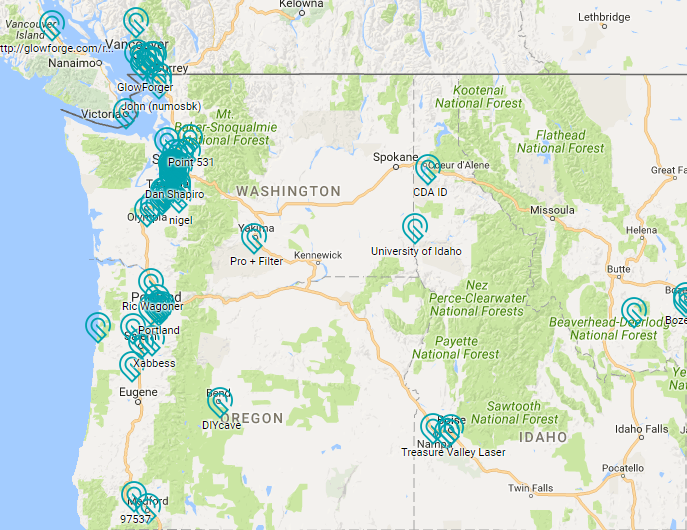 Pardon my cultural understandings of the diversity in Canada.

Is it that technology companies in the NorthWest US and the entertainment industry are very popular in SouthWest Canada?
…
Pardon my cultural understandings of the diversity in Canada.

That’s as good a reason as anything.

That last point may or may not be true. Edmonton and Calgary have a friendly but bitter rivalry.

They have tasty steak, but their hockey team sucks.

That last point may or may not be true. Edmonton and Calgary have a friendly but bitter rivalry.

Yeah, everyone knows the steaks in Edmonton are better

Canada: come for the open wilderness, cringe at the costs of airfare.

Tell me about it. It’s cheaper for me to fly to Greenland than Vancouver. lol

Greenland is calling why?