I need the PRO model with a pass-through slot.
Ideally, I would like to “trade up” to a PRO…
Alas… Glowforge does not have any interest in taking their own products back (I feel strongly every company should take responsibility for the things they birth into the world and have a buy back program, especially on something like this, but that’s a rant for another time)

Mostly happy with my GF - enough so that I now want a PRO model.
The basic model has no damage, and no problems (other than the things we all know about like the camera alignment and the limitations of the engraving area, ect…)

Reply here if interested.
Ships from Pittsburgh PA - (willing to drive up to 100 for a delivery)

Where are you? Shipping will be somewhat dependent on relative location.

I am in Pittsburgh PA.
I would be willing to drive up to lets say 100 miles or so…
(which I feel is a good idea, because I was indeed worried about getting this in the mail)

So you could probably make glowforge take it back. but it wouldn’t be a trade up and might be at cost to you. I’m not a lawyer but you can form your own opinion here:
https://www.dep.pa.gov/Business/Land/Waste/Recycling/Electronics/Pages/default.aspx

I think a trade in/up program would be nice. But I think GF is still trygin to ramp up and meet all the worldwide orders it can.

Some people don’t actually need a pass through slot, just a pass in… If your planned use doesn’t require the full pass-through, a bit of forum searching will reveal an alternative…

Note the accompanying warnings and take them seriously!

Thanks. Yea, I have looked into that. I know how to get magnets in the right spot to keep the door open. that does not “get the job done”. I have 2 options: get a BOSS or upgrade the GF.

LMAO. Take it back eh? “make them” take it back?! ROTFLMAO
nope, not even a dime for exchange

Trust me, I called, chatted and emailed about that. I do not want to turn this into a “slam session thread” - I will simply say “I am disappointed in the total lack of product responsibility from this company”.

My conclusion is “GlowForge thinks their own product is worthless after it leaves the warehouse” - which, come to think of it… makes me think twice about wanting the PRO… considering there are a couple laser companies that have trade-in/up programs who think very highly of their own products.

I have a pro but was cutting a piece of canvas just by sliding it between the door and lid so even a basic can do that.

“I’m disappointed with my product choice and wish GF had a different business model.”

Which I understand, but your original phrasing seemed like a bit of an overstatement. They have support. They have a warranty period. That’s anything but a total lack, I’d say.

Ok, fair enough. I see your point and raise you “an opinion” that looks like this:

I personally believe that corporations that manufacture electronic equipment over 1k have a social, corporate, moral, fiscal and literal responsibility to society, the customer, and itself to “do something” with the things they bring into the world and profit off of.

Furthermore, I think it should be a law.

Having brought an electronic product into the world myself, I agree in principle, but there is a limit. It’s way offtopic here to go too far into this… but I get your feeling but doubt what you’re suggesting is as simple as a moral choice for GF, it’s probably an existential question for the company.

Example?
I drive a Toyota, I have had 3. Every 5 years or so I take that 25k investment BACK to the dealership and trade it in, and they say to me with their actions “oh yea, we value our own products, here is fair trade in value for that vehicle”. That tells me something very important about that company and it’s product.

Not exactly a fair comparison, there are economies of scale and infrastructure in play that have been brewing for over a century.

eh. I disagree.
A company that is willing to accept it’s own products back, in a trade in, trade up, or recycle program is going to have another stream of revenue from a market segment that will never buy new anyway.

I am a web developer, you want to know what separates eCommerce companies from the 10k mark and the 10M and the 100M mark? They all have certain things in common, one of them is the decision to tap into all available market segments, another is their willingness to stand by their own products.

Also the size of the market vs profit margins. This is still a fairly niche product, I believe you’re cherrypicking examples to justify your (again not incorrect) desire for a different experience here.

I feel like you work for GF. do you?
Next, do you own one? Did you buy it as an “entry level” Laser for business or pleasure?

Because an “entry level laser” IMHO not exactly a niche market, it is a new starting point in a much larger market.

I feel like you work for GF. do you?

Nope. You can tell by looking at my profile.

Next, do you own one?

Isn’t that a precursor to even being on the forum?

Did you buy it as an “entry level” Laser for business or pleasure?

Sounds like I didn’t buy an entry level one, since I own a pro. I went through my options and decided the pro was the right purchase before I took the plunge, - I figured I’d want the slot sometimes, but the extra power (and thus time savings) all the time.

I don’t support myself with my laser projects, but I have done both business and pleasure. If I were looking at this as a business I would have gone with a much higher power commercial unit, because my hourly rate is quite high. Time is king.

I wouldn’t. See above about time, this was always a hobby machine. There are people who have done it though, they have aggressive sales pipelines and I am just not that sort of person, so it was a nonstarter.

Because an “entry level laser” IMHO not exactly a niche market, it is a new starting point in a much larger market.

Yeah it is. Ten-eleven thousand units sold in 2+ years is a drop in the bucket compared to the companies you compared it to, Toyota and the like. Toyota sold 10.6 million vehicles in fiscal year 2019 (ended in march). Also, lets take the US as an example, the average household can’t consider the glowforge just based on price: 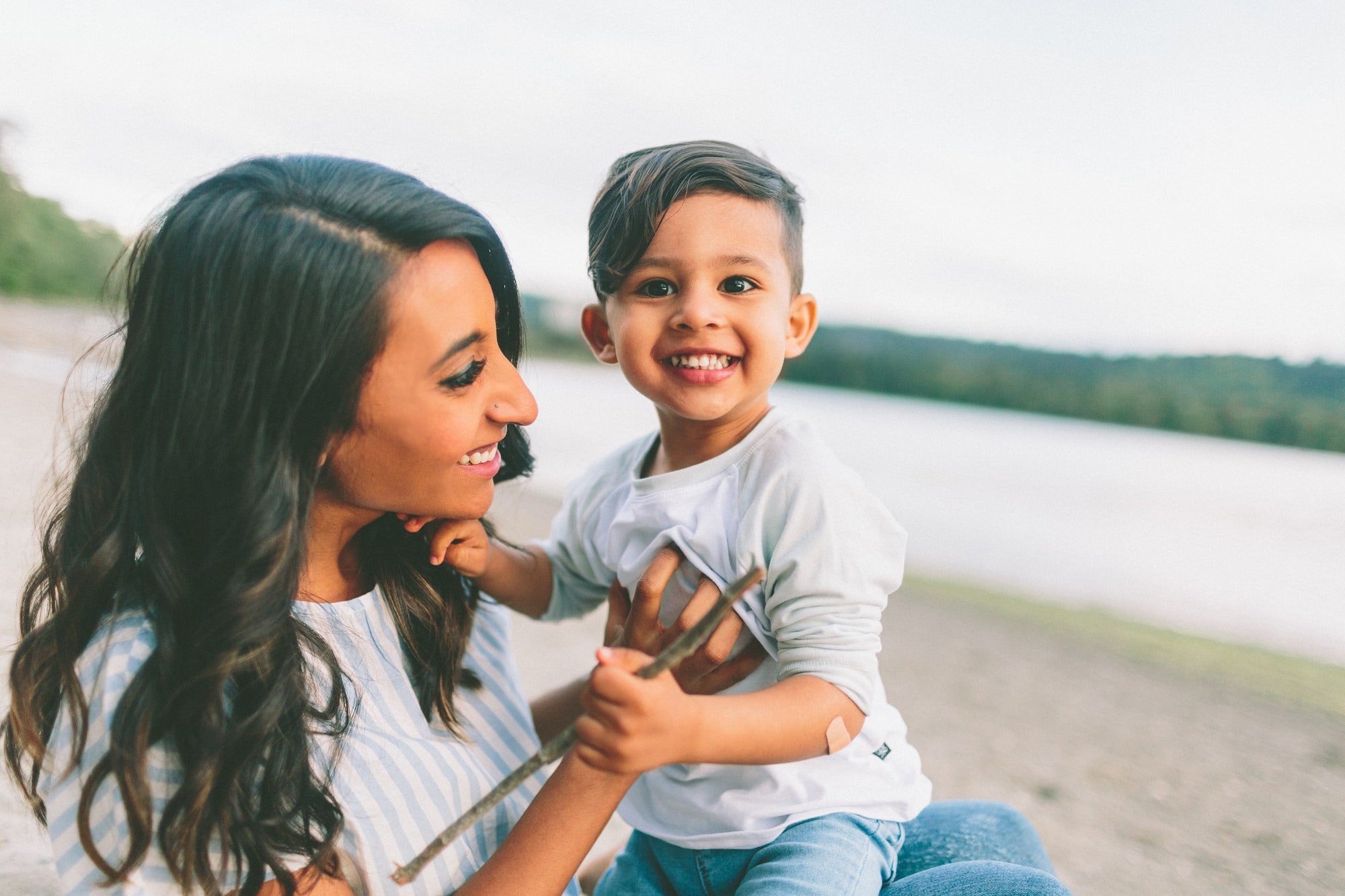 A recent report from Bankrate found that the typical American household has an average of $8,863 in a savings account at a bank or credit union, but the amount can vary widely by age.

It’s dismal. This is by definition a high end purchase, and is limited to a pretty narrow slice of the population just by virtue of cost.

Anecdotes aren’t data. It’s a common purchase among those of us on the forum, but the average person/household? We’re not there yet, and may never be, guess we’ll see.

I am a web developer, you want to know what separates eCommerce companies from the 10k mark and the 10M and the 100M mark?

Also, I’m a professional web developer as well. I think you’ll find that you’re in some pretty well-educated company on this forum. Don’t underestimate the audience, we’re a bunch of smarty pants. Again with the niche element, you only need look at how homogenous the forum generally is to see how narrow the market is.

Ok, so, fine, this is a debate now.
1- Toyota did not get to that level by refusing to trade in their cars

2- the LASER market is self sells MILLIONS of units, if we include Boss, Epilog and all the other manufacturers. It is not at all a “niche”

4- even if it was “only” a hobby machine, and even if GF marketed it AS a hobby machine (which they do not) then the concept of “value” still applies.

5- Still valid: try to recoup your investment on your GF = harder than it needs to be.

And lastly: holding the opinion that manufacturers should take responsibility for their products, accept them back, buy them back and fair market value makes the world a better place, AND, is proven to increase GROSS revenue by at least 13.5% (5-7% net) for every corporation who adopts the model.

Fair Market Value implies enough folks trading up or out to make a market, The “Fair Market Value” is what you could easily sell it for and the buyer sure it is not bricked by being stolen and without warranty. That number might be $500 and that with certification of history so they could use it.

That is a lot less than a new one but the warranty alone makes up a big piece of the difference. The “real” trade value of the Toyota is considerably less than what you get buying a new one but much of that is hidden in the price of the new one.

There may be folks who would create a market in used equipment or already have but they are not the original builder, and you would get far less than selling it yourself.