So I’ve had a design I bought that is similar to a design that is available on the Glowforge catalog. A artist who claims she made up the design (similar design) literally sent her 100k trolls to attack me and diminish my own hand drawn designs and I’m just wondering for designs on the GF catalog in general since they are for commercial use how do you go about with an artist claiming it is their design? To note the design that is here is not copyrighted, patented or trademarked so legally she can’t do anything but the online bullying piece of it is what I’m concerned about if I use any designs from the GF catalog.

Not sure what you are wanting here. Nobody can do anything about internet trolling/bullying. That’s pretty much the only thing the internet is good for any more.

Lol truth! I guess I mean more so for legality. Are we “protected” in using the designs provided here?

Are we “protected” in using the designs provided here?

You’ve already said the other ‘designer’ is not claiming any kind of IP rights, so there’s nothing to be protected from legally. The company definitely can’t do anything about trolls harassing you.

In terms of a theoretical situation where someone were to claim that something you bought from the catalog was their original, stolen, copyright-protected design, I don’t think you’d have any protection from having purchased it from Glowforge’s catalog. If Glowforge doesn’t actually hold the rights, because the creator never licensed it to them, then Glowforge can’t license you those rights they don’t really have. Your license becomes moot and you’re open to infringement claims.

In that situation, I doubt you could realistically go after Glowforge for more than what you paid for the design, which is effectively $0. To have them cover the costs of you defending yourself from a copyright claim or similar, you’d want a contract with an indemnity clause, and Glowforge’s purchase terms only include an indemnity clause in the other direction: that you’ll cover Glowforge’s costs if THEY get sued for something you do.

Maybe there’s some kind of estoppel argument to be had, but I doubt it’d go anywhere.

I have no idea how much vetting Glowforge puts the designs submitted to their catalog through. Even if they’re good internet sleuths, they may not find evidence that a design is not original until someone notices and reports it to them. So, you’re taking on a bit of risk when you buy something from their catalog for resale. There’s similar risk in many marketplaces for stock designs/artwork, as most of them don’t do any serious vetting of submitters or submissions. Designers are taken at their word that the designs they’re submitting are their own until there’s evidence to the contrary.

This kind of risk is best mitigated with business insurance.

Makes sense. She’s not claiming IP but she keeps saying she’s talking to her lawyers but when I googled to see if there was anything trademarked on the design I couldn’t find anything. I’ve never bought files before so this was a new one for me especially since one of my posts has gone viral and that’s when she sent the trolls after me even though I’ve seen many many creators use the same file

Take a dated screenshot of the similar GF catalog design (in case it disappears) and bookmark it. If she actually lawyered (highly doubtful, this sounds like a ridiculous scare tactic) up you could easily point them to it and prove that you didn’t get it from her.

A artist who claims she made up the design (similar design) literally sent her 100k trolls to attack me and diminish my own hand drawn designs and I’m just wondering for designs on the GF catalog in general since they are for commercial use how do you go about with an artist claiming it is their design?

Sounds like a scam to me. How does one organize 100k trolls? If she has a YouTube channel (or similar) and makes a false accusation that harms you, and you do not qualify as a “famous person” then she is liable for a huge lawsuit particularly if you can Identify where she did it.

If ignoring her isn’t an option, I’d tell her that you have a license for the work via Glowforge and to cease and desist interaction with you, If she has claims to the work, she can take it up with them, That’s not legal advice, but that’s what I’d do.

I have a sneaking suspicion that I know who is behind this and it’s a huge pet peeve when people blindly rally behind others without having all the information. Supporting a friend is one thing, but attacking others on their behalf is something else. It’s a really ugly side of the internet and I’ve seen far too much of it.

And, because no one else is saying it, I’m sorry you’re going through this. Until you’ve dealt with it you have no idea how distressing it can be. People online can be really awful.

To note the design that is here is not copyrighted, patented or trademarked

Everything that is created by a person, not a machine, is automatically copyrighted at the moment it is made. Copyrights can be registered which allows you to collect more damages if you sue for infringement. A registered copyright also makes it easy to show what you had and when you had it in case there’s an argument about who did something first.

In terms of a theoretical situation where someone were to claim that something you bought from the catalog was their original, stolen, copyright-protected design, I don’t think you’d have any protection from having purchased it from Glowforge’s catalog. If Glowforge doesn’t actually hold the rights, because the creator never licensed it to them, then Glowforge can’t license you those rights they don’t really have

The only similar thing I have somewhat studied is photography licensing. In that field, as I understand it, the user of a photo may indeed be protected from liability if they bought the rights to the photo from someone who misrepresented the situation.

For example, say you buy the rights to use a picture of some person in an ad… but then that person find you using their picture and comes after you because they never signed a model release for the photographer. The photographer lied to you about what they were selling you, and you can use this to defend yourself.

That seems analogous to the Glowforge catalog situation, as the designs are presented as OK for commercial use… right? What good is that assurance if you aren’t indemnified? But the devil is in the details of the license text, which I have not studied.

Anyway I would sure like to know the straight answer. I don’t sell anything or even share photos online, but I am curious nonetheless.

Just to clarify what I think almost everyone else posting here is assuming: you bought the design from the Glowforge catalog? Or you bought a similar design from someone else?

Not that that matters in regards to the abuse.

There are resources for help in dealing with online harassment. While the domain name and some of the messaging suggests it is for computer gamers, these people have a lot of experience with general online harassment. The people staffing their support/text line can almost certainly assist you: 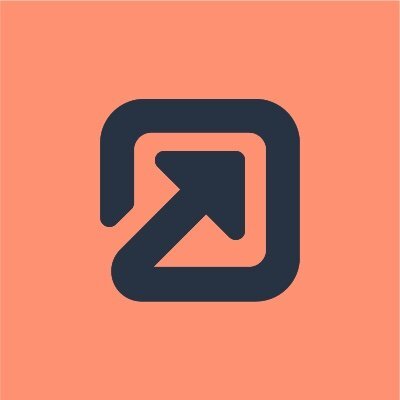 How It Works The quick version Text SUPPORT to 23368 from anywhere in the USA. We are active and replying from 3-7 PM PT every day.After you answer a few quick automated questions, one of our trained agents will respond and talk to you about what...

There is also Crash Override. I don’t know if they are currently providing direct individual support but, the site has resources:

I bought a file that is exactly what is on the GF catalog. I stumbled onto the GF file after I saw it posted in a GF Fbook group weeks after my incident and I was genuinely confused on why I was accused when it’s actually readily available in other places (and for free if you have premium.) I mean I understand everything that is being said on this thread and like I said I’ve never bought a file before since I design all of mine so I was just unsure if I was actually wrongfully using a file. The kicker is that the design itself is has been around for ages long before all this laser business but I think she was mad that the concept she used the design for is now being used around

There are near as many hijacked designs on the Internet as there are opinions. Some are so obvious and simple that dozens of folk will come up with it, others are so stepped on they are ubiquitous.
Those who file designs with Glowforge have to state that they are the originators, and Glowforge can pass any liability to them if it is discovered to be otherwise, so I would presume caution with those who file so.

As noted above what you could or could not prove to be your own work gets into very foggy areas. If you make a photo of a brick wall and someone else does so you might take a microscope and determine if it is a copy or not, but the idea of a photo of a brick wall would be hard to defend. on the other hand, there are artistic styles that are pretty definitive of the artist and even copying the style can be cause for a lawsuit.

Just one clarification - once you create something yourself (unless someone else has created the same thing before, and yes, that is blurry at times) it’s copyrighted. So there really isn’t a way to search for that. It’s different than a trademark. One thing that some people do is share the development of things online before throughout the process to prove that they created it and it establishes a timeline of when you created it, etc.

I see this kind of thing so often. It’s frustrating…

I’ve seen some people addressing things like this in a group on Facebook called One Stop for the Good and the Bad but I’m not sure if that is something you want to do or not. I’ll let you investigate that yourself if you feel it’s appropriate, just be very straight with that group if you post there and make sure you follow the group rules. lol