Slots are great if you can cut accurately and if your material can accommodate the stresses. Butt joints and screws work great if you design your structure well. A stretcher or back within the gables and top/bottom will greatly help with racking. The back can be done as a butt or rebate. Also if your back or stretcher is cut square , it will square up the structure.

would you want to add any fold down top to add just a little more top space. I understand wanting the footprint not much bigger than the GF , but always nice to have a little space Maybe to set the roll of tape down, or your beer, or the piece you just took out ( or caliper) or a pencil… even a few inches of table top space extra (as long as your building it…) Just my thoughts… !!!

One thing you should really take into account is noise reflection coming out of the bottom of the glowforge. Right under the button area is a radiator and under that are vent holes that leak a lot of noise if facing a hard surface.

I’ve been experimenting with my setup. I’ve tried using sound reflectors off the base of the unit, but that wasn’t the optimal solution. I’ve found that a hollow base for the unit with sound dampening material in it helps a lot in reducing noise, especially high end noise.

is there a sound dampening material that is stiff enough to maintain the air gap beneath the Forge?

how about silicone cooking sheet?

I’ve got some great silicone cutting boards…that might work very well. (Would probably take several. Or maybe a rubber mat.)

Great suggestion though, definitely something to experiment with!

No, that would actually make it a bit worse, as any hard surface is going to reflect sound which is what Im trying to avoid. I am shooting for more of a silencer type effect, a place to pull in the sound and keep it there. Luckily the top of my ‘table’ wasnt officially attached so I could easily experiment, so I made a small an-echoic chamber for it to sit on. Ill post a thread regarding it in a few to share.

a small an-echoic chamber for it to sit on

Wow! Can’t wait to see what you came up with! I was thinking maybe a layer of felt on a hard surface might help a little.

Here’s some more joint types to play with:

50 digital wood joints poster! Everything Else

Foam on top of a hard surface will help a little, but the link I posted to above helps a lot more

so far i only got the bottom part design…(still need to go back and fix some of it)
I am trying to do all the measurements in the user parameters and set so some one can just set material thickness and how high they want it and everything else would adjust proportionally, 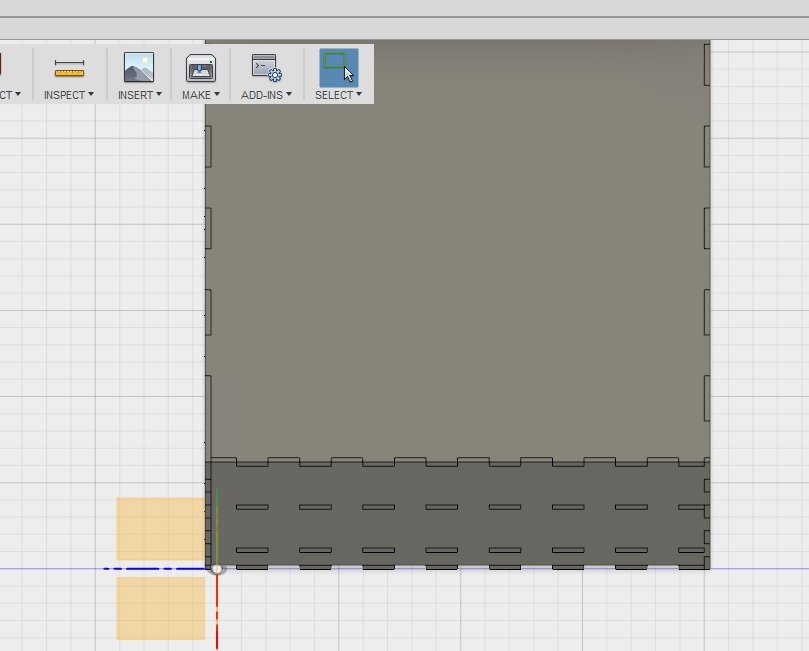 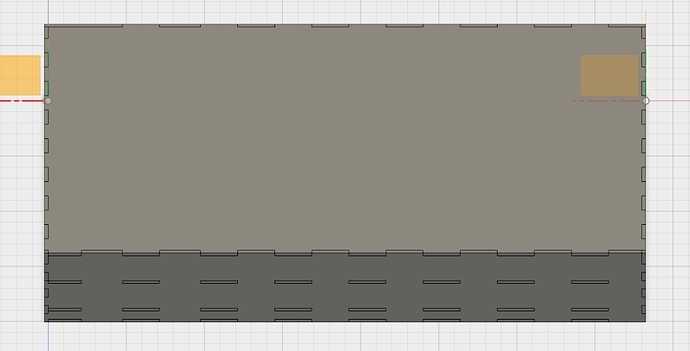 So many great ideas!

What I have done so far: http://a360.co/2jUQDjq
I’m now trying to figure out how I am going to connect the top of this to bottom of the drawer unit… I am thinking about sort of a Lego connection using a 4 or so dowl rods( just long enough to go through two layers of material)… That way it can be taken apart (if one end is left un-glued)… I dont just want to set the drawer unit on top after all it is a $5000 machine siting on top of that… But I could also just bolt them together (more of a pain to put together and take apart)

i wonder if coffin locks would work for that, of if they are too thick.

That would actually be really cool!!!

Made so they can not be opened from the inside?

Nah, everyone knows that zombies can break out a coffin and don’t bother with the locks.
(Its aesthetic, a coffin should not have any visible fasteners.)

They should have called hex-keys graverobber keys…