Where and what will your glowforge sit on , can’t wait for it

There are several threads on this already. Here are some:

I think I found my Glowforge table Everything Else

Just wondering what y’all think. Here’s a link, and photo is below. [image] It’s actually a TV stand. I’ve been keeping an eye out for a very short cart with locking wheels that I could put the filter plus Glowforge on and not have to stand on my tippy-toes to work in the machine. Weight capacity 150 lbs (filter + pro is 80 lbs), dimensions 17.4" H x 47.24" W x 19.69" D. I know it’s a little short in depth but maybe I could attach a board on top if the GF won’t fit (21" depth). Price rig…

Custom table for my Forge Everything Else

Realizing that I’m actually going to get one of these things reasonably soon and that I had nowhere in the house for this thing to live, I’ve embarked on a fun project to build some new custom table/shelving/desk furniture for my office. I’ve just completed the first stage of the build (the Glowforge table itself), and just wanted to share. As a web dev/programmer by trade, it feels good to make physical objects for once in my life, rather than virtual

Looking forward to many m…

Scissor lift tables Everything Else

I was just thinking about life with a GlowForge. I really want to take mine around to local schools at every possible opportunity. Lugging it in and out of buildings and vehicles will eventually result in dropping the big guy. But today I imagined having my table on a scissor lift cart. Like the beds used in an ambulance. Anybody know where a guy could find such a table? It may have to be the first thing I make, but I would trust a purchased metal cart over my own wooden one any day.

Made a rolling Glowforge table/shelf-unit Everything Else

In anticipation of receiving my glowforge this summer, I wanted a rolling “cart”? so I could tuck it away in a corner when not in use, but bring it over to the door to the back yard when cutting. Didn’t have a table saw here in Brooklyn, so I decided to use 1/2" birch plywood and 1x6 poplar straight off the Home Depot shelf in a simple 3-layer sandwich, with thinner poplar dividers between shelves. It’s just a tad bigger than the glowforge in width and depth, at 39" x 21", is 16" tall (so with…

I was originally going to build a table out of butcher block and piping, then this behemoth went on sale. I would have paid the same price for the butcher block that I did for this work bench. Its fantastic, but weighs a ton. 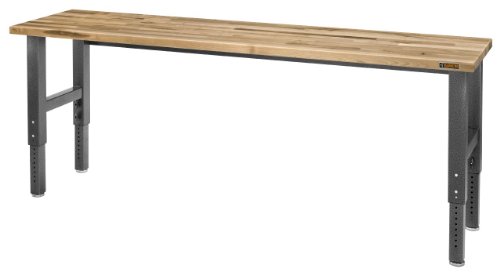 Count on the 8' Adjustable Height Maple Workbench with Hammered Granite Finish for those projects that require brawn. The heavy-duty steel legs are as tough as they look, and the tried-and-true 1-3/4" ...

Here is my plan for a table. 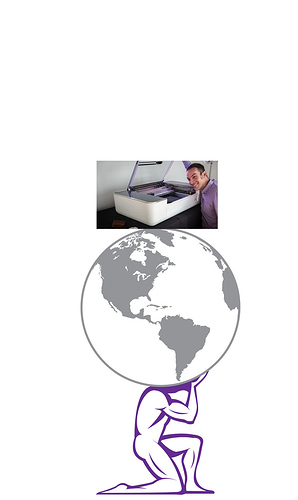 It supports a GlowForge and includes @Dan in case I need advice and help. :-)))

I hope the GlowForge has gyros in it to keep it level on a round surface. An idea for the Hopper? :-)))

It must be the end of the week and Friday.

A Kneeling Atlas / claw-foot would be awesome if you worked it out right! 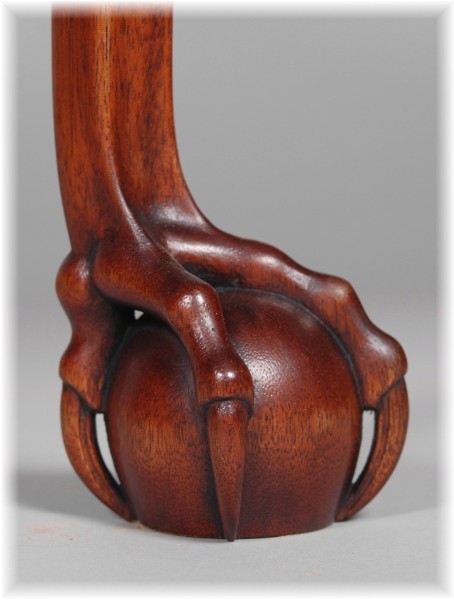 Guess I haven’t put much thought into it. The pic below is not mine but I have a pile of blocks and plenty of boards/plywood in the shed. So it might take 10 minutes to get ready for the Glowforge. 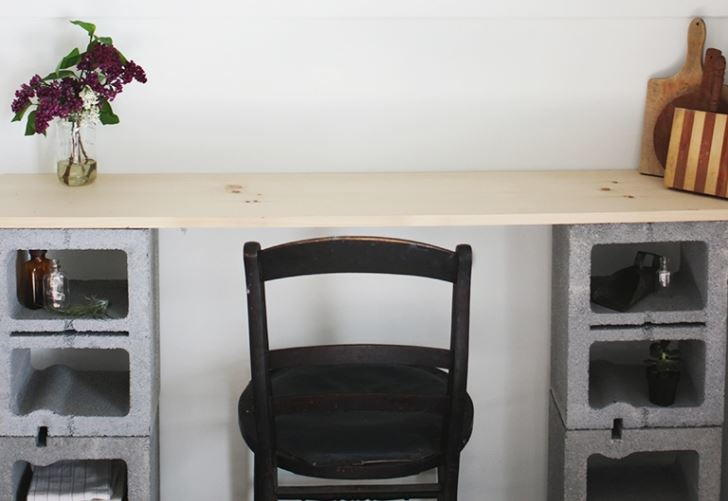 If there are blocks with 12" wide cavities available you would have your materials storage situation solved too!

Reminds me of my first apartment… reconfigurable too!

Welcome @jdt92065 to the forum. So many cool topics to learn about and read. Hope to hear more from you about what you plan to do with your Glowforge.

I have several (7) of those and they are indeed pretty darn good, once you get them assembled. My Trotec laser is sitting on one and the adjustable height came in quite handy as it’s put together at it’s lowest height (27.5").

The feet don’t always screw in parallel with the legs because the threaded portion of the leg has been welded on crooked. The pads of the feet tilt to account for some misalignment, but they could still do a better job with the welding, IMO. I also have three of their lower-end line of benches (imported) and the legs are welded much more consistently.

The nyloc nuts on the legs are excessively difficult to screw on the first time. The problem is exacerbated by the fact that the nuts are designed to be screwed on by hand (meaning that it’s not convenient to drive them on with an electric drill). What I did was hold each nut/knob in a pair of pliers (channel-locks) and ran a bolt in and out of each one before assembling the benches.

A quick positive note as well…
The first one I received came without any of the hardware, the box must have opened up enough for the bag of bolts to fall out. I called them and they sent me replacement hardware. Later, I called them again about one of the particularly bad legs and they shipped me out a new one of those as well. They were very nice during both calls and they didn’t even attempt to charge me anything like that. These particular benches are made in the USA (Whirlpool owns them last I heard) and I suspect their customer service is located here as well.

The only issues we had was with the nuts for the legs. Like you said, putting the nuts in by hand was a pain. It was a lot easier the second time, when we adjusted the legs.

The resistance on the nylon nut may be by design, a self locking feature to prevent vibration from altering the set level.