Recently I went to check out a 24x36" boss laser that was for sale down the street from me. I was curious as to how it would compare with the glowforge. Ive heard great things about boss lasers and their support/customer service, so I was really interested in trying some engraves on it.

The guy selling it told me that it could do 3d engraves, so I took some spare material over and let him run one through. This was the result: 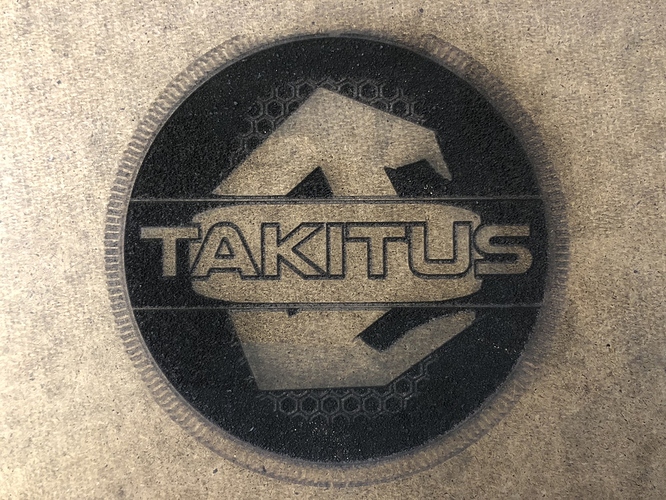 Suffice to say, it doesnt do 3d. I told him good day sir and went back home to run this same engrave on the glowforge. A little while later these popped out.
2 pass on the left, 1 pass on the right. 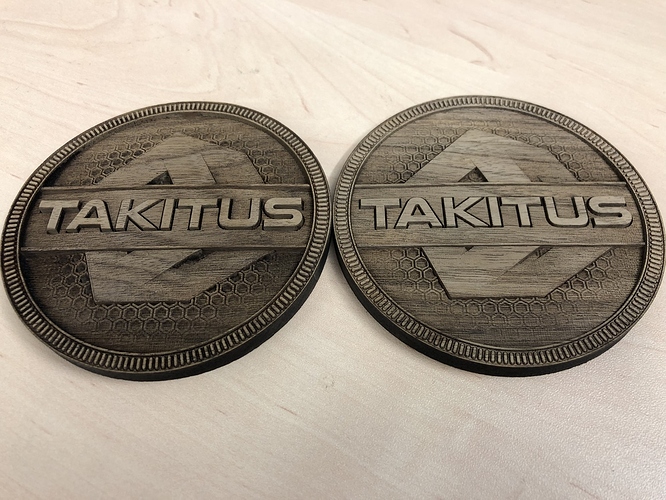 What glowforge has made is really remarkable. I love this little laser.

P.S. This post is specifically comparing 3D/single pass variable power output capabilities, not photo reproduction which is single power stippled. Please read my in depth response below for more details

What material is that?

The bottom pieces were in walnut

I wouldn’t write off the Boss so quickly though. Particularly if the price is right for simply the size. Could be a great complimentary tool to the details the GF can provide.

However, I’m betting a Boss CAN do a MUCH better job that what he showed you here. Looks like he just doesn’t know the settings game well enough to me.

I’m betting a Boss CAN do a MUCH better job that what he showed you here. Looks like he just doesn’t know the settings game well enough to me.

That’s exactly what I was thinking. On the other hand, if they have somebody representing their product, that person should know how to use it.

i’m guessing this is a second-hand unit, so not a boss representative selling it.

To succinctly answer your question, no, it’s not possible on a boss. A boss is capable of 1 bit engraving.

It’s not possible with any boss laser. The boss can do 1 level of power at a time. After I had the demo with that guy, I called boss to double verify whether or not their lasers were capable of 3d engraving or true grayscale engraves and the answer was no.

So this output represents their capabilities in comparison to the glowforge in the realm of 3d engraving/variable power output.

Now if someone wanted to do a stippled engraving, I’m sure it could come close to photoquality output. Stippled engraving is a bit of trickery however and something that even a k40 can do. It’s 1 bit engraving. On or off, just dots bunched closely together.

I hope this clears up what the intent of the post was. It was not to misrepresent BOSS overall, just to give you a comparison of advanced features the glowforge has that many more expensive competitors aren’t even capable of.

Your 2-pass example is really stunning.

Oh I know, that’s why I entertained it to begin with! I need more bed space. Unfortunately, it means I would be cutting it in the boss and then moving it to the passthrough on the Gf for engraving. Might as well just do it all on the passthrough if I can’t 3d engrave on the boss.

yeah, and especially true because while the GF is no speed demon cutting, it’s reasonable. but engraving it’s significantly slower than the more industrial machines. so you’d get the bigger bed, but not a speed boost for the engraving.

right, if you can’t do multilevel. but the GF is really slow gantry speed even when you’re not doing variable. the universal gantry just absolutely flies in comparison.

you would want to look at Kern lasers.

There, I fixed it

Ha yeah Kern is crazy, and crazy expensive. I’m more looking towards trotec/epilog. Mostly trotec as their tubes are way more advanced and they have alignment via fiducial

Universal is really fast for sure. They have metal tubes though, so can do 3d as well. Unfortunately they’re more expensive than most everyone else.

Yeah but you can get the tubes refilled too. They’re a really good deal if you can get a decent used one.