Good source for maps for engraving

This site let me download an absolutely huge antique map of Charleston, SC. The resolution was 6,000 x 7262, which works out to forty-three megapixels.

I took the image and messed with the contrast (curves are your friend), and got a black and white image that is pretty clean.

I’m engraving a very small crop of it right now, using non pg birch and varying the power instead of convert to dots. Let’s see how this comes out.

The whole site is full of gold, but the cartouches are astounding…

Pix of the engrave shortly.

OK so here’s the original crop, with contrast pushed way up: 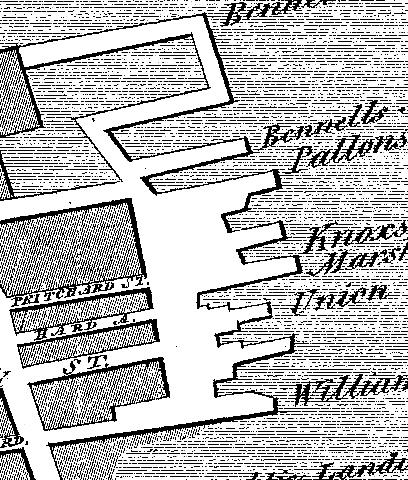 And the resulting engrave at 225 lpi… 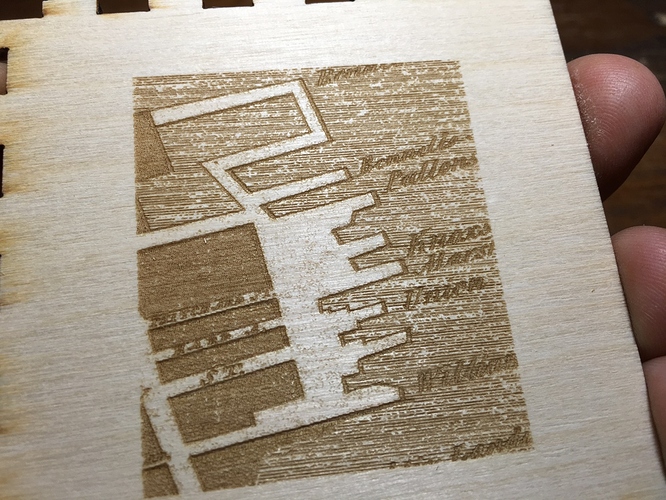 David is an amazing cartographer, and a really nice guy to boot (met him a couple of times at ESRI conferences). His site is indeed a treasure trove of geo-geeky goodness that’s fun to explore. Your engrave came out great!

I guess while I am at it, this repository is ancient at this point (by internet standards) and has another enormous trove of maps:

I think I first went there over 20 years ago now? Crazy.

I’ve engraved about 10 maps from the David Rumsey site so far and have about 30 more I want to do. It’s an awesome resource!

Pics! Give the people what they want

Here’s a couple of them 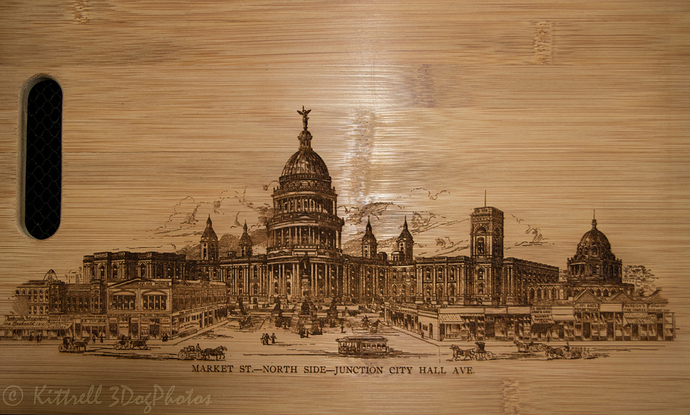 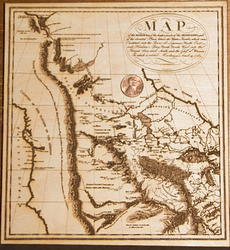 That bamboo (cutting board?) is really great! There’s such a huge wealth of images to engrave, but antique maps and diagrams are some of the best.

Beautiful! Question that I keep meaning to ask - “convert to dots”…is that something you do in the software or a GF setting. Still really, really new to this

To be fair, I only did it once and went to variable power. I liked the result but convert to dots might be nicer, I don’t know yet.

Question that I keep meaning to ask - “convert to dots”…is that something you do in the software or a GF setting.

You can do it in both but you have to do something in the GF so it’s best to leave it there and not convert it in your source graphic/design program.

In the GF you get 3 different options for handling bitmap engraves - one is convert to dots which is the typical dot dithering you used to see on newspapers to make black & white look like it had grays. The one @evansd2 used is the variable power one which maps the power to the levels of gray/black in the image - white gets no power and black get the max power (you define min & max settings) and everything in between gets power mapped relative to how black it is.