I’ve been working in Fusion360 to create a more elegant version of my Wand Displays that I originally built on the X-Carve. The Glowforge can really cut some super intricate designs! 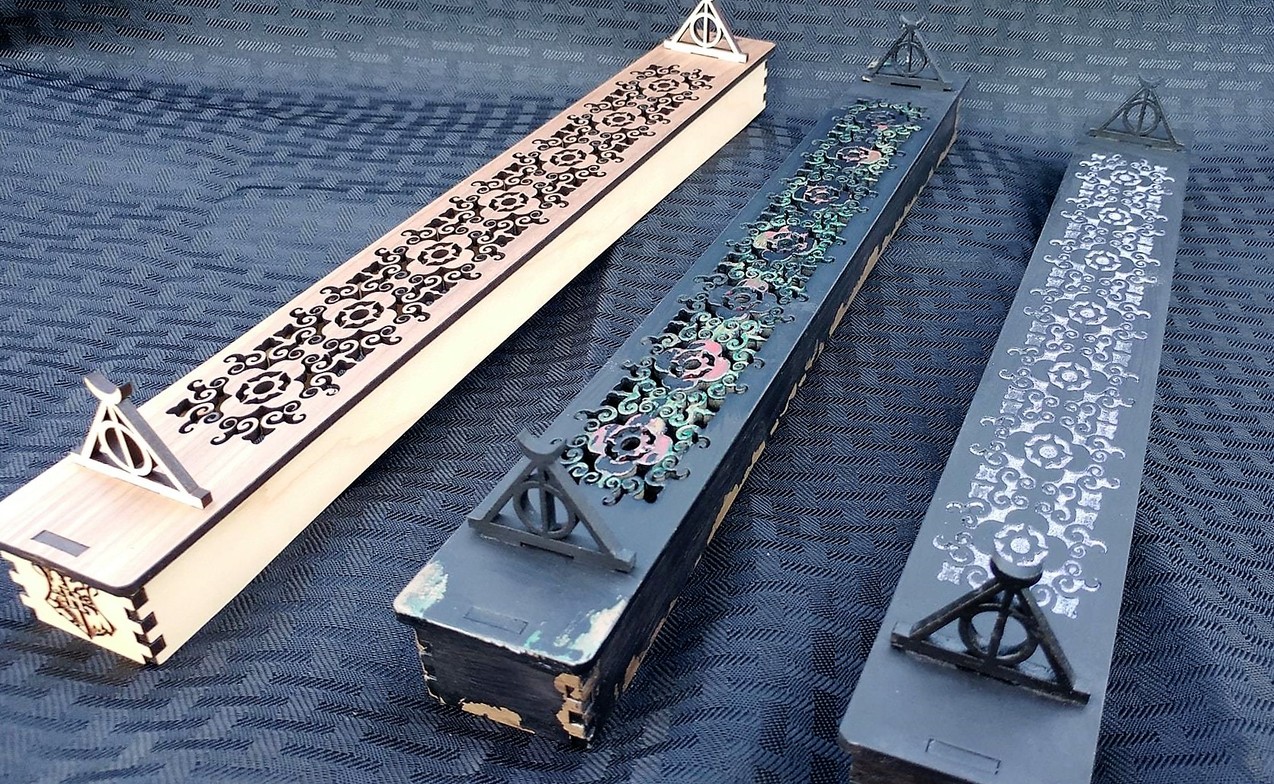 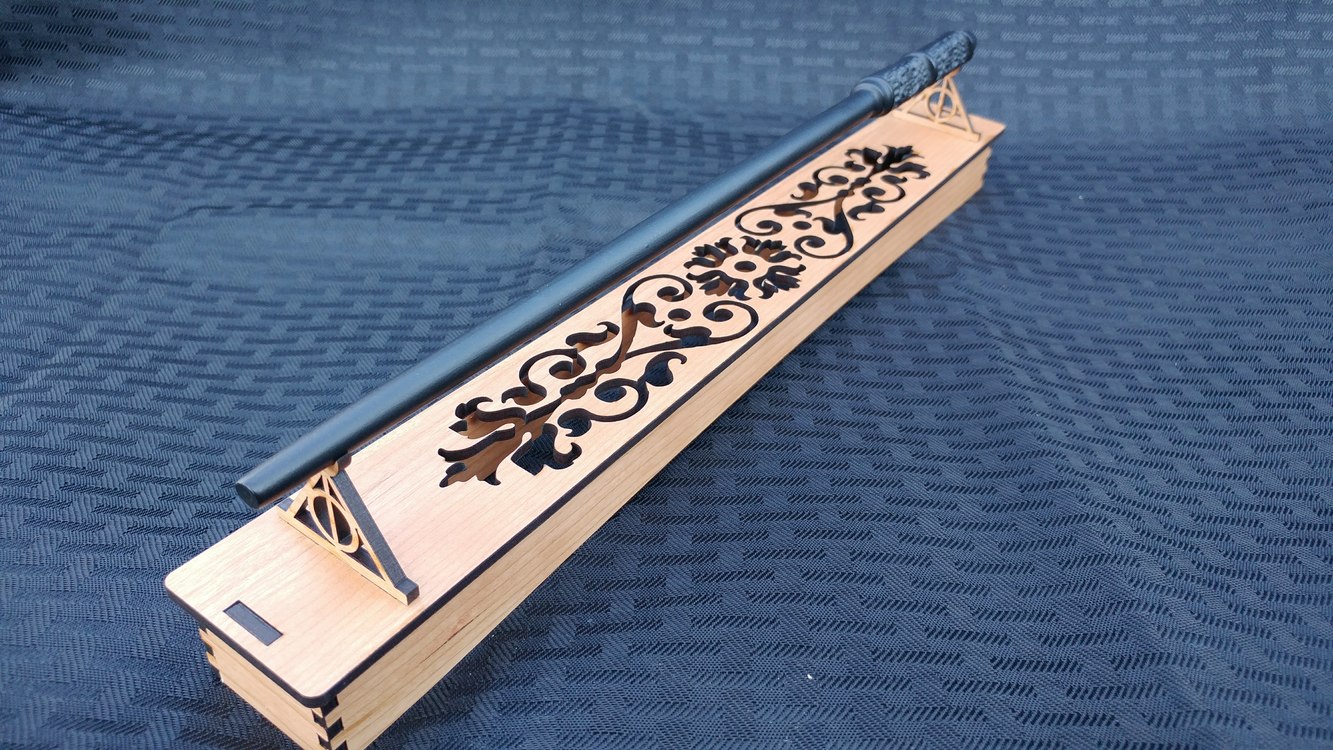 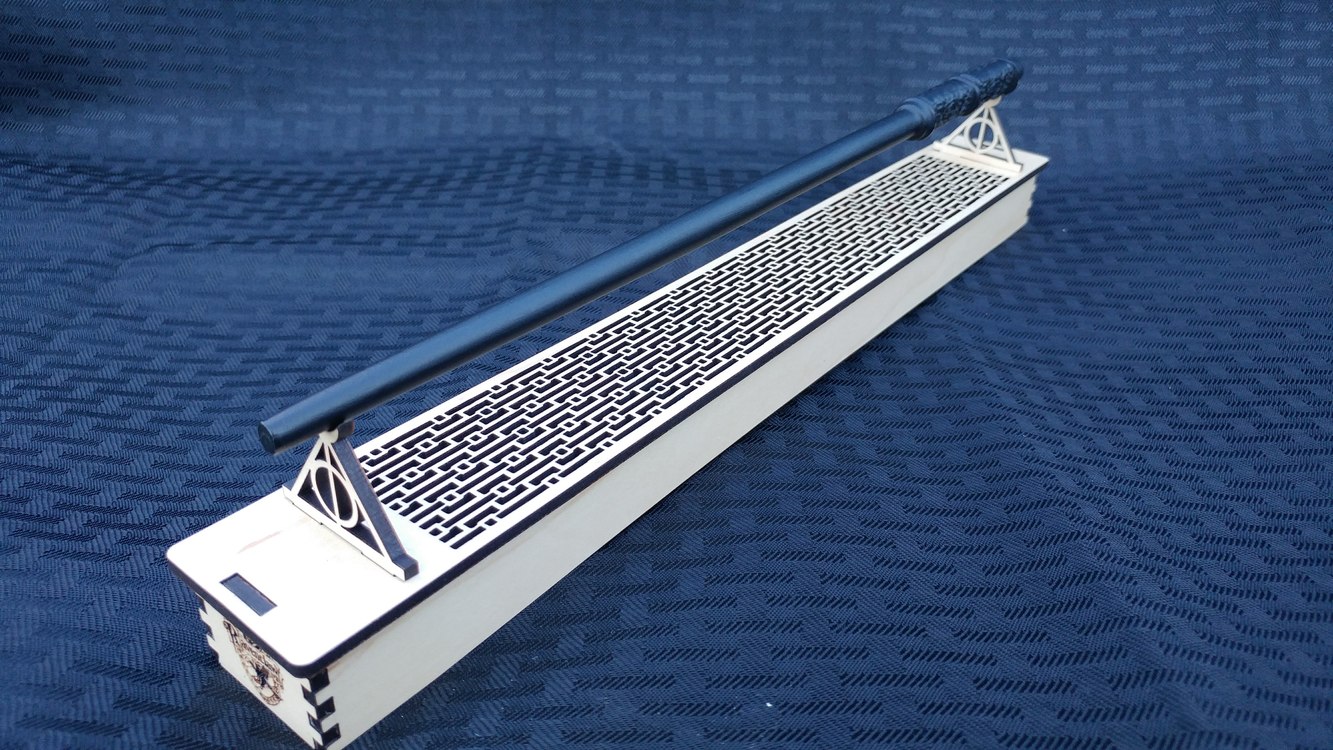 All of them are fantastic. The detail in the tops is awesome.

Makes me want to have a wand.

These are so epic!

That last one… Makes me want to no longer see them as a box and display… but only a display, where that “box” base lights up!

(They are already amazing as it… just an idea.)

Gorgeous!
I finally convinced my 14 yo to start watching Harry Potter…Tonight was the first installment with Philosophers Stone. His sister (who is a big HP fan) wants to take him to Universal next year so I’ve been on him to get interested…hes not a big reader but now may read the books as well… I think I have him hooked so I may need to make a few of these next year after he visits Ollivanders…lol

I like that middle one with the weathered look. Nice job

Ollivanders at Universal is such a cool experience!

Oh, they are beautiful! Nice job!

Most excellent! Looking forward to seeing THAT! Good idea, glad I thought of it. LOL

Awesome Job, they look great! This has been on my list of things to make since before I got the Glowforge!

I got a wand at Ollivanders when I went a few years back!
I was a little upset, though. I wasn’t chosen during the show; they decided to pick some little kid instead of the 27 year old.

So very cool!!! Thinking I won’t show my daughter and son-in-law these photos! They just turned their entertainment room into the HP room.

I love the escalating elegance/complexity of Harry Potter Wand accessories thing we have going on this forum.

It’s part of how I know I belong.

. I wasn’t chosen during the show; they decided to pick some little kid instead of the 27 year old.

How rude!!! Wasted on some dumb kid…lmao.

Very nice. I don’t have any wands. No magic.

A layer of diffusing acrylic just under the top? Or maybe engraved in a complementary pattern?