I ran my laser a good bit today. While I was changing out the wood, I noticed that one of the coverings to the wheels broke off. The wheel is to the left, under the tube. From my research it’s called the gantry wheel? I think there are two different kinds, so I want to make sure I’m clarifying which one I’m talking about. I tried to temporarily fix, but I couldn’t even get the wheel off. The part where you put the hex in, is against the wall. I couldn’t figure out how to take it off any other way. I tried loosinging the spring, but that didn’t work either because there’s a blocker on the wheel from coming out that way. I just don’t know what to do. It’s Christmas order time and I have so many orders to catch up on.

I’m also in Germany, so ordering a refurbished or new machine is out of the question. Especially when the problem is just a wheel.

Thank you for any help or insight. 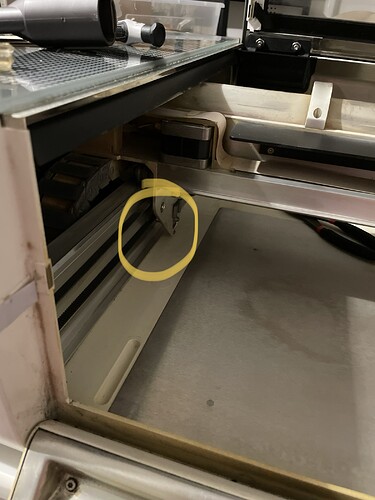 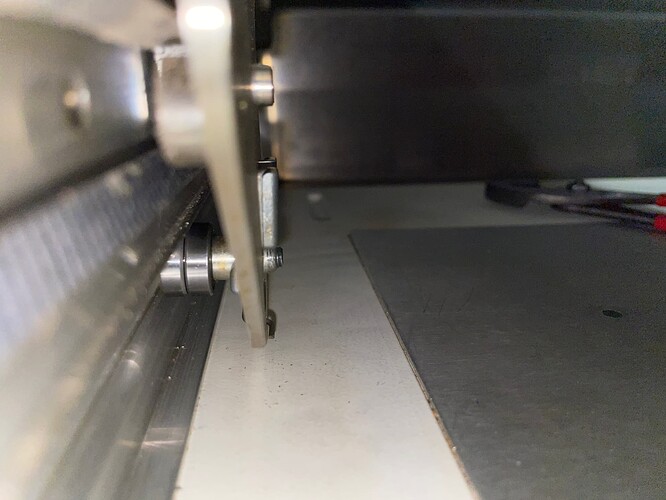 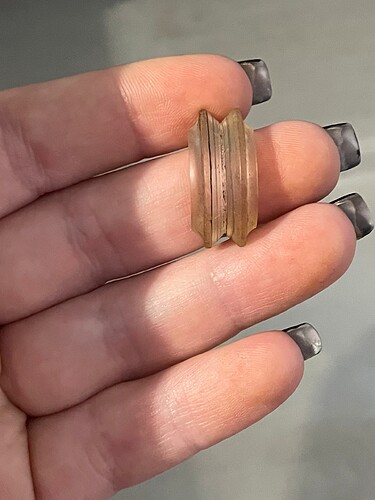 That wheel is not sold in the GF parts and accessory store. You need to contact support and see what they can do for you. Include the pics so they know exactly what you are needing. It may indeed be the same part as used on the carriage plate, but it’s not sold as-such.

Note that support does not sell parts or materials - they are all contracted out, so support will take a while to get back to you as they will have to reach out to that supplier to see if that can be sold separately.

But you can also poke around in this forum. The busted wheel isn’t all that uncommon. I dimly recall someone having identified a replacement that can be had from Amazon…

I’ve seen lots of post about wheels and replacements. I have not seen any about this specific area and how they were able to take it off to replace it. I can’t get it off to even replace it if I had a replacement.

I can’t help you with that. My GF has been rock solid since I got it. I haven’t had to crack it open yet. But surely, in one of those threads on the wheel, someone must have described the process. GF has to assemble it, it’s a replaceable part, so it has to disassemble…

Especially when the problem is just a wheel.

Looking, I am not sure how much the wheel is critical. Ideally it should not come into play as it keeps the gantry from bumping up. If the choice is to use it as is or toss in the trash then using it carefully is the obvious choice, and if some operation causes an issue then trying to design around that issue might be required (operating slower? no fast forward back changes?). I would also be very careful that no pieces fall next to the crumb tray that it might hit.

I don’t see any way to remove and replace it without completely removing one of the side rails, which would require significant disassembly of the machine. Even if you could remove the nut, you would not be able to slide the bolt out the other side. I checked the side rails to see if there was some kind of access hole, there is not. The gantry assembly is likely completed first before the remainder of the machine is assembled. That’s probably why they don’t offer the part for sale.

Edit - I take that back about removing a side rail. The only way to remove the gantry would be to slide it completely off the front of the rails. The way the wheels lock onto the V-rails from the top and bottom, it can’t be pulled to one side or the other.

I checked the side rails to see if there was some kind of access hole, there is not.

Could you drill a hole in the side rail (near the front to reduce potential issues later) and then line the bolt up with it and back the bolt out through it? Kind of like the shower door tracks that have cutouts to enable you to free the bottom rollers.

I thought about that but the side rails are fairly wide, and the hole would need to be so low to the floor, no drill I own could get down there to drill a hole parallel to the floor. Plus that lower wheel is spring-tensioned so I’m not sure how easy it would be to get a new wheel in-place.

If it were me, and as my machine would not be eligible for refurb exchange anyway, I’d give it a go. Certainly not for the feint at heart.