How about a Glowforge dust cover

I know that many of us will tuck our laser away in work areas that periodically suffer from environmental contamination that is the result of creative entanglement.
The ability to protect my investment from cosmic debris would be very attractive…

That is going to be my first project on my GF! I am a little apprehensive of having my GF anywhere near my future X-Carve or other wood manipulators so hopefully the Cover will help some.

Incredible how much dust finds it’s way into everywhere.

How do you foresee building it?
I brought it up thinking it would make “hopper” material, thinking of an office machine dust cover.
(that comes with them… hint)

I’d like to have a cover as well. Maybe @jacobturner will actually end up making a “deluxe leather Glowforge cover” and putting it in the store.

First prototype would probably be clear vinyl (soft) or clear acrylic (think turntable cover). This will allow me to not to completely hide the beautifully designed machine (like putting a bulky case on an iPhone) and it will allow me to see the accumulation of debris in the area easier.

Sounds like a job for my roll of 7-mil mylar, soon as I can figure out a pretty connecting strip.

I am curious why you think of me for a prospective cover design, instead of the “Leather Lady” or anyone else who has posted leatherwork.

Amusingly, it is one year ago today that I added some engraves to the faux leather cover I hacked together for my monitor: 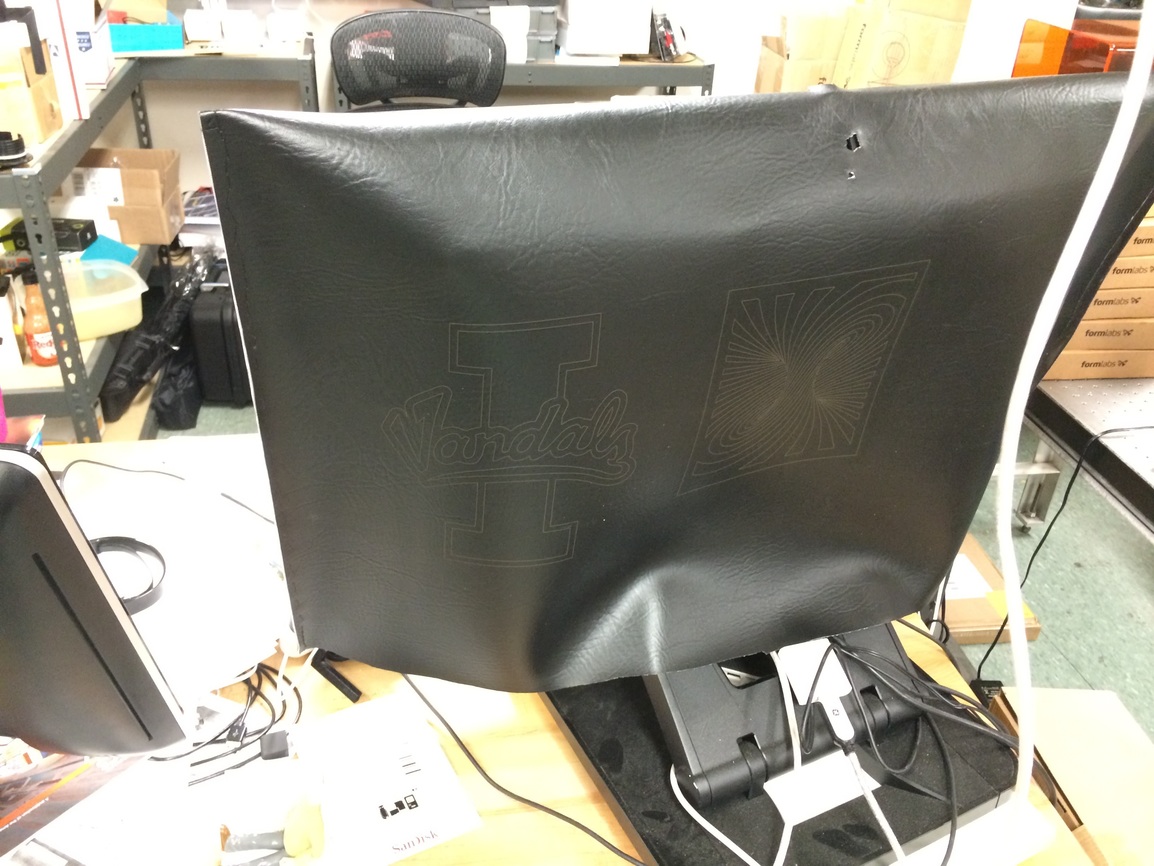 But I had not remembered sharing that on the forums. I must have, as it is the only reason I can think of for you to call me out

I am quite highly inexperienced with leather. (this fake stuff was quite likely very bad to have actually cut, but it was a short job)

Picking the right Laser for the User

As well as a deluxe leather glowforge cover. Anyone will make overpriced anything available so long as suckers buy it. I don't think there will be one from the actual Glowforge company though.

Oh, and my reply…

Picking the right Laser for the User

That'd be a good project for the store. (I actually think so.)

Go Vandals! Though I have to say I hate that new logo. I much preferred the old Joe Vandal logo.

I have some heavy-duty backpack material that is waterproof and easy to clean. I would make a dustcover out of that material. It is stiff enough to hold its shape, making it easier to install and remove.

I think my dust cover will be dual purpose.

I can’t imagine using the Forge more than a very small percentage of the 24/7 that it sits on my table, so I’m planning to build a hard surface (with soft underside) that sits on the Forge and gives me an additional working surface when not Forging.

I’ve gotten very accustomed to using the empty table where the Forge will someday go as a work surface now, and I don’t want to lose that!

I’m not artistic so my first thought is an acrylic, open-bottomed box. First rev would be glued walls, next rev might some sort of collapsible design so the cover would take up less space when not covering the GF.

My planned workspace is pretty clean though so my GF will probably just sit on its table and rely on its own cover for protection.

You would think the Pro would come with some extra attention to details like this.

That’s a good idea. Multipurpose.
The laser is large enough that the top surface of the cover would be useful.

some sort of collapsible design

can the cover collapse and fold in such a way as to become a pair of feed-in/feed-out trays for the pro passthrough?
I think it can. 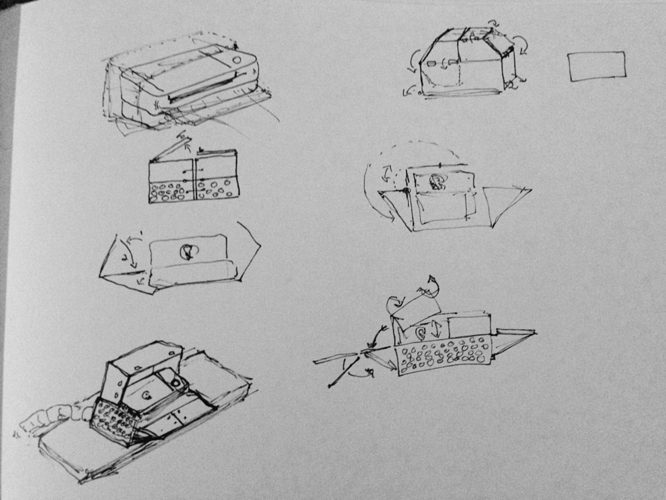 The x-carve throws so much crap around (even with dust boots)… Especially when you cut MDF (I have it separated room wise from 3D printers, etc…

Thanks for the info! Now to build a new workshop for the X-Carve…“Oh, honey!”

I see that this is an old subject but one I, as a recent Glowforge recipient still think is relevant. My GF will be in my woodworking shop and while I have a dust collector and air cleaner there is still a lot of dust around.
The information that came with the GF stated that there was a plastic bag surrounding the GF but it wasn’t there. That would have made a good cover.