How to Kill a Print 🤔

For legal reasons, we are not allowed to discuss safety concerns except in the Beyond the Manual section.

Note: It’s not unusual, depending on what and where you are cutting, to see the equivalent of a candle flame underneath the material where the laser is piercing the material, and you can see it at the top as well. The air assist usually keeps that knocked back on the surface, but if you are cutting too close to an edge, or near previous cuts that allow air to get in underneath the material, you can see it flame up up a little on top. That isn’t going to hurt anything, and the flame should go out when the beam moves out of the area.

What you don’t want to see is a flame that continues burning after the laser beam has moved on away from a spot. That’s a sign of ignition - stop the cut by lifting the lid about half an inch to break the magnetic seal. 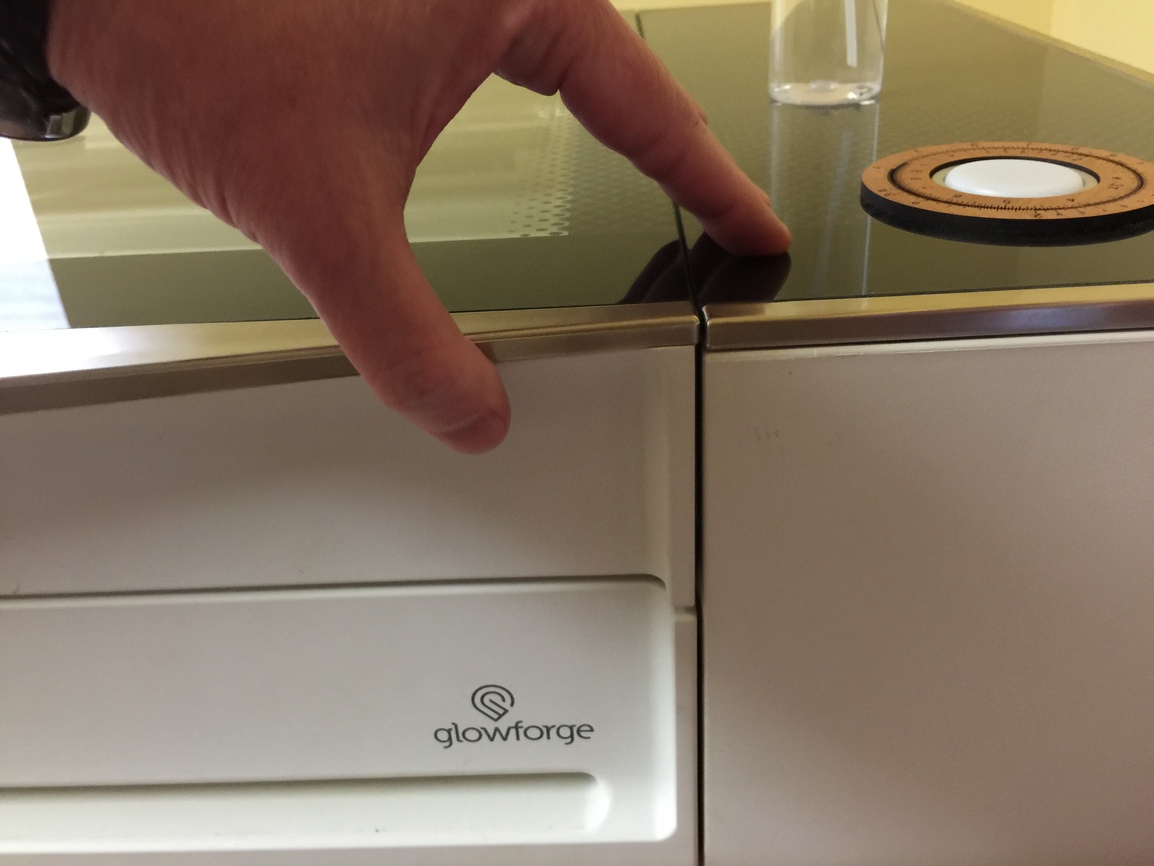 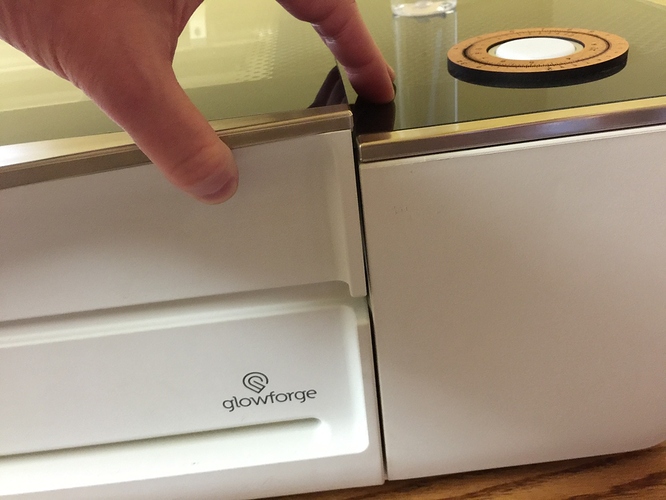 After you break the seal you can lower the lid back down.

Don’t try to cancel the print from the computer - after the instructions have been sent to the machine from the cloud, it will finish the cut.

That’s all it takes, I can do it with one finger in a fraction of a second. Less time than it takes to find and press a button. Granted though, it’s not nearly as fun and exciting as a panic button.

I would highly recommend that new users practice killing a print a few times to see what happens. After the magnetic seal is disrupted at the front of the machine, the head quits firing and returns to the home position. Don’t wait until you need it to get familiar with the process.

Granted though, it’s not nearly as fun and exciting as a panic button.

Yes, I know @Jules has a pro, but should have mentioned it.

or here for that matter

Hello fellow Glowforgers, First post, but it’s a doozy. [Estop%20Disconnected] [Estop%20ConnectedCENSORED] There’s something about making your own parts that just feels good, and while not very pretty, it works quite well. EDIT: Oh, forgot the stats, 24-ish foot cord so i can walk around the room with the “Please Stop” switch in hand, i plan on opening the pass through, and now, i’m all set.

In the event of fire I was planning on posting in Problems & Support. Is that wrong?

Damn! You guys are too funny!

Great show. Moss was my favorite.

The manual instructs: “1. Pull the plug on the back of the unit” so I’m going to move this to Beyond the Manual.

@Rita, if this is not correct, would you please delete the thread? Thanks.

. Pulling the plug as the first step seems a little weird to me. What is also funny-ish is that it doesn’t actually spell out that you have to open the lid to put out the fire. I am imagining people applying wet towels and extinguishers to the top glass, which likely is not the intent.

This is one I’m personally going to take my own road on. While the FNLs probably want the cord pulled so no more electricity could possibly continue to feed the beast, I’m popping the lid - & then in the remote case the lid safeties have failed I’ll pull the cord.

Also, I’m pretty sure they would want the machine off when using water. Something about water and lots of electricity, I think.