So normally my ridiculous workflow has been autocad–>Illstrator–>laser
However i designed somethign in illustrator today (see pic). Now i notice that when i draw a box inside of another it becomes just one thing. I have made teh lines and text paths with a width of one. However the 2 boxes still register as one solid operation. 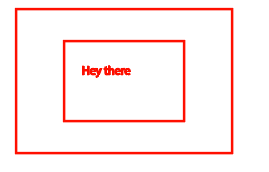 In order to get different operations you will need them to be different colors.

For instance, I’m going to assume you want a Cut (outside box), Score (inside box), and Engrave (text). You will want to use three different colors (i.e. Red - outside box, Green - inside box, and Blue - text).

When you load it into the Glowforge, on the left hand side you will see three different boxes (otherwise known as jobs) that you can select and change settings for. You can then set the Power, speed, LPI, and the number of times you want the job to run.

Hope that helps and happy lasering!

oh wow, do i not need to use paths then haha??

I use paths in Inkscape, but that is just so that I can have specifically thick lines when I want them. (Paths turn a displayed line into a bounded shape.) You can have all sorts of “designs” around your line, but the laser will ONLY see the original line that you drew (thickness of a line means nothing to a laser). If you turn it into a shape using paths, you can have a thick or thin line.

I’m an Inkscape guy and can help a lot more in that arena. But we also have representation for Corel and Affinity Designer if you ever run into issues with those tools.

The Glowforge interface treats anything completely enclosed inside of a closed shape as a group. (That’s so when you move it around to place it on the material, you don’t accidentally leave something behind.) But it sets up operations based on Stroke or Fill Color.

Try saving out of AutoCAD as a PDF. When I do this with another CAD program it imports as a vector for the GFUI.

The Glowforge interface treats anything completely enclosed inside of a closed shape as a group.

I have on occasion wanted the inside stuff to change separately and found that if you break the line into separate pieces it is no longer closed. This was a huge problem with the hex pins as there were several parts easily left behind but very hard to fix

I haven’t tried that, but yeah, an open path will not keep everything grouped.
(It was a real problem with CAD files in the early days - so many of those came across as disconnected line segments instead of joined paths, and if you had a really crowded board, it was hard to select just the piece you wanted to move without dragging part of the next piece along with it.)

(It was a real problem with CAD files in the early days - so many of those came across as disconnected line segments instead of joined paths,

I worked for a while doing electrical design for giant machines that would take gasoline saturated ground and burn off any fuels. So it was not like chip making but ever connection had to follow with an arc jump where lines crossed on the page but did no connect in the design.

If you need any other help, you should be able to find a tutorial in the Tips and Tricks section of the forum. I hope this helps!