@jules said she was going to come after my a**…

Problem with the Preview Panel during a Print Problems and Support

I’m gonna come after your a** if this screws up my engrave…it’s already a rerun.

Okay…here goes…prepare to make a run for it… And now we have no preview panel, but no countdown clocks either. No gain. (But it didn’t kill the print so you don’t have to sell your house and hit the road in an RV.)

I had to take some drastic measures.

Rio and I are on the lam.

We were driving down the road not too long ago… Rio casually looked over and said, “I want to see all of those places that are in those puzzles you’re shipping out.” 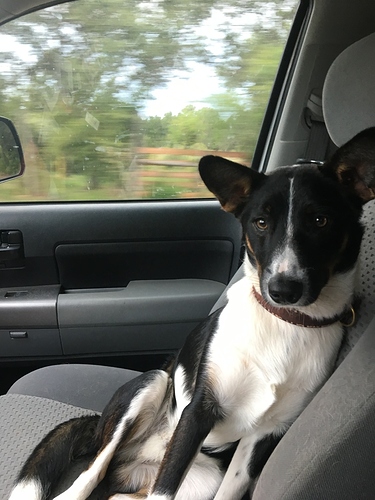 I told him maybe one day we could… but that takes money, so we’ve gotta keep on keeping on.

We kept cruising down the road… sharing a few minutes of silence between us, when Rio says, “well … what if we just go see things, you make new images, I chase everything I see, and you just make those puzzles from the road?”

“Rio, I know we just got you fixed… and you’re on some decent pain meds but we can’t bring that Glowforge in a tent.”

Another couple of minutes of silence passes between us… me keeping it between the lines; Rio concentrating on the oncoming traffic, until his head does a yoyo, front to back as he follows a vehicle that just went by.

“JB, I love sleeping in a tent… but, you know me, I kind of like my creature comforts too. What if we got one of those big things that just passed us?”

I check out the rearview and see the clearance lights of an RV in them. 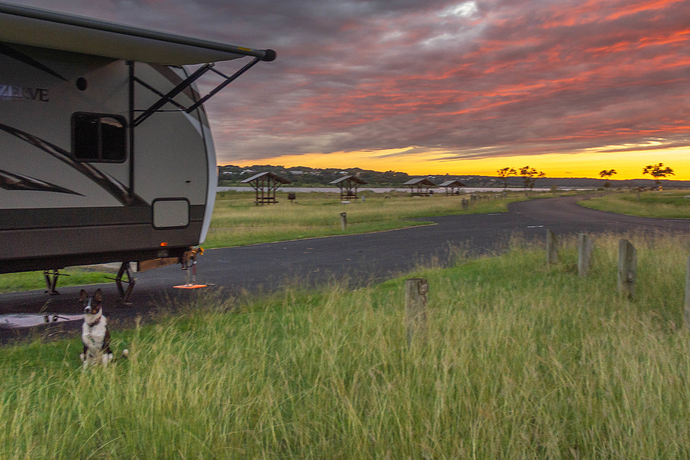 The Glowforge is moved in. The 185lb printer is moved in (I’ll spare you the details of that). The camera stuff is moved in. And, the last remaining things that I didn’t sell are pretty much moved in. Rio and I are shaking out the bugs, developing a workflow, and Glow forging ahead. 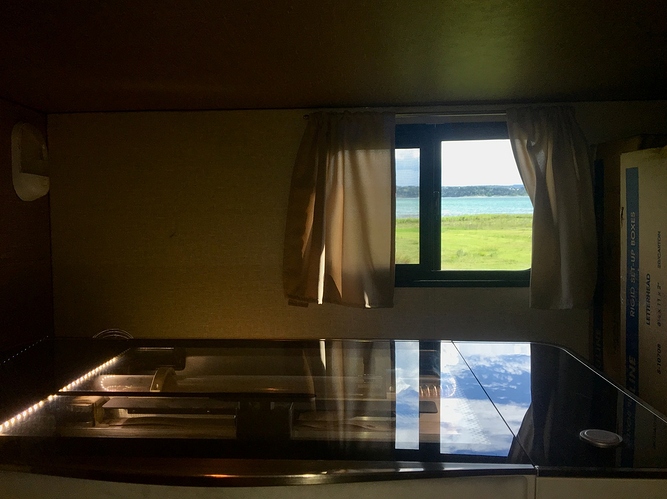 Damn! I do good work! (aka: kicking butt so that creatives hit the road where they can be even more creative…)

I’m going to be jealous of your adventures, you lucky dog! (You too JB!)
Incredible photo.

Amazing. I’d love to do that in another life (aka the one that doesn’t involve 2 introverts, 2 kids, a cat, and a hedgehog). Can’t wait to see the journey unfold!

Damn! I do good work!

I’ve had that post bookmarked to use as a segue to this post since you made it!

Congrats!! You got a good dog there too!

You’re gonna wind up rich doing this…maybe I should charge an agent’s fee.

Didn’t know you had a hedgie…what’s his/her name? (Or maybe I did at one time but senility is setting in these days.)

I don’t know if I ever explicitly said… I just occasionally pass along her approval of/appreciation for your artwork.

They are very photogenic little critters! (My little guy was named Hitchcock - he’s no longer with us, but he had a good life.)

I’m sorry your little guy is no longer around.

My hedgie doesn’t seem to love having a picture taken, but sometimes she’ll strike a pose. 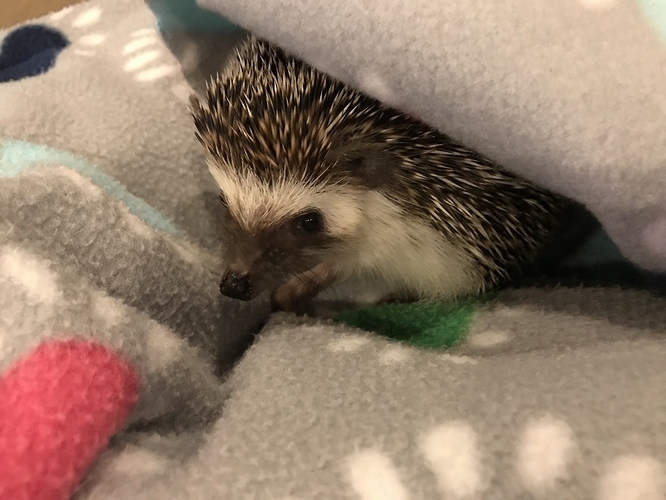 And best of luck!

This warms my cold dead heart.

Inspiring! Kudos for listening to the wisdom of dogs.

Wow! Safe travels. If you are going through Missouri, I can find a level spot for you and a nice field for Rio.

We travel in a 35 ft diesel pusher RV and are trying to figure out how to Glowforge while on the road. Really want to make things at craft shows, flea markets etc. venting is the problem now until the filters are available. Not giving up…just slowed down. But slow is good as camera is always fired up and ready to shoot awesome shots just like you have done. Happy trails!

venting is the problem now

Just put a “T” in the exhaust with a shutoff, Who would complain if your exhaust smoked a bit or smelled funny?

I have a 40’ that needs more attention than I have available but I would worry more about WiFi than exhaust.

Fantastic! Hitting the road with a Glowforge - all the best to you!

BTW - where exactly does one get a hedgehog? Never saw one at my pet store.