I apologize in advance for the long post…
I have a multi-variable issue that I am not sure how to resolve. Maybe someone here has some advice.
I have had a Glowforge for several months now and have been doing the basic engraving/cutting on wood and tile and whatnot; which has been awesome. Yesterday, I decided to take one of my electric guitars and replace all of the cavity covers and pick up rings with laser cut Walnut just to see how it would go.
My process was to take a piece off the guitar, align it as square as possible on my scanner and scan it at high res, then take that image into Adobe illustrator and trace the shape. I then added the screw holes and created radial gradients for the countersink for the screws.
1st off, I noticed that my scans were not 100% accurate in scale. They were very slightly off; which I do not think I can remedy. Any thoughts on this would be helpful.
Regardless, I forged ahead [pardon the pun] and did my work in illustrator. Everything was fine in illustrator until I went to export the SVG. In the SVG export, you can hit the little earth button to launch a web browser to view the SVG. I always do that to make sure I remembered to outline my fonts etc. When I did, I noticed that part of my paths had shifted positions. However, if I re-opened the saved SVG in Illustrator, it looks fine. When I upload to Glowforge, the shift in positions is noticeable as well. When I did the etch and cut, they were indeed out of alignment.
I have gone through many of the additional settings in the SVG dialog [not all] and it always seems to do the same thing. Ultimately, my cuts kind of worked because the wood is soft and the screws align themselves as they are screwed in. However, I would like to duplicate this project but with colored transparent acrylic which will pose a problem if the same misalignment occurs.

This is the inital scan of my truss rod cover… 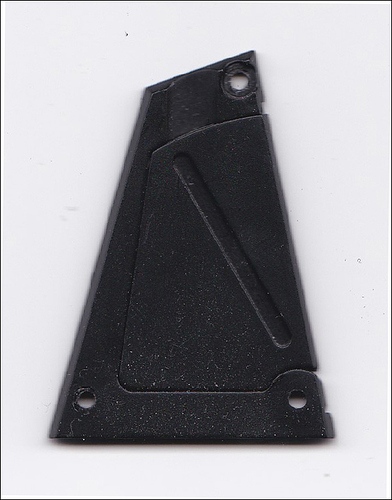 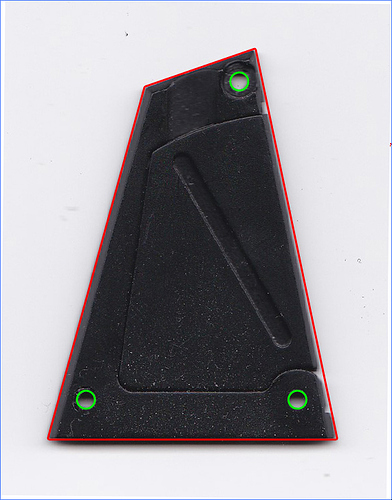 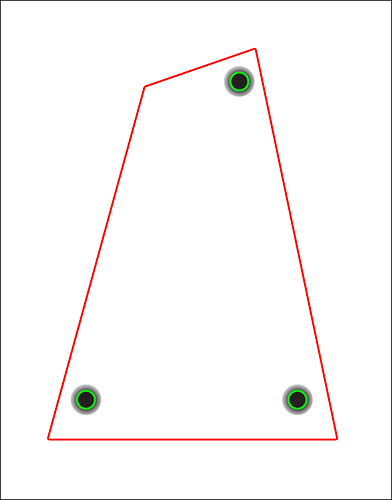 Shift in paths during SVG preview… 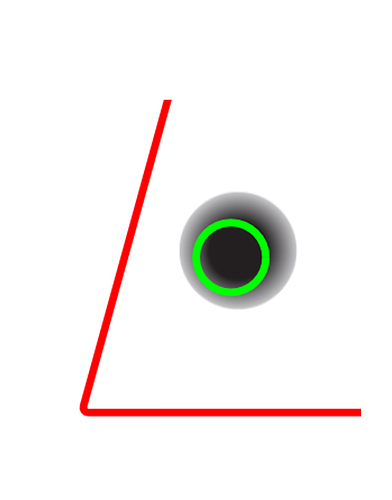 Re-open same SVG in Illustrator and it looks fine… 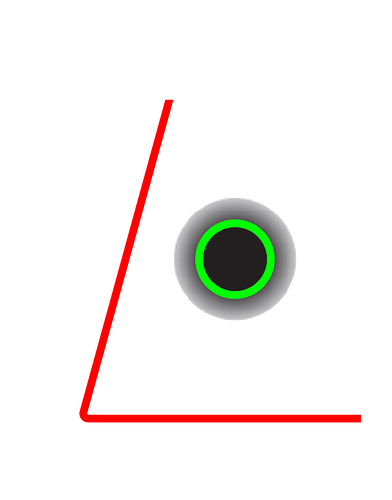 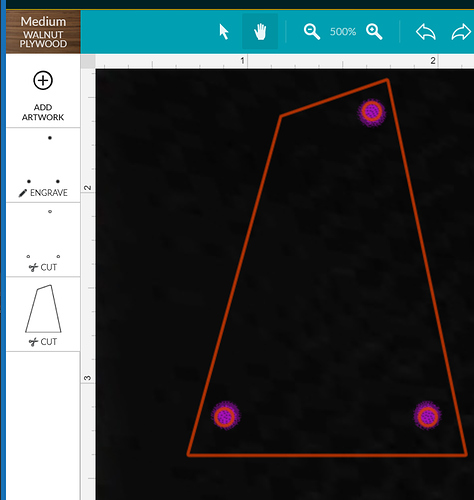 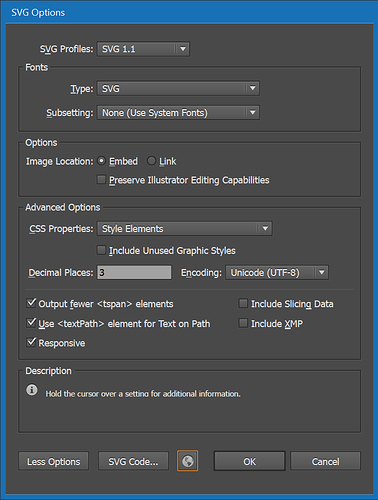 Does anyone have any ideas or have you experienced this as well?
Like I said, It kind of worked but only because the wood was soft enough to allow the screws to re-align to the screw holes. I doubt that it will work with acrylic. Also, if anyone is using the same scanning technique to get the shape and noticed a slight scale issue, if you have suggests, that would be great as well.

try these settings, and let me know if they solve your issue. 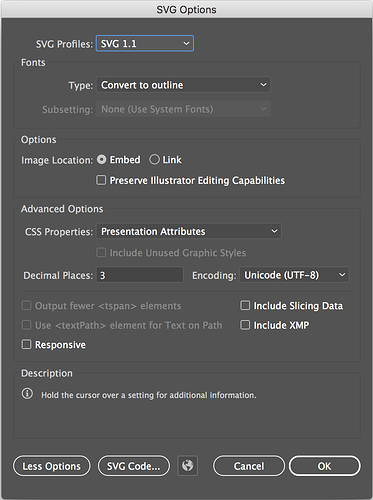 Thanks for the quick response. I tried those settings and the SVG preview still does the same thing. The green screw hole paths still are shifting…

if you want to post the file, I can take a quick peek

That is odd, (but you do definitely want to uncheck Responsive when you save the file. That can cause sizing issues.)

Can you post your AI file (zipped first) so we can play with it? There is something funny going on in AI

It’s wonder if that’s not a pixel perfect issue, since the gradient is a raster.

I was wondering if it might be something like that, meaning that in Illustrator, you can have sub pixel alignment but that the SVG requires pixel alignment, however, it seems like the screw hole cuts [vector] were the ones moving and not the countersink [gradients]. I actually did a test where I offset the screw hole cuts the opposite way and then the SVG came out OK. It was a bit of back and forth and eyeballing it, but it did work. I just don’t want to have to do that every time. If indeed it is a raster issue on the gradient, another solution would be to just create a larger black circle a an engrave and lose the gradient. that way the screws will still counter sink but won’t have the sloped edges…

Also, if it does end up being a pixel alignment issue, that would be a problem because the holes I have to match are fixed on the guitar so the cavity cover cut would need to match those.

Don’t know what’s causing it…I’m seeing it too. Might be worth fiddling with a little bit to see if whatever is causing the effect can be isolated.

(I’m using an older version of AI too, so that slows things down.)

the issue is def with the gradient image layer. I tried erasing that layer and adding three separate gradient circles, each individually rasterized. It seems to come through fine, although I haven’t tested that gradient for effectiveness,
RG 470AH Truss Rod Cover_altj1.svg.zip (11.0 KB)

I was suspecting that. I guess I can do my solid black circle engrave for a countersink rather than use the gradient. I just thought it would be cool to have a proper countersink.
Thanks for the help!!!

Also, if anyone wants to see the final results. Here they are… 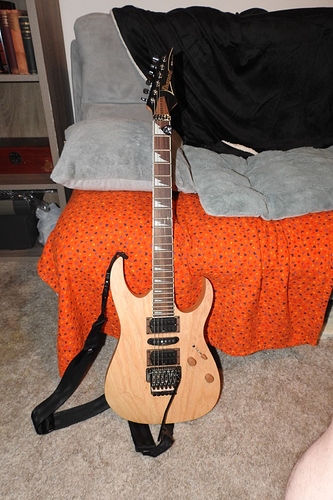 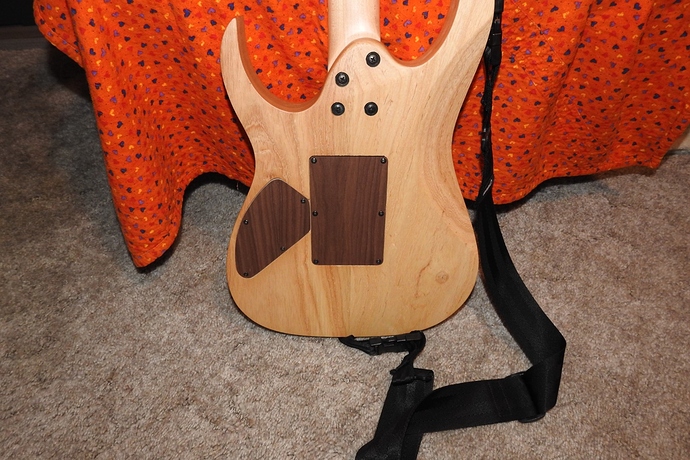 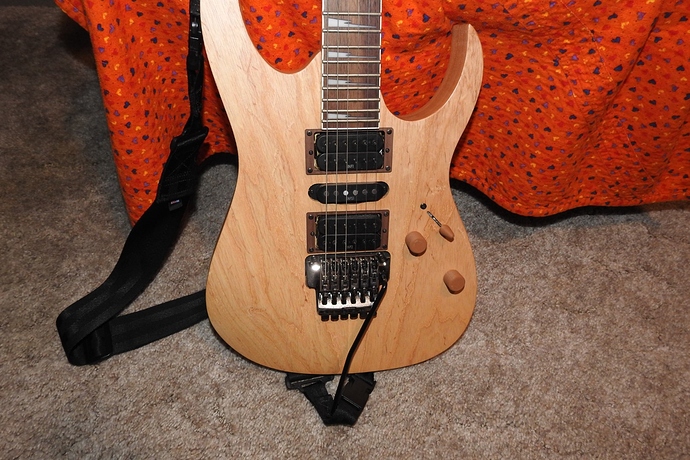 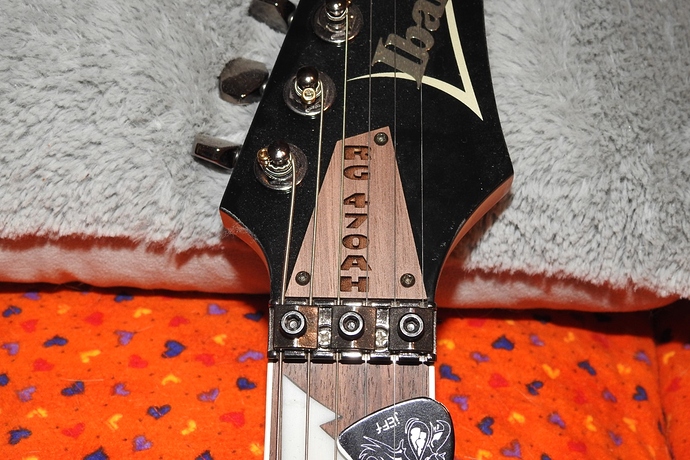 I was planning on doing the knobs as wood as well but just made some quickie ones on my 3D printer last night. They look goofy but will work until I make the wood ones.

Sweet! The zipped file I posted above has the gradients I made as separate objects, I think having the engraves as separate raster objects will allow the machine to better optimize the engraving time. But if you have flat-bottomed fasteners, no point messing with gradients to countersink; your solid black circle will be good.

I also tried your version by making individual gradients and rasterizing each as I go and deleting my layer, but I still get a shift. I wonder if it has to do w/ my version of illustrator. I can upgrade, so I might try that as well.

Thanks for all the help!!!

Well, I just created one that didn’t shift…but what I had to do was:

That file, when saved, comes across as aligned in the preview. 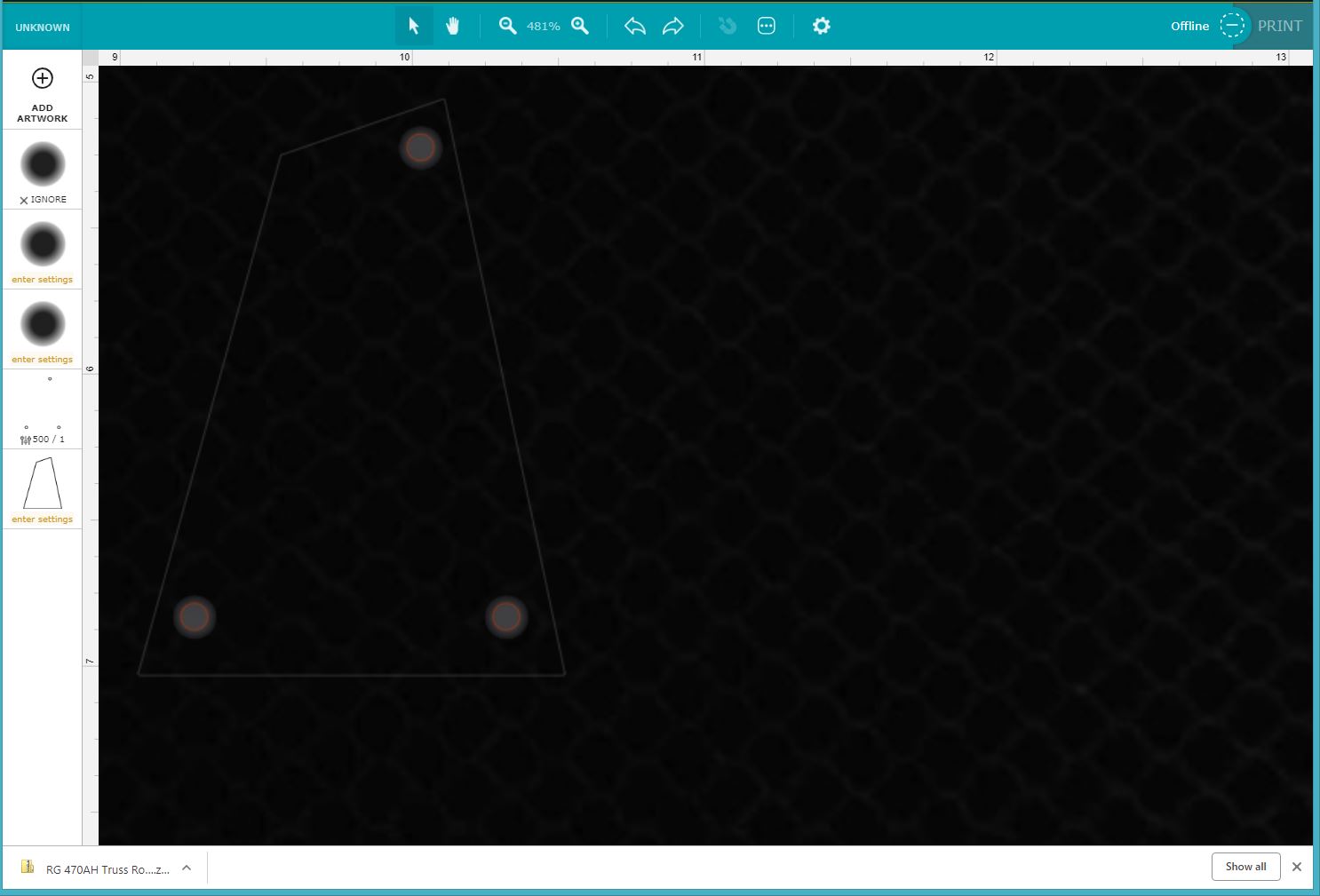 So any one (or all) of those things might fix the problem. Definitely agree it’s something going on with the pixel size here, or something in how Illustrator is treating it.

FWIW, the GF will also accept a PDF. I find a less issues when i print from PDF than from SVG. and Illustrator/PDF are tied at the hip, so it feels safer to me.

that’s just me, others prefer SVGs.

Ok, cool JBV found a similar solution. Thanks for your insight as well! I’ll try that with the next one!

Oh, I didn’t consider a .PDF export. I went and tried that as well. 1st try said that Glowforge doesn’t support masks. I didn’t have any so I re-saved it and unchecked Preserve Illustrator Editing Capabilities. That worked. It uploaded to Glowforge just fine. Everything was still aligned!!!

Thx for the suggestion! This seems to be the easiest fix and I am all about making things as easy as possible! Easy = Faster. Faster = More profit