I have casement windows so my venting options are very limited. I picked out a temporary spot so I can vent through the chimney until I can make more permanent plans. I was all set to go with a grounded outlet right next to the fireplace. Well, I just used that yellow tester thing that nice folks here recommended (in the pic) and my “grounded” outlet isn’t really grounded… son of a%#*$^ I have truly grounded outlets in other rooms that I’ll have to use. (The closest one is in the laundry room so I’m assuming it’s on the same circuit?)

Electrical stuff makes me nervous so I’m just double checking to make sure I’m tackling this correctly. I know an extension cord isn’t a good solution and I found where @dan said you could replace the power cord with a longer one instead.

I looked in the FAQs and did not see an answer to this. I would like to know how long the cord to the Glowforge is, please? It will have bearing on placement. Thank you

I found the below cord that I can hopefully use? 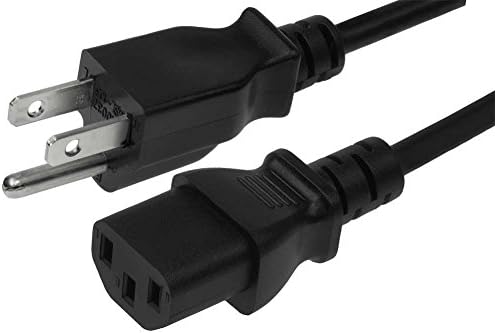 Someone had recommended a surge protector as well so I previously bought the one pictured. (The yellow thing is the grounding tester.) Hopefully the longer cord and surge protector will work. While my setup aint going to be pretty, I’d settle for just getting it running safely at this point

On a side note, it’s been +110 degrees here and 4 days ago my air went out. During those four days I had a dog that decided she should come in season. Between the sickening heat, no sleep, an unexpected $6,500 bill and three very frustrated, obnoxious male dogs, I’m a bit fragile right now lol. Good news is I have a new AC and furnace and hopefully a new GF coming that’ll lift my spirits

Ouch! No idea on the cord, but I sympathize on everything else.

It’s a 15 amp cord, you are more than OK for length. Peak draw for the glowforge is 800 watts or about 7amps so as long as you don’t have much else on that same circuit, you’re OK.

Have you turned off the power to that outlet @kittski, taken off the outlet plate and see if the wire to the outlet has a ground? Or is not connected to outlet?

No, but at your suggestion I’ll get brave and have a look! I’ll post back what I find. Thanks a bunch for the info.

Cool, I’m going to push buy so it gets here in time. Thanks.

Ouch! No idea on the cord, but I sympathize on everything else.

Thanks Jules, it’s been a rough few months and the AC thing was just the topper. Hubby and I reminded ourselves that we are blessed to even has such issues as AC to deal with though. It hurts and we’ll be getting top ramen for a long while, but we’ll live. I think I might put together a GF art sale very soon

I like to mix it up and splurge on Beanie-Weenies once in a while.

Dang it, I didn’t see ground wire. In a quick youtube search, it looks really easy to add a ground wire to a metal box. Of course, here’s hoping the box itself is already grounded :-/ I’ll get a circuit tester this weekend and check. Hopefully it is. It’s interesting becasue the outlet on the other side of the wall is grounded so maybe I’ll get lucky.

Hahahaha, or meatball SpaghettiO’s if I’m feeling spunky. My husband the professional chef gets visibly upset to see them in the pantry so I have to hide them.

Hopefully you can run a ground wire from the adjacent box and ground both the outlet and metal box that you want to use for your GF.

I just finished some electrical work at my daughters house. None of the switches in the house were grounded, the electrician had cut all the ground wires where they came into each box. It was a pain, but I was able to put pigtails on each ground wire then hook them to the switches.

the electrician had cut all the ground wires where they came into each box.

I would have to say ‘the guy who did the electrical work’ rather than call him an electrician.

I was miffed when I went to upgrade the bathroom light fixture over the sink, it was screwed to the sheetrock and no junction box to hang it from. The ground from the Romex was wire nutted though.
Looked good from his house.

Looks like the wiring in my 60+ year old house. Mentioned this in a previous post Shop Upgrades! I had to pull new wire from the circuit panel to the outlet. That was the easy part, cutting out the old metal electrical outlet box took some work with the sawzall (obviously with the old circuit was turned off) to remove. Pulling the wire up the wall from the basement was the biggest challenge as the old wire was stapled to the stud (as it should be) and I had to work my arm down the small hole to pull out the staple. Once this was done, pulled the new wire up the wall using the old wire as a pull line. Installed the new box and outlet. Now I have a dedicated 15 amp grounded circuit in that room.

Way more work than I was expecting, but what else are we doing while waiting for our Glowforges to arrive

Hehe, yeah, I fished a coax from the attic down three floors to the walkout basmt. Took a weekend, with some creative access holes in a few places to drill through sills at floor level.
Could have snaked it along the outside of the house, but where’s the fun in that?

Could have snaked it along the outside of the house, but where’s the fun in that?

You are as crazy as me @PrintToLaser !!! I put a floor in an attic so I could access it then ran coax and phone wires down thru the walls to eight outlet boxes in the house instead of having the wires show on the outside.

Glad there is wireless now!!! Wish it would have happened years earlier.

Wish it would have happened years earlier.

Oh Man!! 8 locations??! Agreed, but we who came from way back in the '19s have a greater appreciation for the evolution of technology.

Glad there is wireless now!!!

Agreed, but we who came from way back in the '19s have a greater appreciation for the evolution of technology.

What?? No wires? What sorcery is this that allows magic pixies to dance without giving them something through which to dance??