Inconsistent Kerf as a function of position

I initially posted this issue on Beyond the Manual. I’m putting it here now as I think it is more fundamental than just the 6mm acrylic I’m cutting. Thanks to @eflyguy for ideas on the other thread. I’ve made some edits from the other thread to make my comments more accurate/precise.

I am making an assembly out of 6mm thick cast acrylic (clear). I have one piece that has tabs that insert into another with holes (perpendicular parts). I carefully calibrated for the kerf and used the measured kerf in Fusion 360 to generate my design files using the colorific plugin. In order to increase clearance and allow parts to slip together, I intentionally reduced the kerf width inside Fusion 360 by 100um.

With some parts this worked great, but with my 140mm diameter disk (with holes to insert tabs) the hole size varies from place to place. If this were a clock there would be a tab hole at noon, 3, 6, and 9. Each slot size is different. I get a loose sloppy fit at 3, but can’t fit at all in 9 without forcing it. At 6 and 12 the fit is too tight, but a bit looser than at 9. (In this description noon is towards the resting position of the gantry and 3 is towards the magic button.

I cut the part again using 6mm thick black cast acrylic. Same exact result. I double checked that the crumb tray was flat and there were no scraps under the acrylic.

I measured the thickness of the acrylic from one side to the other. It varies by about 150um (out of 6mm) on the black acrylic and 80um on the clear acrylic.

After a suggestion by @sqw I cleaned all my optics and repeated my cut. Results with nearly identical.

If I’m looking down at my component laying on the crumb tray (with the laser to the north and the button to the east) . The following information holds:

East - by far the loosest fit. The slots are largest on this side. They appear to be larger with regard to both the N-S and E-W dimensions.

West - appears to be the tightest fit.

There is some apparent variability here, but I don’t think that it is likely more than my error in placing the caliper reliably.

In order to quantify the error I made a simple design with four 20mm squares. I placed one at each corner of the circle (in my scrap) as shown in this screen shot. 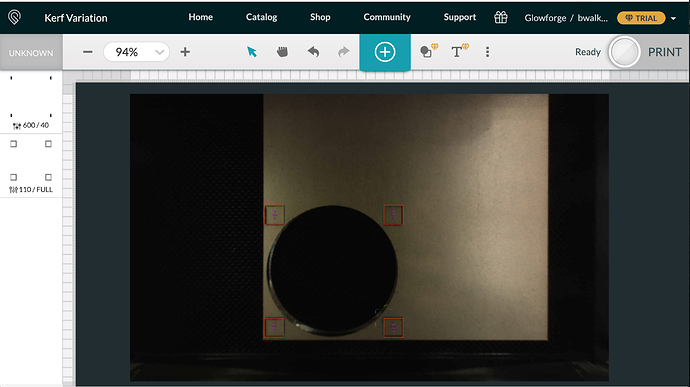 I then used digital calipers to measure the height and width of each square. The measurements are shown in this figure. 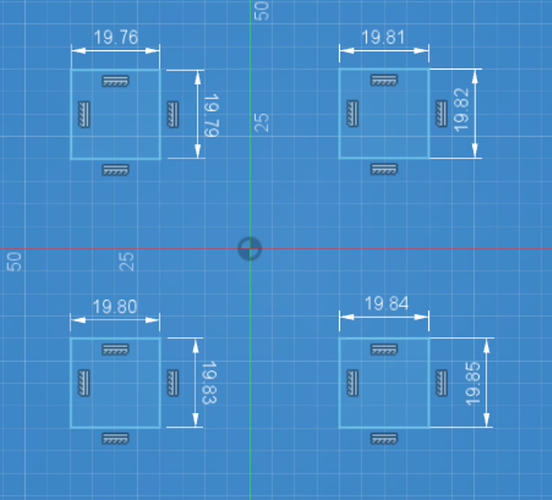 I have to suspect that this is a power fluctuation because of beam misalignment. I should note that in the process of trouble shooting this issue I found impact damage to one corner of my crumb tray. It is not enough to mess up the planarity of my tray, but it suggests that my system took a beating somewhere along the line. It must have been during transit, because I’ve babied it.

In reading related issues it occurred to me that perhaps the gantry was out of square. I went ahead and followed the gantry squaring procedure as described in the support section. I was unable to square the gantry, as shown by the following photo. 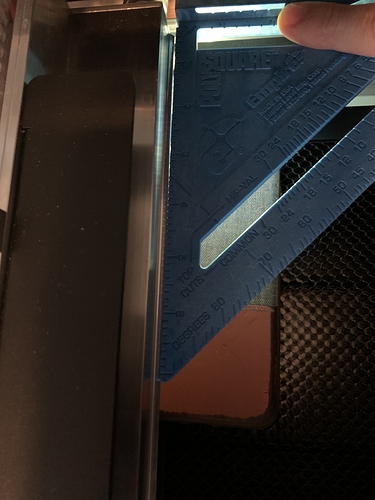 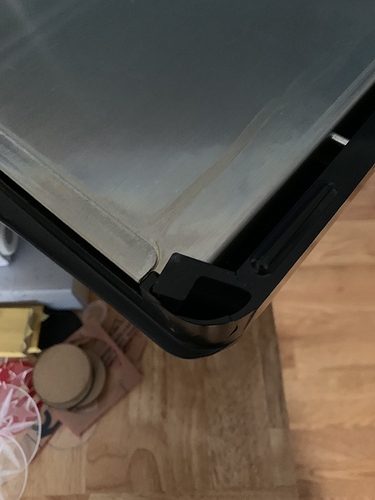 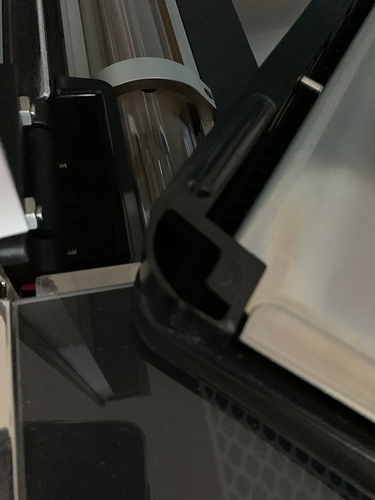 From @eflyguy on another thread:

After reading your detailed post in P&S, I had a thought… (I don’t have “TV”…)

In short, I measured the holes left from the squares I cut, and they have as much “variability” as the squares I cut from them. I don’t have a way to match up each piece as I used scraps for the test, but this leads me to a conclusion which supports my past experience - it’s not the kerf that’s varying, it’s the cut path/precision of beam placement.

There was another thread on this a while back, where someone had noted a difference in size depending on axis. I had done some similar tests during that discussion and found the same results - the machine simply isn’t as precise as they were hoping for.

Reflecting upon this issue I wondered if the kerf variation was a function of melting and cooling of the acrylic. This could be differential as a function of position because of air flow within the system.

The above parts were cut with a Basic model, Speed 110, Power Full, 1 pass.

I did some experiments to figure out whether I could get a cleaner cut with multiple passes. I still used my Basic Glowforge but changed Speed to 120, dropped Power to 80, and increased to 3 passes. The parts were spaced on a scrap piece similar to the trial above. The edges of the parts were less glassy (less melt) but the part size was more consistent, as shown in these measurements. 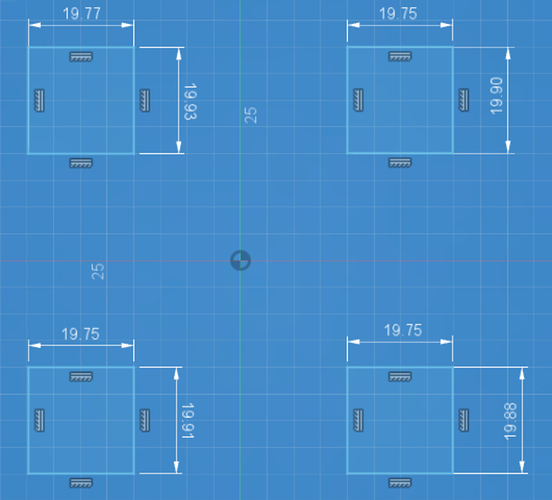 I’m sorry that you’ve run into trouble and you’re getting unexpected print results. Thank you for the detailed photos showing the damage to your crumb tray. I’d like to take care of getting a replacement sent out to you, so I’m going to close this thread and I’ll be in touch via email to sort out the details and provide additional information based on the questions you’ve raised.