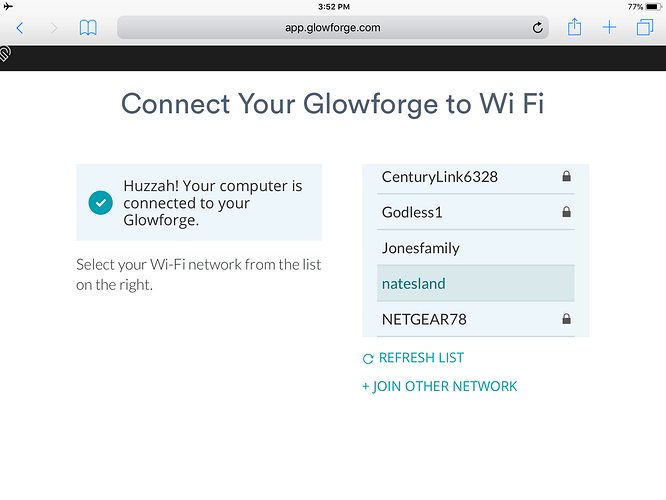 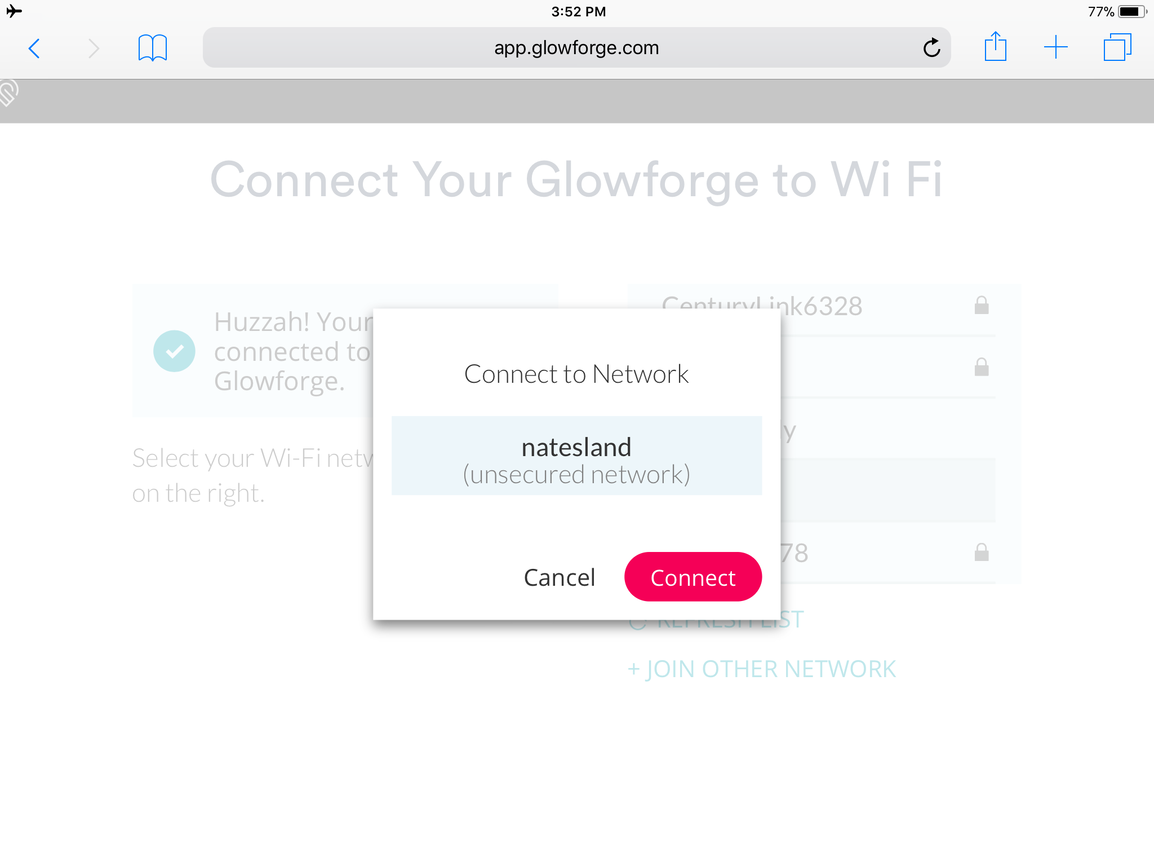 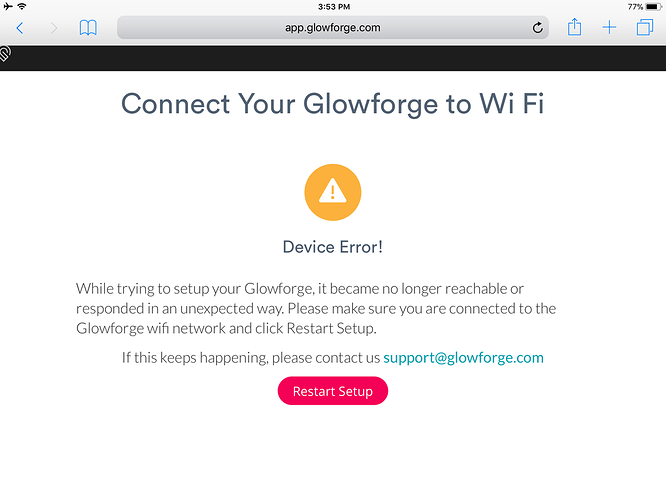 Not working. Tried a bunch using both iPad and MacBook.

Anyone know what’s going on here?

I wonder if you’re the first person to use an unsecured network (are you sure you want to?).

That last error message comes from a new webpage visiting app.glowforge.com after reconnecting to your home network on your iPad/MacBook, right?

If you want to run through the steps again, hold down the button until it turns Teal and then run through setup again.

Perhaps your wi-fi signal is strong enough for your MacBook, but not for the Glowforge? It apparently connected though since the service seems aware that it is trying.

In your shoes, I think I’d try flipping the wi-fi over to WPA2 security and making sure it works with the MacBook and then run through set up again just to make sure it isn’t a problem with unsecured networks.

He’s not. My network is unsecured.

But, I’m on 6 acres in the middle of nowhere.

I only went through the setup once, and a few months ago at that. But, the GF wasn’t picking up my multicast 2.4/5ghz broadcast, so I typed in the SSID manually. It put it on the list after that but I received a Device Error, like Natesland posted above. It took a few tries but eventually it “took.”

The Glowforge is the only device I’ve seen recognize it as an unsecured network. The wireless router is using WEP. It’s not asking me for a password, which is odd, every other device does.

The Glowforge is the only device I’ve seen recognize it as an unsecured network. The wireless router is using WEP. It’s not asking me for a password, which is odd, ever other device does.

This has to be essentially the problem. It won’t be able to connect without a password. I wonder why it thinks its unsecured. Sounds like a bug with their WEP support.

A search for WEP in the forums, it looks like this has come up a few times before and in each case the user switched to WPA2, so perhaps WEP just doesn’t work?

They reported the same symptoms as you do, recognized as “unsecured” with no password prompt.

Now it shows this. How long do I wait? 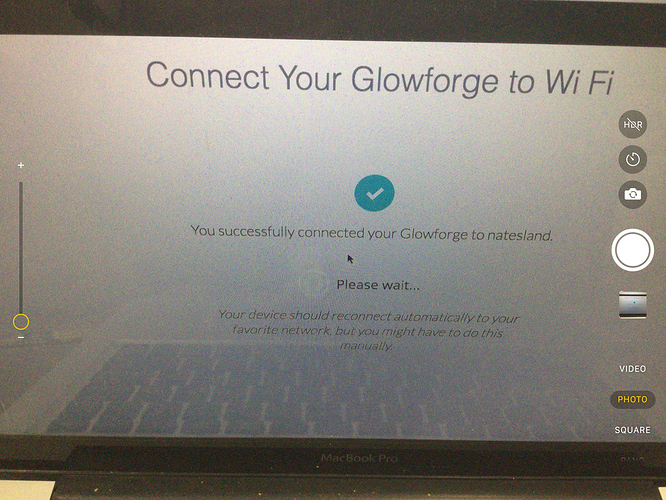 I think you just connect to your home network manually and go to app.glowforge.com and see what happens.

Wait. Did you just take a screenshot of your camera screen?

I’m sure you already did all of this by now but was just adding info for others that might have the same question.

LOL, I was switching back and forth from iPad, MacBook, and PC. At the time, that was the quickest method.

Got it working, thanks for the help! 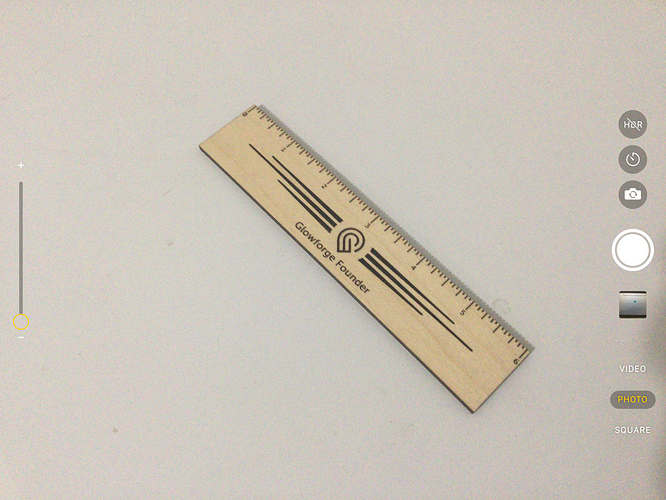 Whew! Thanks all and @natesland, happy printing!