In inscape I’m making a baseball wine charm. I used bezier curves to make the stitching line. When I got to call t it on the glowforge it doesn’t engrave right. What is another tool I can use. 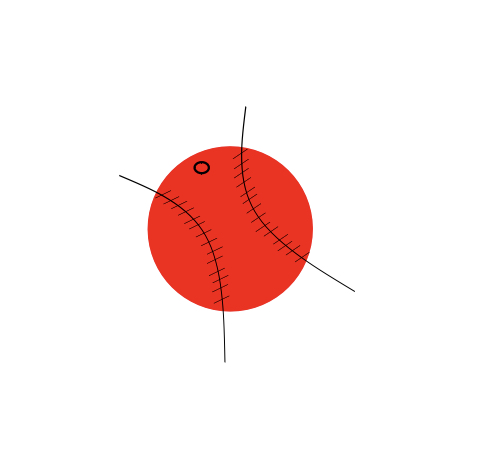 How it cuts on glowforge 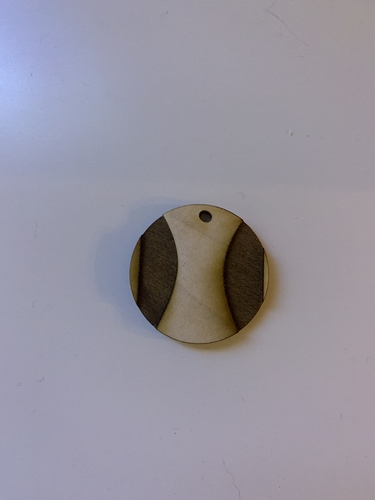 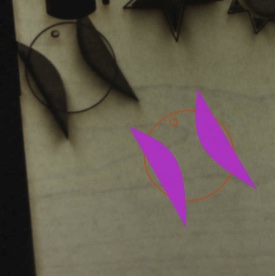 Then where it says they are “engrave” you can select them to score, and you should be good to go.

What’s happening here is that the UI is seeing them as shapes, so most likely you have a fill assigned to your stitch lines or you manually switched it to engrave, thinking that was the right setting. The gist is that cuts cut on the lines. Scores are the same thing but really low power, so they follow the lines but don’t cut through. Engraves scan back and forth and engrave the shape away.

Now if you want a thicker line than a single laser width, then you’re looking at wanting to change the line itself into a shape, and for that, it’s “stroke to path”, and then you engrave the resulting shapes.

I think score is what you’re after here, though.

Also, it’s worth mentioning that most of this stuff is covered in much more detail (and more clearly) in the tips and tricks section. You should get a snack and a drink and read through this entire post and all the links, it’s time well spent:

I’m trying to draw lines on the circle. I used a beizer curve. When uploaded on to the glowforge it turns my curved lines into semi circles.

That’s because you have that step set to engrave and the GFUI treats them as filled shapes instead of open lines. Change that step to score instead.

Or if you want to use engrave, “Outline Stroke” should work for you. This changes the line into its own shape, which means it can be engraved. I use illustrator, so “outline stroke” might not be the exact words in Inkscape. Good luck!

Yeah that’s what I was saying with this before:

change the line itself into a shape, and for that, it’s “stroke to path”

@crkjelstrom’s wording was better but we’re talking about the same thing.

Oops, didn’t fully read all the replies, mostly skimmed. On the same train of thought

Thanks everyone for your help!