Is this the gantry?

I was having issues with blurry engraves and received a replacement lens.
Previous thread:
https://community.glowforge.com/t/blurry-engrave/28600/10 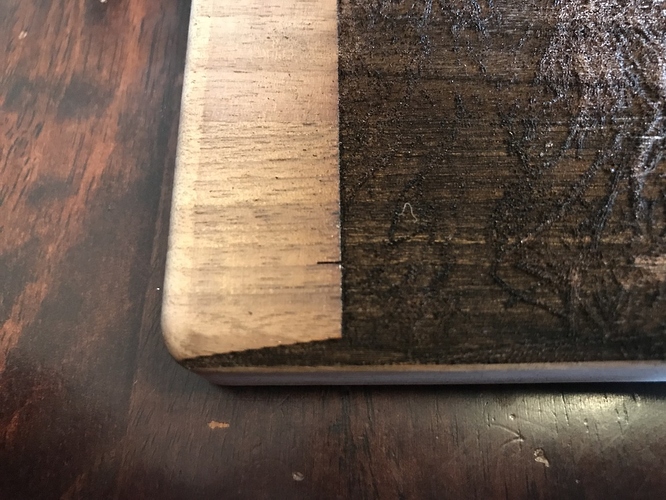 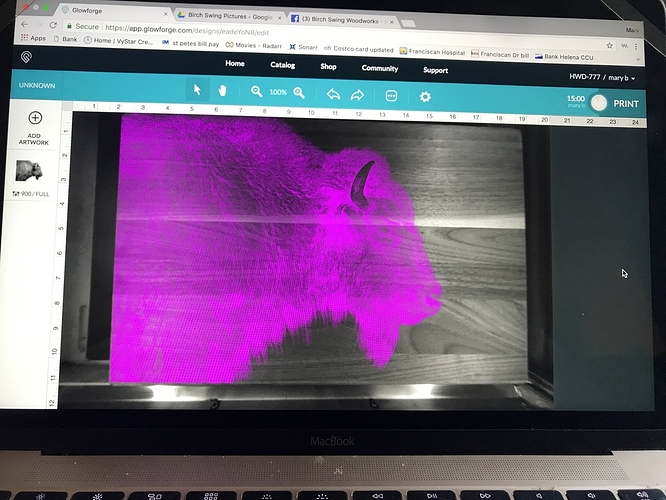 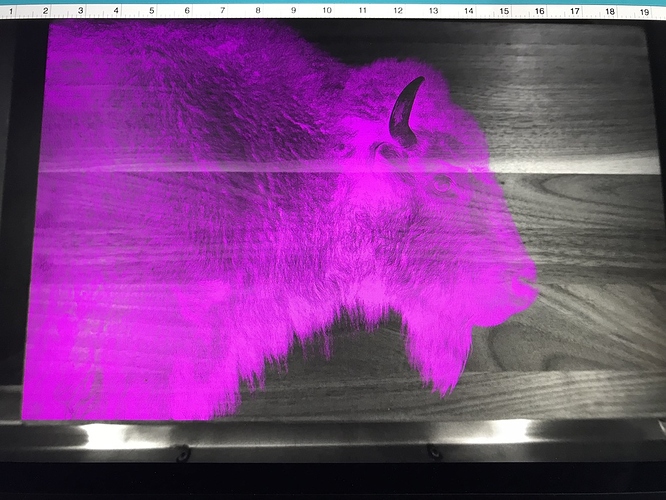 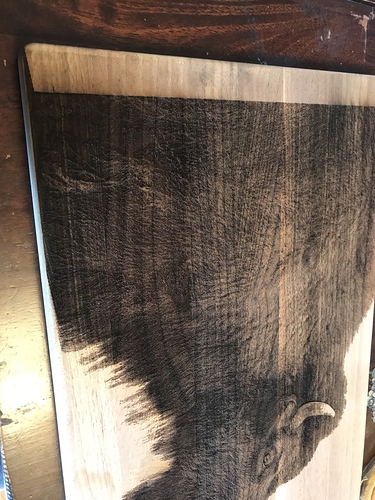 weird… on the bright side, as far as a failed print goes, that one still looks pretty darn good!

seriously, a fabulous engrave. i wish i had an answer for the technical issue.

FWIW, from that first closeup, it appears to not be a sudden shift, rather an incremental shift on each line for about 10 lines, and then a consistent border. Perhaps it’s running into something each time and shifting a little until it clears? Perhaps something else, but recognizing the that the shift appear to take place over multiple lines may help the diagnosis.

Thanks guys, yeah, there’s resistance in the gantry(?), we think the pulley is clogged, and cleaned it the best we could, but couldn’t figure out a sufficient way to remove it for a more thorough cleaning. The motor doesn’t seem to be affected as there’s not the resistance we feel when manually sliding the lens, and moves smoothly. I did some raw pinewood that was super sappy, and I think this created a really sticky resin that gunked up the pulley. Also here’s a better pic of my work if you like. . . 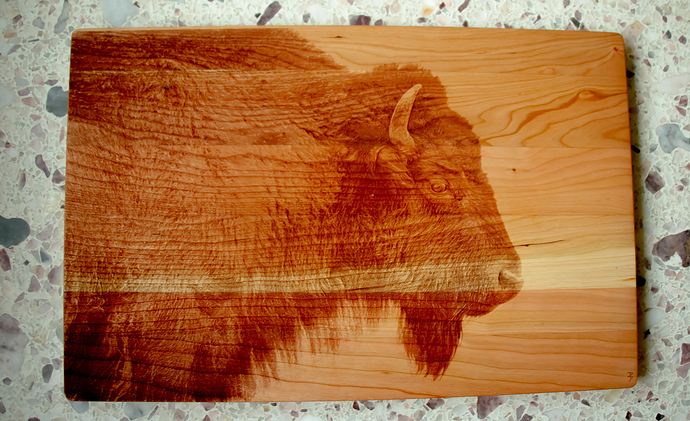 If it is shifting in one spot like that and then stops, it most likely isn’t he pulley as that would cause slippage at other horizontal spots in the print.

Check your belt and see if there is gunk on it in one spot. I’d suggest turning the machine off, moving the head to where the slip occurred (far left), then moving it out a bit. The part of the belt that comes off the pulley when you do so has to be where the problem is, if my guess is correct.

So we think we fixed it. Will be testing in a minute. It wasn’t the pulley or the belt, but the small chamber in the print lens that the belt slips thru was super gunky, kind of hard to reach for cleaning. I figured it out as I was testing the gantry after a thorough cleaning and all this gunk started dropping out. I’d cleaned everywhere so after investigating it looks like this was where it was coming from. So, like I said I had a friend who had a “rustic” wedding and I engraved some uncured pine rounds for her, and I think the wet sap when burned created this super sticky resin. Lesson learned, I will only be using my machine for cured wood in the future, and not the sappy kinds.

note to self - Burn not the un-dried woods!

That’s a good idea. There can also be a fire hazard with resinous or oily woods.

So the first test was spot on, and super clear. Turned it off and back on and did another bison, and it shifted during printing again in about the same spot, this time to the right. Ugh, so frustrating. . . I’m super backed up with orders, and fixing all the issues-having to plane down the boards and start all over is super time consuming and costly.

I think you might want to throw in a piece of Draftboard and put something like the Gift of good measure way down in the bottom left and see what kind of results you get.

I can think of a couple of things that you might want to look at.

First, making sure that the ribbon cable that attaches to the head is positioned correctly and not twisted.

Second, there is a red wire back in there that some people have had catch on the heat sink:

I made a cut out of the boots for holding the crumb tray in place( which works great ). So I wanted to do some test to see where the cut region would be with the new placement of the crumb tray. I placed masking on the crumb tray and started a low power cut. I noticed that the cut wasn’t even along the bottom and appeared to be skewed. I followed the calibration instructions for perfect square multiple times but no success. https://glowforge.com/support/topic/troubleshooting/perfect-squares …