Using my glowforge and while I’m having a great time, I noticed that my cut lines are starting to come out erratic. 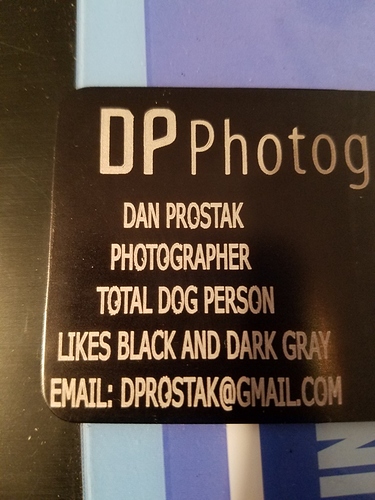 You can see the lines in the letters are somewhat erratic. I did a vector fill and then “outlined” it with a vector path. Has anyone seen this kind of behavior before? I’ve also noticed that some vector fills have irregular edges too. The line will be a true vertical line, and as the glowforge head “builds” that vertical line moving back and forth it is very irregular.

Can you post an example file (SVG) that the problem has occurred with?

Also, what’s the media that you are printing these on? Looks like maybe anodized aluminum?
And settings? Almost looks like part of the surface material is chipping away.

For tech support purposes - you might want to use the spare piece of draft board that was sent in your sample pack and run the job there as an engrave and see what happens. A good chance they won’t be able to offer a lot of support unless they can see the issue replicated on Proofgrade material.

Why choose a vector fill and then outlining i.e., adding a stroke? Trying to create a “bold” that is not a weight choice of the typeface?

Are you using Illustrator? If stroking the outlined typeface, make sure to set your stroke to not just be "outside"but centered—and then unify the typeface outline vectors and the outlined stroke vectors so you don’t have a lot of path and point clutter.

Otherwise, my next guess is to examine the typeface to see how well the vectors are built. Sometimes free typefaces have jaggies and point clutter in the glyph vectors.

For fill with the stroke I’m balancing a lower LPI and then adding the stroke to give the objects a clean edge. For the text, I created text and then converted the text by highlighting it and the Path -> Object to Path.
Before, I would give it a Black fill and a Red stroke, but when I uploaded it the glowforge app would only recognize one “object”, so now after converting the text I set the fill to solid black and remove the stroke entirely, then right click on the converted object and then select Duplicate, and on the new object that is now sitting directly on top of the old object I remove the fill and set the stroke to Red.

I have slowed the actual cutting to as low as 300, should I go lower?
-Vu

Yes, that’s definitely the correct way to process it, but I think I recall reading that you might need to use a high LPI value on aluminum. (Never done it so might be wrong.)

I also received a warning opening it in Illustrator about the Corbel font. Looks like it has a font stuck somewhere in the SVG (probably not a big deal as far as the processing goes).

Anyways - here is how the stroke came in offset for me: 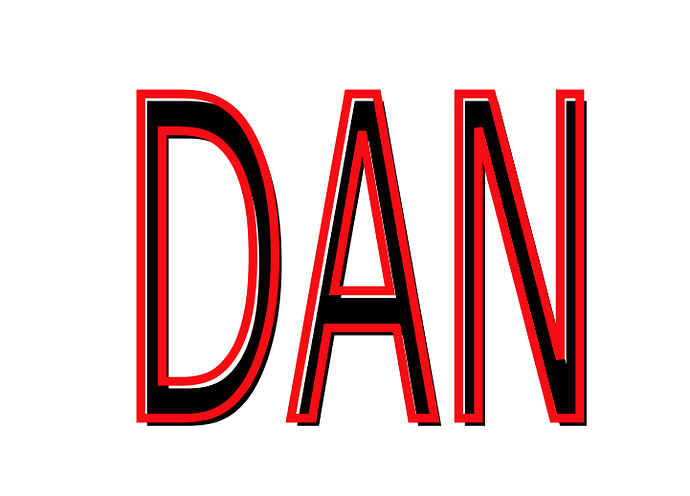 Looking back and zooming in on your original - it seems to be hugely evident on the O’s. And in the same place every time on the O (to slightly varying degrees of mess up).

I redid the back of this card, here is the pic of the job: 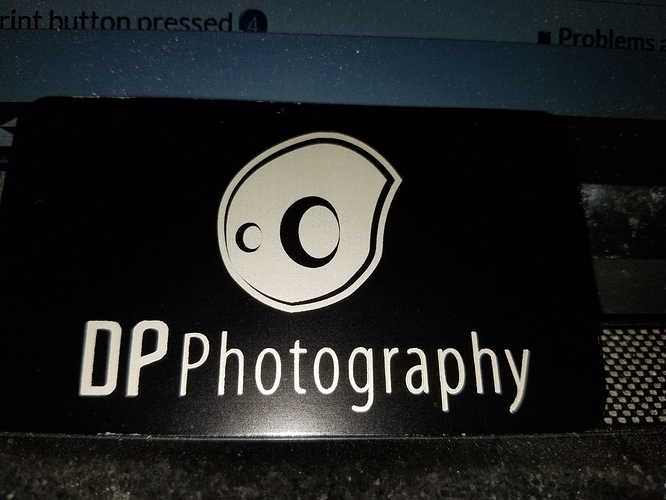 The edges of the cuts are still not clean, I went back and “redid” the duplication and stroke. Should I be cutting slower?

Troubleshooting, I cleaned the laser unit and when I placed the laser back it was jiggly. Taking off the laser unit, I looked for anything that would cause it to be able to rock and jiggle, and I found that one of the magnets was standing proud from the rest of the surrounding area. 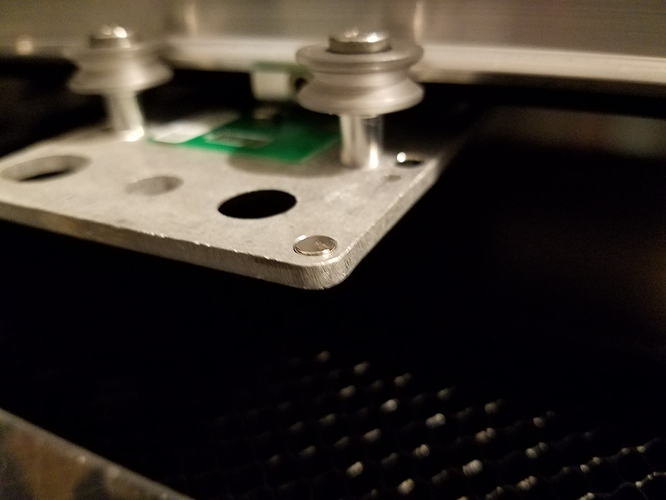 I was able to … “adjust” the magnet so it was no longer standing proud and it seems to have corrected the behavior I was seeing.

I’m glad you’re no longer seeing that behavior. If you run into anything else, please open a new post.