Just got my GG Plus. Questions!

Following the online set up I have two questions.

I’m paparanoid to finish and turn it on until I ask someone this!

The black washers should be attached to the screws that hold the carriage in place. The blue thing is the lens removal tool.

Someone has not read their Owner’s Manual 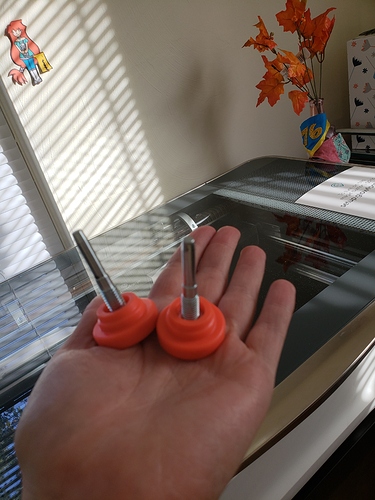 Yeah, there should be a black washer on each of those. Try taking the tray out, look along the tracks and behind them. Use a small flashlight. You want to try to find them so they don’t cause the head to jump the tracks or anything when it is running.

It’s possible that they weren’t included. But it’s more likely that they fell out. 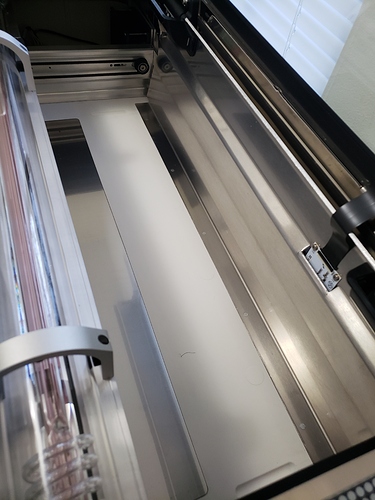 I’m starting to think someone forgot a piece… I’ve searched everywhere I can poke an eye. Were they supposed to be on the end of the screw by the orange handle or on the other end of the bolt past the screw in section?

I’ve had it for 4 hours now but I’m scared to turn it on because I cant find these things!

They could be I’m a dozen corners. As long as they are not on the rails or stuck between the exhaust fan blades, I wouldn’t worry. Not much else to hurt.

Yeah, you’ll probably find them later…just check the rails, and if they’re clear, go ahead and fire it up.

(And for all we know, they’ve stopped using them on the bolts now. Or maybe they fell off into the packaging or on the floor.)

Thanks for the help all. I’m going to close this thread - if other questions come up, go ahead and post a new topic. Thanks for asking about this!