I had ordered some keychains because I’ve been really wanting to start selling some of the little things I make, and keychains are such a simple item that I believe starting there would be good. With that said, there was a bit of a learning curve, but I feel like I’m probably very close to where I need to be.

)). So she showed me an image she liked, I touched it up a bit and added some things here and there and got this: 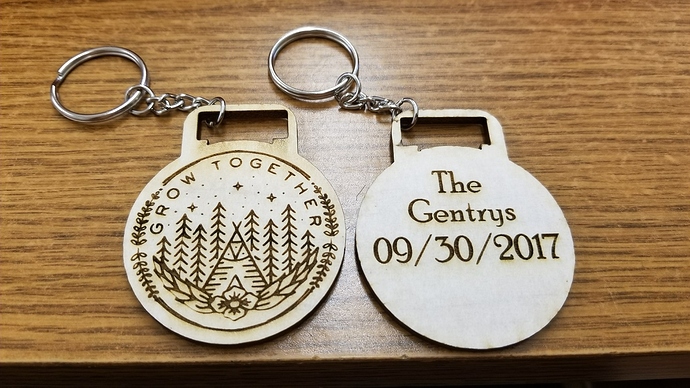 Originally the cut out for the keychain was much thicker, and this resulted in my rings not fitting. I did an alright job cutting out extra space, but it was definitely something I wanted to fix the second time around. So I began working on the second cousin’s gift, and decided the more traditional circle hole would probably suit my needs better. 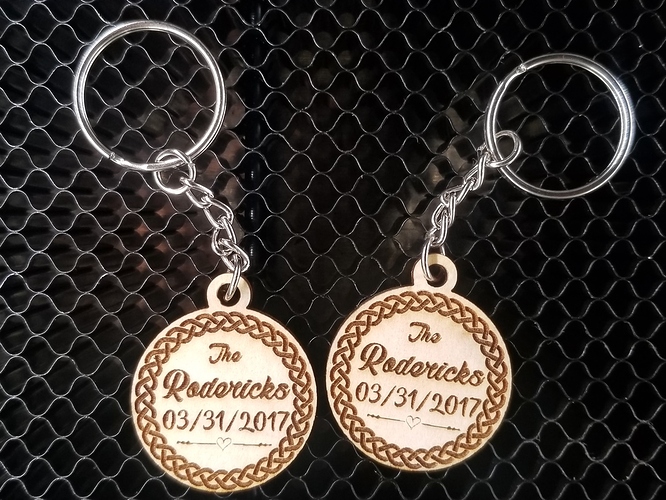 It did, in fact, work better, but I broke one of the cut outs while clamping the ring and had to glue it back together. I did this all while my wife was sleeping, and she hadn’t noticed the glue job at all when inspecting them today (score!). When breaking the cut out, I went back to my design and added a thicker base where it connects in hopes that future cuts will be more strengthened.

I fell in love with the woven circle engrave and decided that I needed something for myself personally. My username is actually a combination of both my first and middle names, and so I’ve always had a soft spot for anything with “king” it. I’ve been listening to a song a lot lately (Little Tyrants by Anberlin), and there’s a line in it that says - All hail the king. I’ve been fond of that phrase, but never really wanted to own up entirely to my middle name, as it’s kind of arrogant in some ways. Anyway, I decided I needed to own up to my name, and print those words. I came up with this 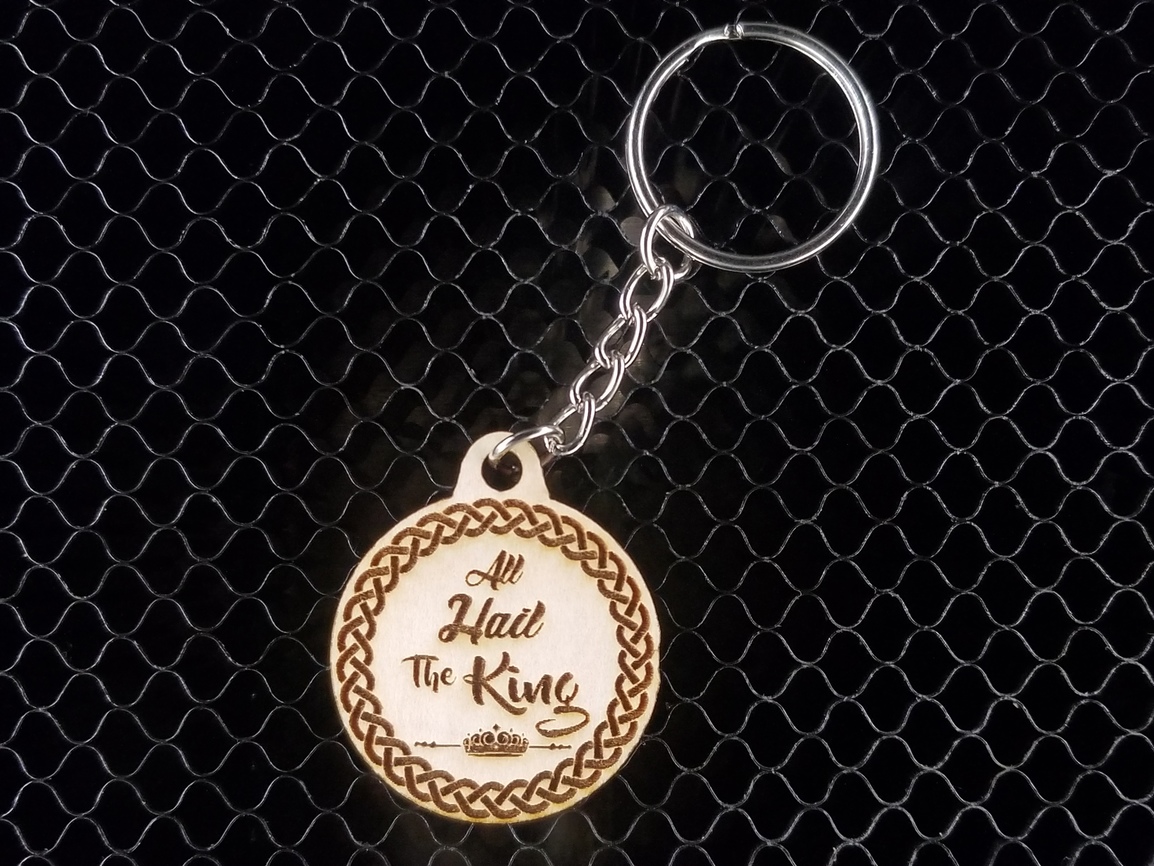 I also decided to try engraving both sides with the same design, and although I saw some smoke coming from underneath after the second print, it did not engrave through all the way where the designs were overlapping. I need to hone in my sights again, as it seems that my machine isn’t cutting in the same place as it was before, which made the second print just slightly off, but not too bad or even that noticeable unless it’s something you’re looking for.

Anyway, hope you all enjoy!

They all look great! And i like the concept on the non-circular hole dangles…it’s different!

And i like the concept on the non-circular hole dangles…it’s different!

See, and in my mind I wanted sort of a canteen or hydro flask style hold which is why I originally went with the rectangular cut. I may be able to still use it, but I’ll have to either get bigger keychains, or make the prints smaller (which is what I intended). I’m still experimenting with ideas, but I’m glad to know that others like my ideas

Sweet gif! I can’t see the glue either, so I’d call it a success.

I knew the gif was essential in really showing off both sides!

They turned out nice, may i ask which material you used here for these?

I believe I used the medium maple pg stuff, but it also could have been the medium draft board. It’s been a long time since I did these!