I found the link to the tape on SignWarehouse…I bought the 12 inch roll, the only thing they had at Amazon was the thinner widths at the time I was buying, and I wanted the wide roll.

Are you sure? I only see results for EnduraMASK Perfect Tear Lay Flat Transfer Tape. Clicking through, it says it is “high tack”.

Ha, I did a search on the forum and you had linked the correct model previously:

I picked up a roll of this Perfectear tape at Signwarehouse: https://www.signwarehouse.com/c/perfectear-plus-medium-tack (Problem with vinyl transfer tape is it’s much too high tack and thick for masking. Great for transfer of vinyl bits though.)

Oops! Must not have read the description closely enough.

I need to get some of the higher tack tape for the woods though…guess I need to use the first one after all.

Pretty sure MainTape is another top-tier brand (along with TransferRite and R.Tape), and I think Endura is made for signwarehouse by one of those companies.

Even the high-tack masking may have adshesion trouble on unfinished wood. Sometimes if it is being cranky, I lay down a sheet, pull it up*, and then lay a fresh sheet.
*this used sheet is great for removing pet hair from clothing, or picking up little piles scrap masking and wood off of a work surface

FWIW, this is a situation where you may want to convert to an engrave. It looks weird while it’s happening and may take longer, but cutting the paper with a raster engrave gets rid of the speed variation problems. (I’ve done vector scores trying to draw a picture, and same thing with the overburning.)

@Jules, I tried using that Krylon easy tack spray you once recommended to me for re-stickying the Silhouette mat. Sprayed on two sheets of regular paper and used to mask. Seems to work, prevents the smoke discoloration, although there is still charring on very fine features from the power setting I need to burn through the whole stack.

I bet one could even use this for a quick and dirty mask on wood, since you can adjust the tackiness by spraying both parts.

Thanks. Just trying to figure out why there is such a difference between 110, 105 and 120.
Guess I have to play some more… Bummer

Oh good, I hadn’t tried to use it on regular paper yet since I’ve got the masking tape. Glad to hear it worked.

(You could probably just keep using that and save some bucks on the masking tape.)

Low and slow! I read that for paper, you should go for max speed and the highest setting that will cut. I’ve been following that advice for all my previous attempts, but the large swings in head velocity through corners was causing charring and spotting. I figured, why not try using a low speed with super low power, which will tend to cause less variation overall?

I ran a bunch of tests and determined that 200/2 will cut through paper. And the result: 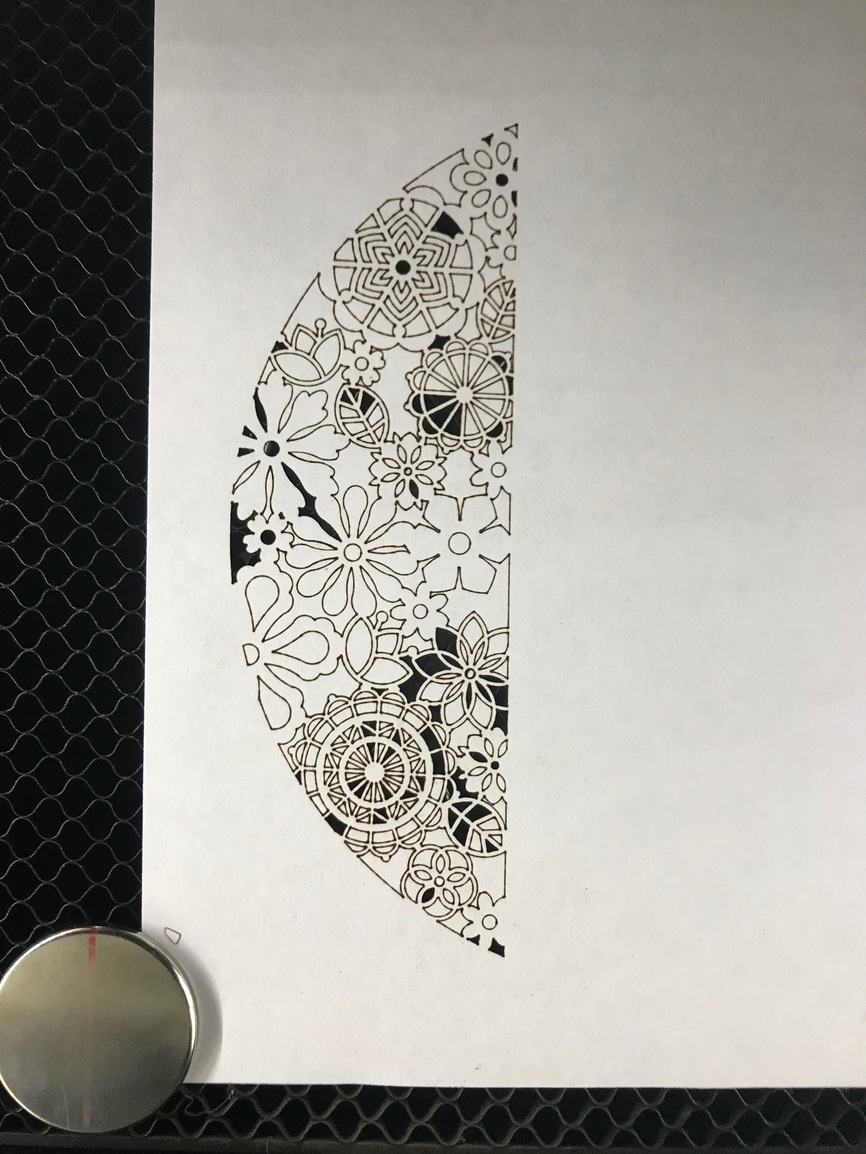 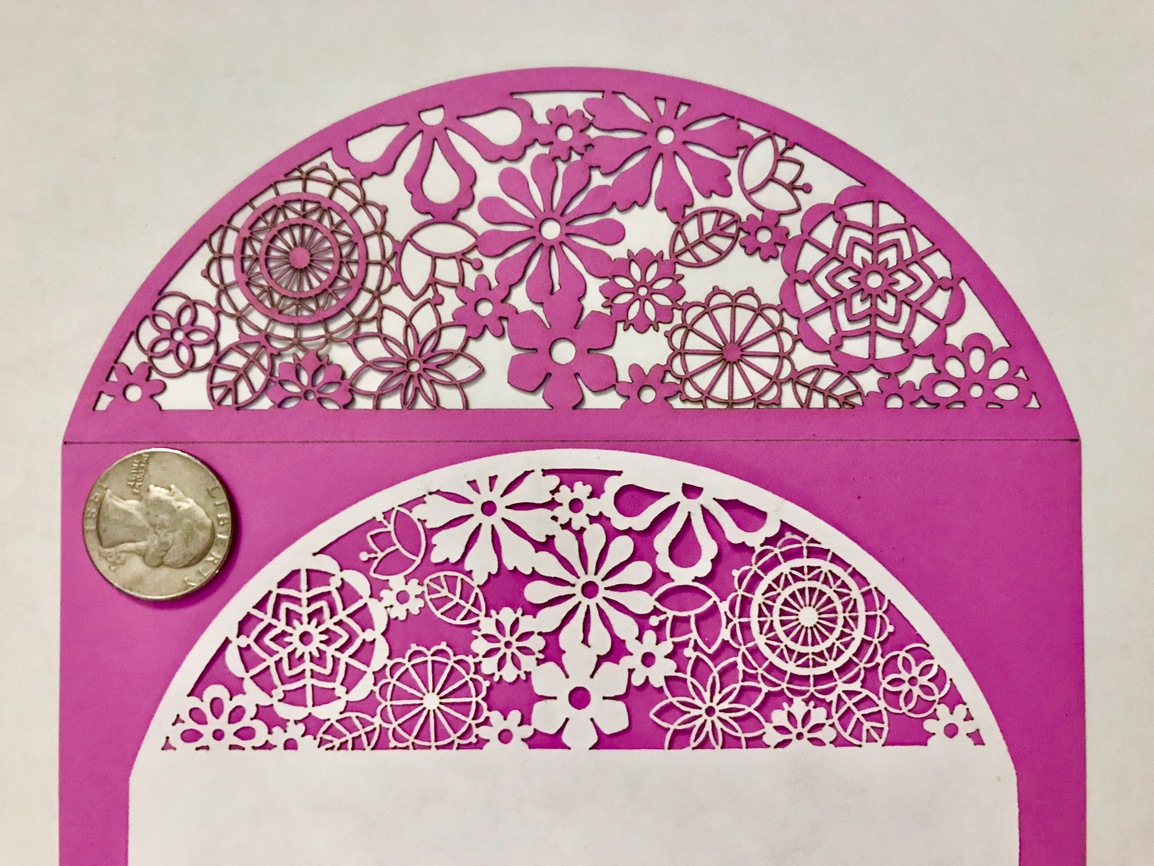 No charring, very little discoloration on the reverse.

I was actually thinking two passes at low power, if the first pass doesn’t cut all the way through. Maybe even dampening the paper just a little, then placing under flat boards to prevent warping while drying.

Those turned out so well! Thanks for the setting suggestions - can’t wait to try it out someday soon!!

Just wanted to say thanks to @jsc for all of your testing. Finally got through #120 duplex cardstock.
Took four passes at your setting. 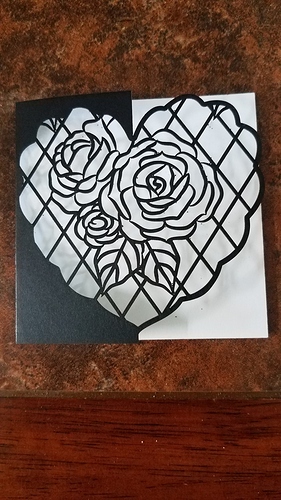 Which settings did you use? The 200/2 I cited was what I use on printer paper, not cardstock! On what I think is ~80# dual sided cardstock from Michael’s, I use 200/15 bare, or 200/20 masked. What you might want to do is cut out a series of tests (I like star shapes because they have lots of points that will show off overburning) in increments of 5, then pick the one that looks the best to you. I like settings where there is very little weeding to do. Also, 200 speed was just a speed that looked slow enough without me dying of impatience, it may not be optimal. 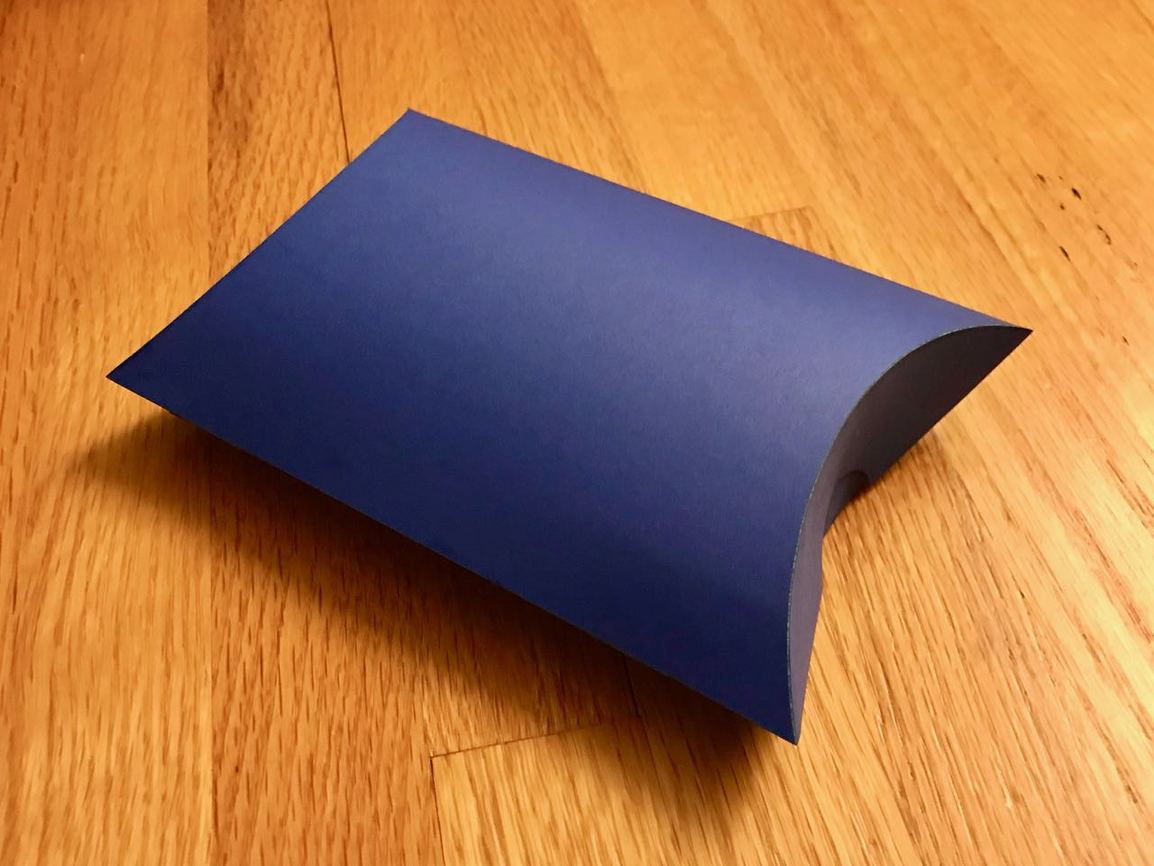 Wow, that page is a treasure trove. Especially if you click “Open the directory examples on this server” link, which takes you here: Index of /examples

The bit of char makes it interesting and gives it dimension. I love your design. Thank you for sharing,

Thank you so much for the info because i’m Awaiting for my forge and my main job is to work with card stock and I was wondering what setting to use not to get the smoke color on the card stock, because i’ve Played on a deferent laser before cutting a sample of my work on card stock and it also was making the smoke coloration on the paper and that is not good for business lol