Laser arm made loud noise and mis-aligned on right side

Only owning my GF since February I am disappointed that I already have a broken machine. I found a past post with the same issue but wanted to have an update on troubleshooting. I removed both laser arm belts and the arm traverses back and forth smoothly with no hang ups. I cleaned the belts and stepper motor sprockets with no help. I swapped belts side to side with no help. On the stepper motor sprockets I made a white paint line and left both belts off. I ran the power up and when it got to the laser arm moving forward the right motor sprocket was not moving. The left ran fine and with just the left belt hooked up the arm moves as it should. Either the sprocket is stripped or there could be an issue with the motor. Probably a stripped gear on the motor. I’ll keep everyone in the loop on acquiring a gear, I am sure GF won’t sell me one so may have to have it 3D printed. 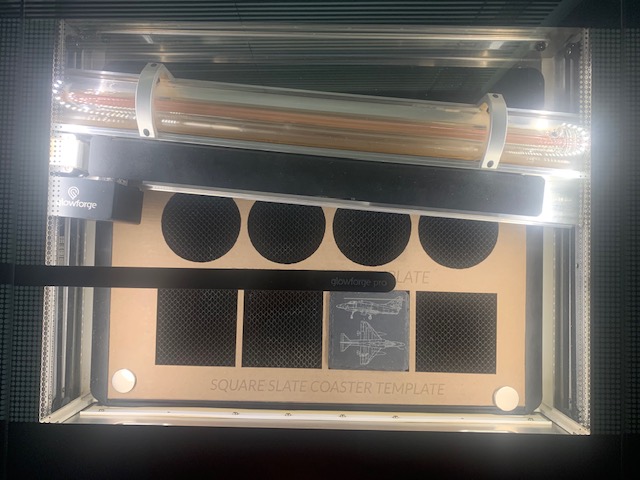 UPDATE: I removed the stepper motor on the RH side by doing the following. Inside the unit on the magic button side there are three round pieces of foil. If you remove these it gives you access to the release tabs to pull the top panel. First unplug the magic button connector. remove the foil tabs. Next there are three torx screws behind the lid seal one in front and two by the lid hinge. Once you remove those screws you can reach in and pull back on the three tabs from front to back and the side glass panel will come off.

There are four allen screws on the motor, two you can access and remove. Next, since I don’t want to spend over a thousand dollars to return a nonfunctional unit, I aligned marks to match the other screws using a caliper. Next, I drilled two access holes on the frame which I will put blanking caps in. After getting the motor out I started the GF to see if the shaft would turn. On the power up sequence after you hear the clicks of the head measuring you will hear the clunk; this is the stepper motors being activated. When the sequence ran the arm forward the motor, I removed the shaft didn’t turn. There must have been a bad spot in the motor because on the return to home and messing with the shaft it started turning. I stopped and then ran the power up again and this time the shaft rotated as it should. I reinstalled the motor and ran a power up and focus several times and the laser arm ran like it did when I took it out of the box in February. If I need to replace the motor, there are plenty you can find online.

After reassembling and the unit sitting at the home position, I used a paint pin and applied marks to the sprockets to see any slippage in the future. 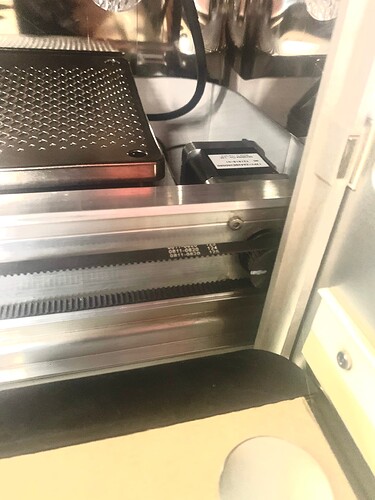 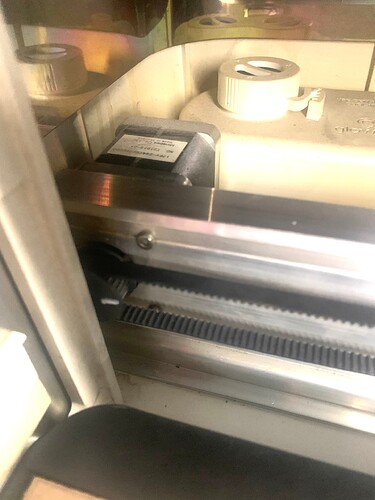 Heart for the effort to diagnose.