Somewhere around here people were talking about laser-cutting dovetails. I had an idea of a way it could be done so I thought I’d give it a try. Video below…

Just like with the Stanford clips, I’d probably just stick with good ol’ finger joints (AKA tabs) since they work pretty good and are much easier and faster.

I really like this idea. I might have to try and work it in to some of my designs. Link includes downloadable plans. https://tltl.stanford.edu/project/universal-snap-fit

Fun watch! Thanks for sharing.

Looks like you need to extend the engraved area out slightly, so the edges cut clean. (accounting for thickness of cut and melt along the corners)

Great test @Hirudin.
I think the hope for many of us would be you could accomplish the same thing using the grayscale engrave function and small gradients on each of the dovetails. Which would be a lot easier to design.
I would be curious to see it done in wood to see if you run into the same issues as the acrylic.

It looks great! To me, a dovetail joint just gives an object a hand crafted look that I really like.

Of course, another approach to cutting something like this would be to incline the piece slightly and cut straight through, like: 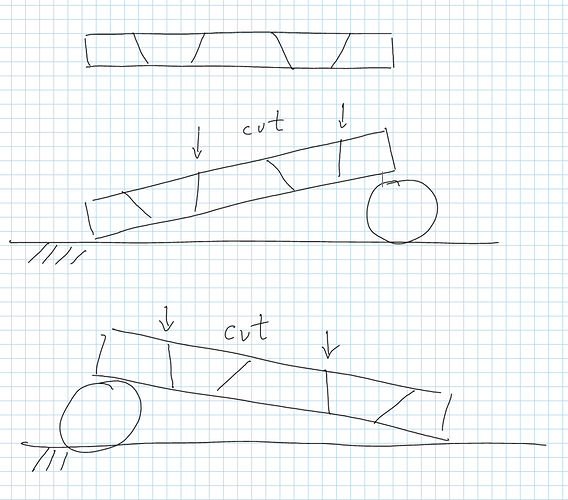 The real headache would be aligning the cuts at each step…

Makes sense to me. You could laser cut a jig for this purpose.

This approach is probably a step in the right direction.

Very cool approach both of you

The real headache would be aligning the cuts at each step…

Maybe with the auto focus the Glowforge will be able to handle that bevel cut in the future. Would be a great feature of the engraving tools.
I could see many uses for that feature alone.
Maybe @Dan will add that to the pile of future software improvements.

I would be interested in trying this with wood. Since you would get a bit of compression when the pieces go together it might work well. I do wonder how accurate/consistent the depth of cut will be on wood. Something fun to play with when I get my GF.

But what about the “top” of the dovetail? This would handle the sides ok, but you till have that inverted trapazoid shape. 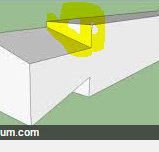 Using the Forge’s autofocus feature, here is how I envision it would work. The trick is to turn the piece upside down so the narrower part of the slot is up. Then do a regular perpendicular through-cut to make U-shaped slots. Then, tip the sheet and have the Forge follow the edges of the previous U-shaped cuts, while auto-focusing, again doing through-cuts. For much of the time, it won’t actually be cutting anything. Slope the sheet the other way and repeat. Like this: 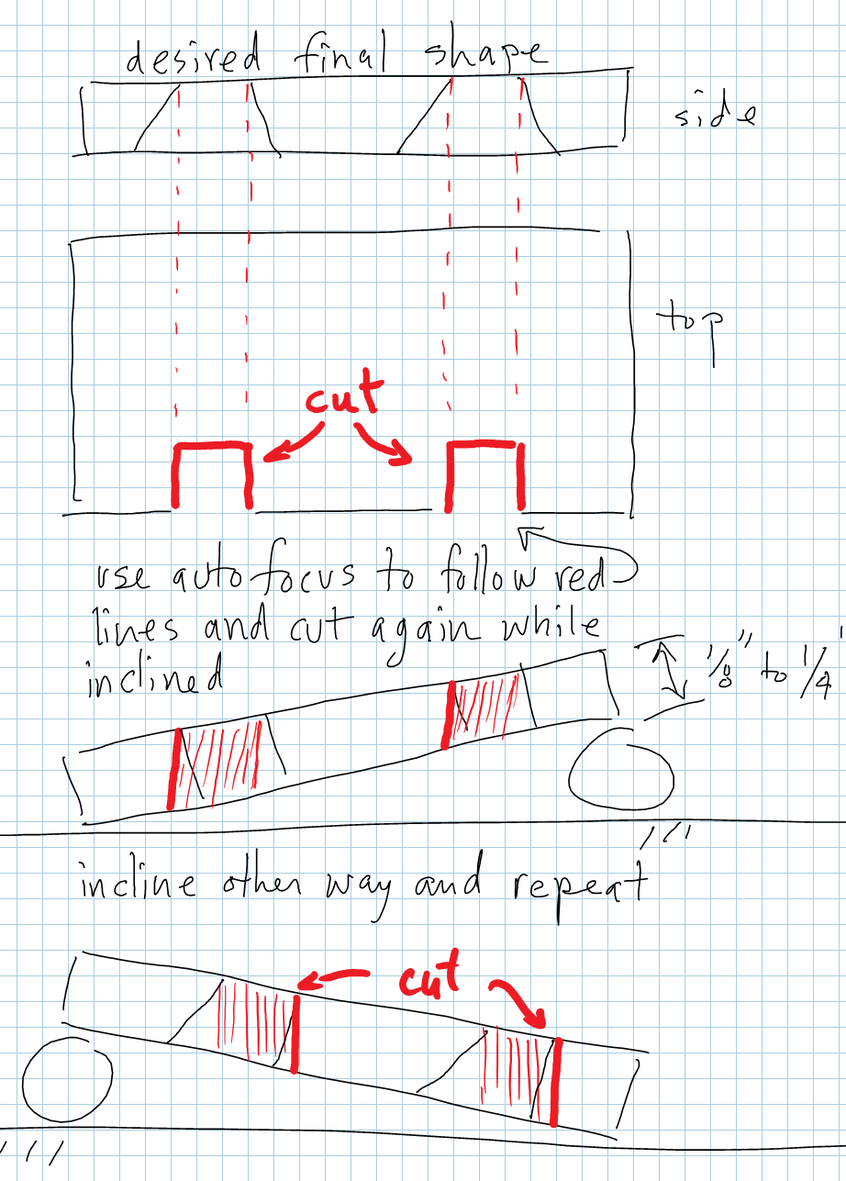 But wouldn’t it still be attached here? 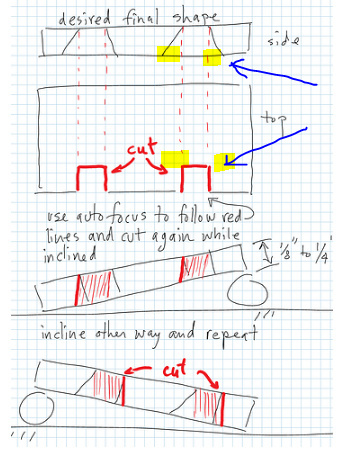 No, those get cut during the two inclined cuts, because we cut all the way around the U-shape! They are cut at the yellow places in this drawing: 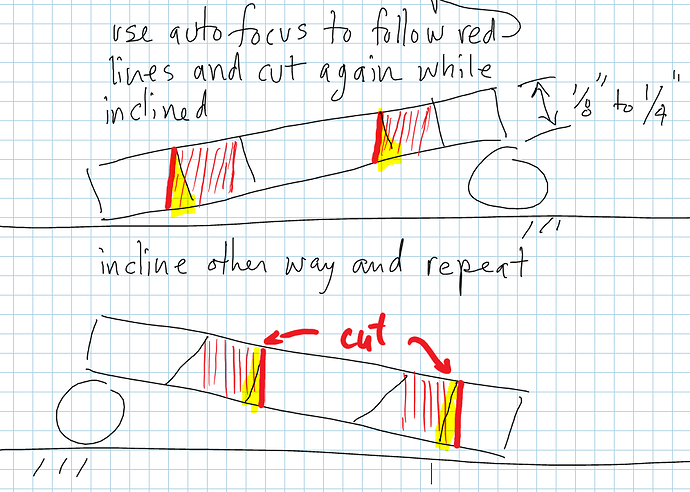 Minor correction: the 1/4" thickness I suggested would probably be too large, since the inclined sheet will make the cut > 1/4". Should work well on 1/8", though. And it should work for wood, too!

Hurrah! What this tells us is that what we believe about kerfs and engraving depths needs some trial and error, but that’s OK. (And yeah, probably for most projects not worth the trouble.) Having cut a few dovetails in wood, I am pretty sure most people don’t just measure and cut and hit a perfect fit the first time…