This just started. Turn on machine and the LEDs are nice and bright. machine starts homing and the LEDs dim until they are out and then only come on when the lid is opened. As soon as the lid is closed to start the scanning, LEDs go out and bed image is dark.

The machine has no issues recognizing if the lid is open/closed as the interface will immediately let us know. I checked the 5 cable locations and none of them look dirty or disconnected, they are all closed tight.

You’ll need to post clear pics of the connectors for that cable, but it’s most likely the cable is going to need to be replaced.

Here are my pics 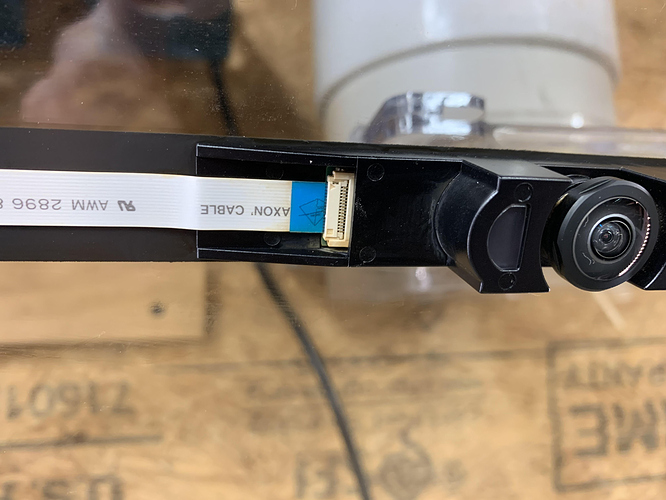 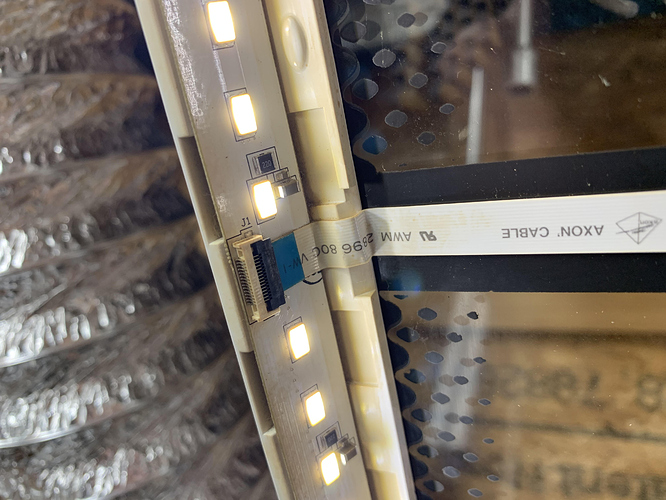 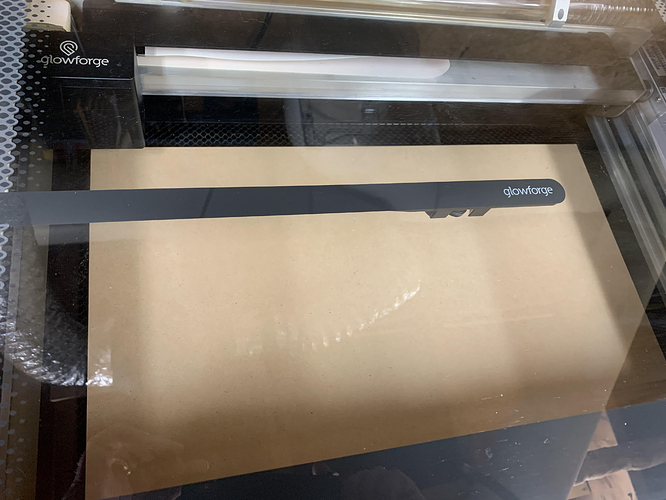 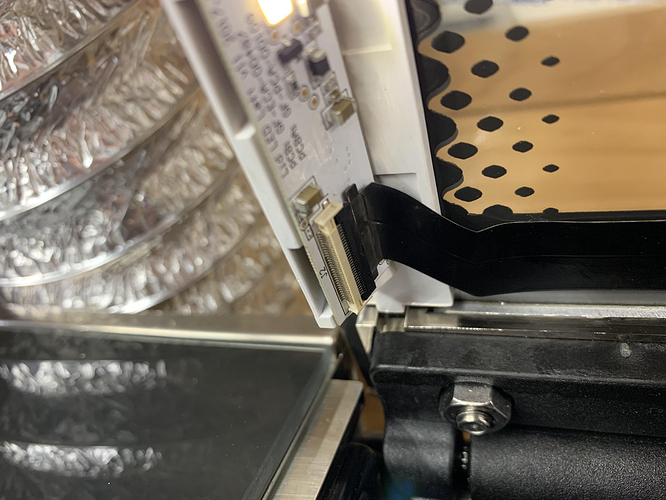 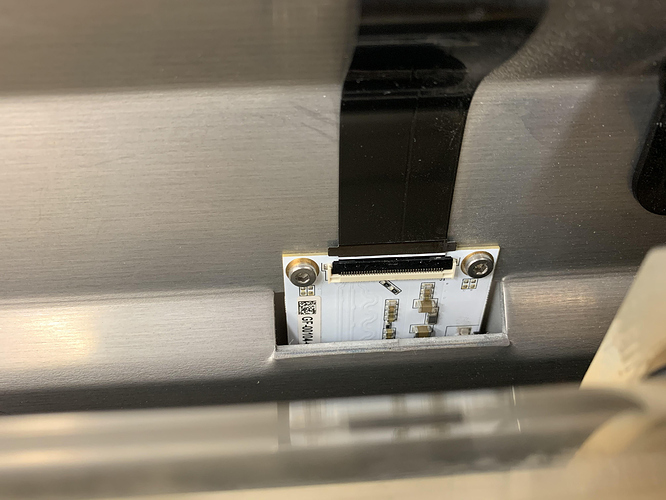 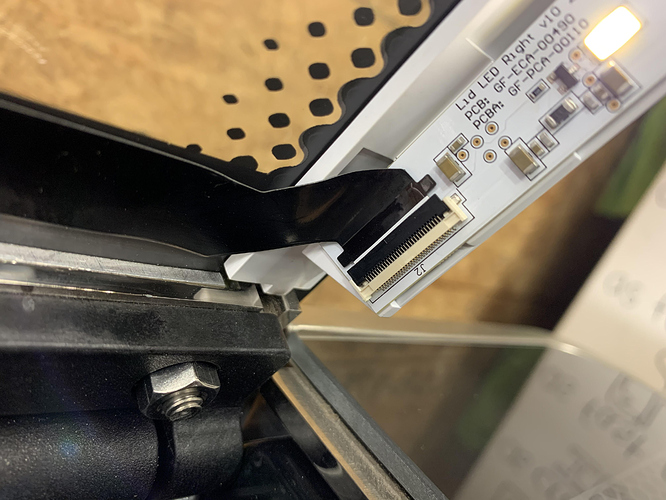 It’s hard to see from the angle of your pic, but the “left-corner” connector does not appear to be properly aligned?

You know, scratch that, because if it was that connector, it would only affect the LEDs on the left side.

Support will chime in.

So I did some more diagnosing and if I open the lid - LEDs all the time sometimes dimmer than others but they light up.

If I close the lid slowly as it gets 4 or so inches away the LEDs go out, if I reach in and push on the dredded “black cable” the LEDs flash.

So I’m guessing there is a bad connection in that black cable in the back.

Yeah, that is the place it fails most often. That black cable really isn’t ideal for repeated flexing, compare it to the one attached to the head.

It’s plastic with tiny copper traces printed/deposited onto it, vs. actual wire in a protective sheath.

Thank you for checking that out for us. Since everything is connected properly, it’s likely that the black cable on the lid has a problem. I’d like to send you a replacement for that cable, along with some instructions on how to replace it so we can get you back to printing as quickly as possible.

I’ll follow up with you via email shortly to sort out the details.