I saw this dome online and was inspired to make one myself albeit smaller in scale. The geometry on this project made my head spin for a while trying to figure out all the angles in Sketchup but I finally triumphed. I laser cut the holes in popscicle sticks and engraved them A & B. Then assembled with zip ties…lots of zip ties! All in all the project took less than a week from starting the design to finishing the assembly. 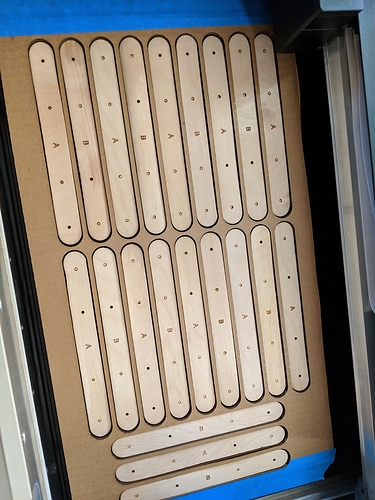 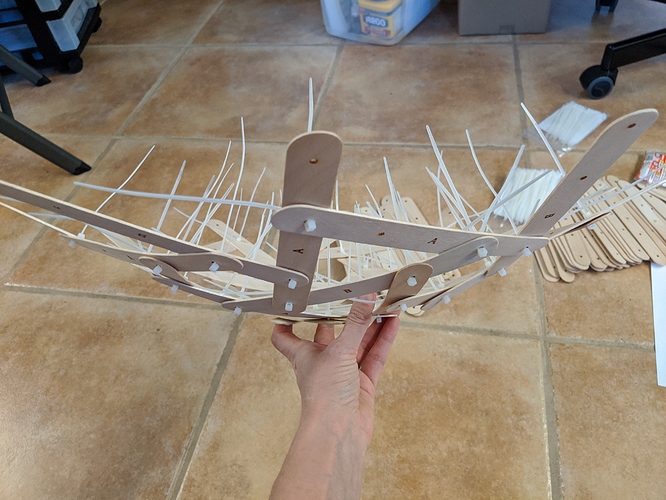 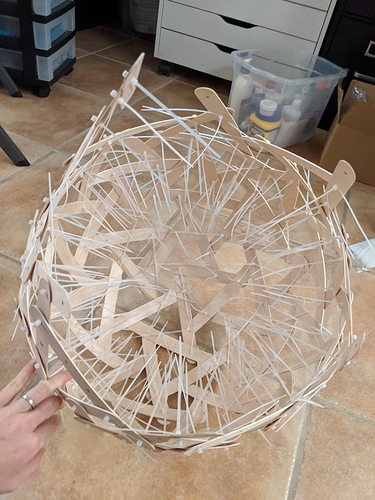 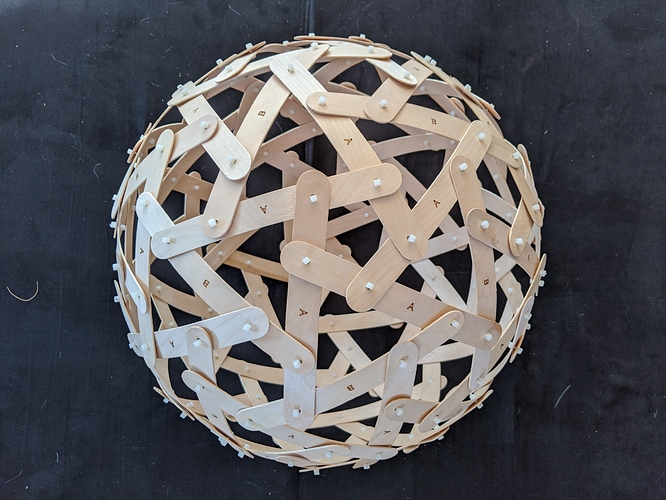 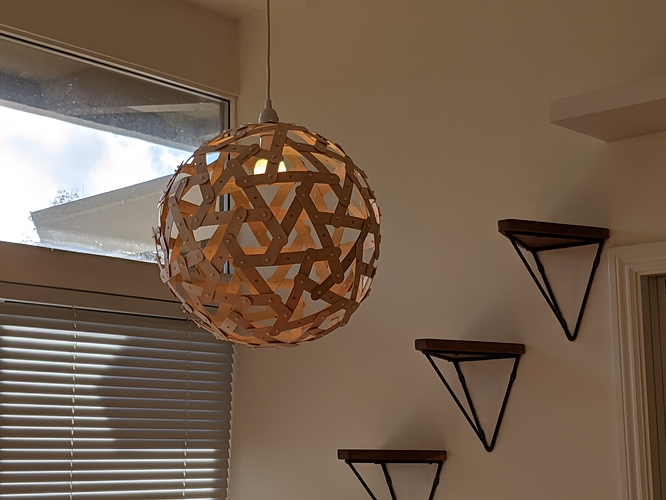 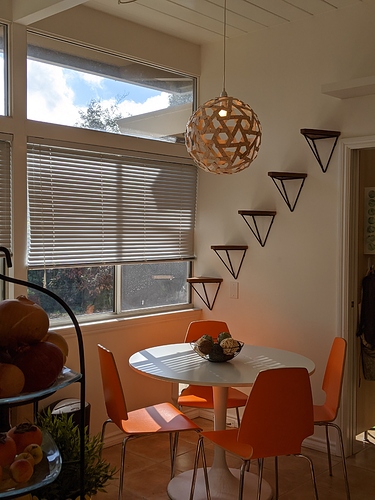 Very cool - is it rigid or does it have flex (beyond the flex you can force on a popsicle stick)?

The popscicle sticks are forced to bend slightly during assembly. A couple struts broke but most held the bending force just fine. The finished sphere is quite rigid though probably not as strong as a true geodesic dome. I like the pattern this creates especially with the shadows from the light fixture.

Here’s a similar build on left with no connectors: 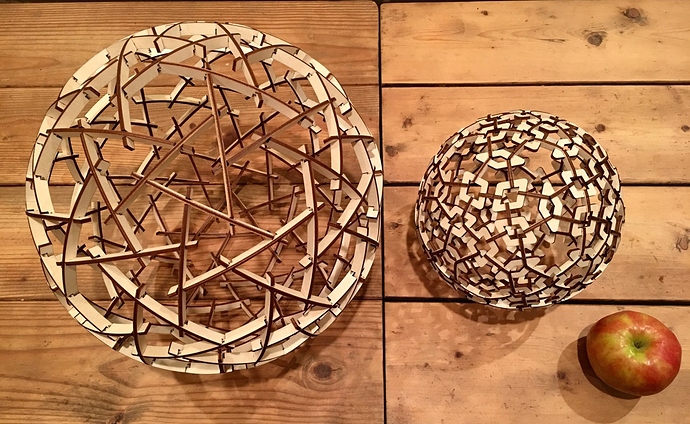 Newest geometric builds Made on a Glowforge

If you’ve seen my other posts on this family of builds (I call them my “creatures”), these aren’t he most complex models but I do like them both. The larger one is the physically biggest model so far. (Even bigger than the one you have, @ylene ) [image] [image] [image] [image] [image] [image] Notes: I assume the pictures will upload out of order. Stupid discourse + iPhone combo. Apologies for the lack of banana, I need to go to the store. As always, no glue was harmed during the ma…

So intricate! Makes for a very nice lampshade.

That came out great. Nice work!

pretty cool. but liking the cat stairs too.