If you’ve seen my other posts on this family of builds (I call them my “creatures”), these aren’t he most complex models but I do like them both. The larger one is the physically biggest model so far. (Even bigger than the one you have, @ylene ) 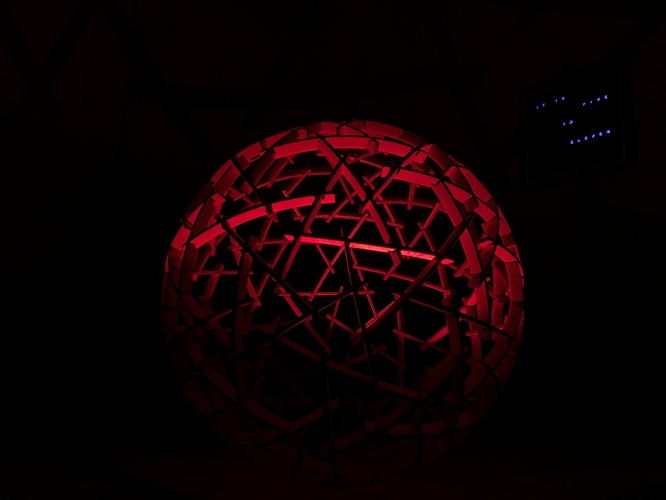 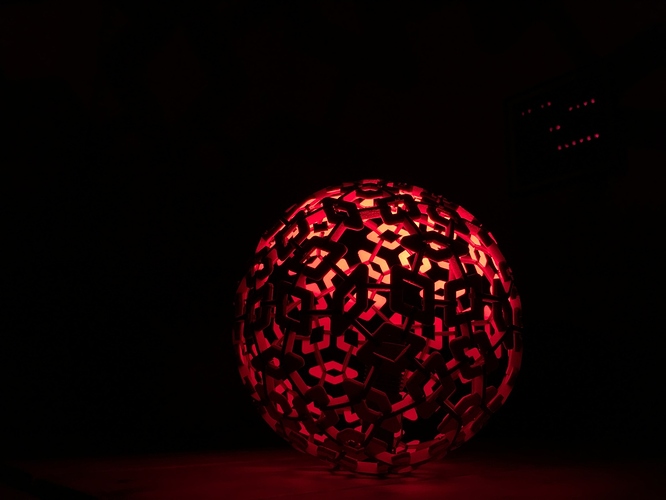 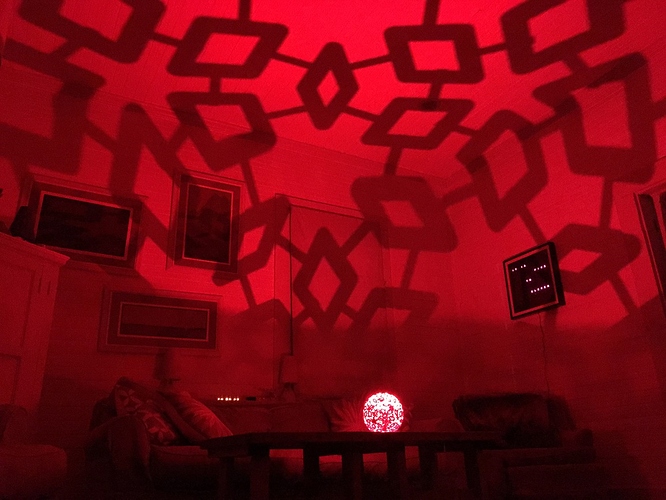 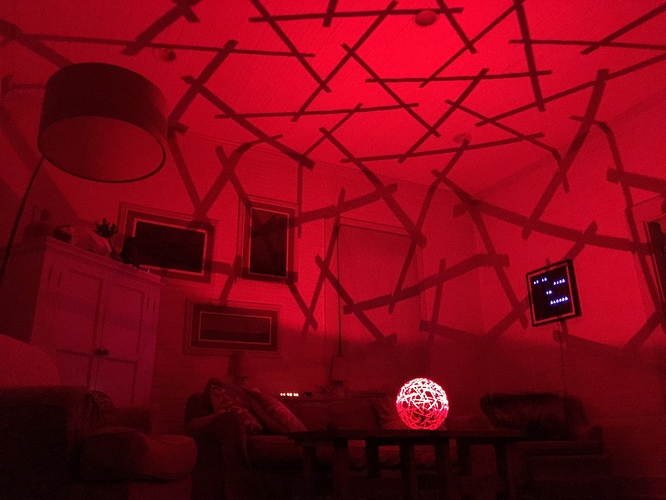 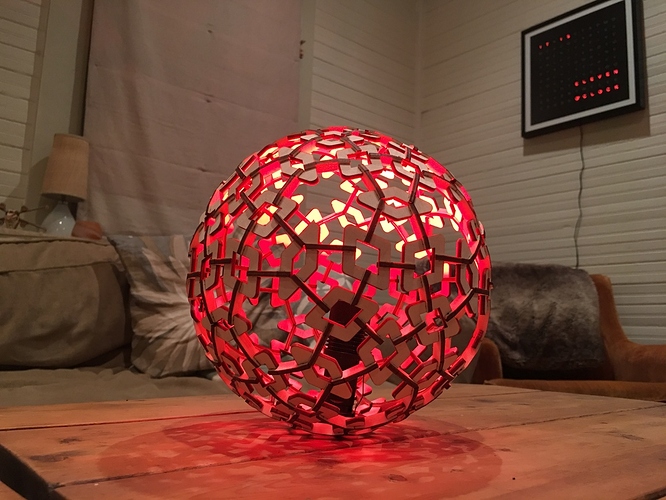 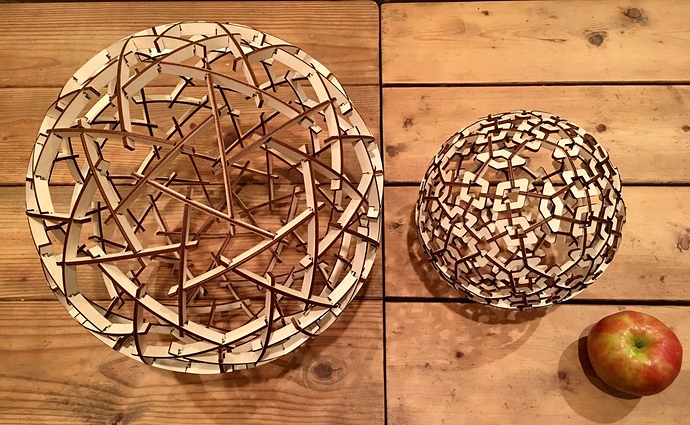 Notes: I assume the pictures will upload out of order. Stupid discourse + iPhone combo. Apologies for the lack of banana, I need to go to the store. As always, no glue was harmed during the making of these models. Interestingly, they each took about 30 minutes to score and cut out. The smaller model has lots more parts (250ish vs 180ish) so the total edge lengths to cut are probably similar.

What’s your light source? Those shadows are so sharp!

Led flashlight, just take off the reflector and lens, and it turns into a wide point light source.

They are so neat!

These are so nice to look at I especially like the reflections they create. Do you use a specific programme to create these? By the way, mine has a special place where I can appreciate it — until my cat plays with it and I have to search for it (happens about once a week).

This was the first Cree q5 based flashlights that came up on amazon, hunt around and you likely get a better deal.

They’re dirt cheap but you’ll want to hunt around for a 14500 size battery and charger (maybe a bundle item, light+charger?). They will run on a AA, but they won’t be very bright. Unscrew the reflector and lens, and you’re good to go with a really bright (nearly) point light source for all your shadow casting needs!

EDIT: here you go, charger and lift bundle for under $8:

I’d love to get some insight into how you’re modeling these. I’ve been a huge Bucky fan and have built several models over the years (table sized to a 50ft bamboo dome / tent structure), but have not thought enough about how I would like to approach it with the GF.

Just resurrecting this thread, due to the current rash of polyhedra. @evansd2 is the one who made me want to try them, by doing stuff like this.