Hi all,
I could REALLY use some help!

I have been trying (am on attempt #10 so far) to make a 1/4" wood notebook cover with a “living hinge”/kerf binding. All of my attempts have broken, some after a few days, some after the first slow attempt at bending the wood.

All of the search results I’ve found on this lead to a multitude of opinions, many of which contradict each other and at this point, I don’t know if it is my kerf pattern that is the problem or if it is the material. I even bought some kerf patterns on etsy, but have had the most success with ones that I have made myself.

What material would you recommend for this project? Anything with MDF (draft board) in it seems to break eventually. I’ve tried 1/4" ply, but with similar results, and last night I tried White Maple… but I burnt the heck out of it on accident… which leads to my second question…

recommended cut setting for 1/4" maple without burning/charring the wood deeply?

I think it’s the 1/4” that’s the issue, too thick to take such a tight bend for a notebook. Use 1/8” instead for the hinge. You can always double up the non-hinge portions to get 1/4” if it’s really necessary to have such a thick/heavy notebook.

“Living hinges” aren’t generally suitable as functional hinges long-term. They will fail, that’s just the nature of the material. They are best used for decoration.

The only way I got a successful curve was to fully soak the wood in water, then curve it, then finish it - but even then on the box that would be opened frequently I glued a layer of leather to the inside so that when it eventually broke it would hold together.

Living hinges are beautiful, but definitely better for things that don’t open all the time!

That being said - oh yeah no on the 1/4" unless your notebook is more than probably 4" thick you want to use 1/8", and yes plywood. The one I did in hardwood failed shockingly quickly no matter which way I laid the pattern against the wood.

There’s a pattern here that’s been working for a couple of years - but we only open it once a month or so.

I’ve had good results with a smaller pattern, but as others have said, it’s probably going to suffer over time. 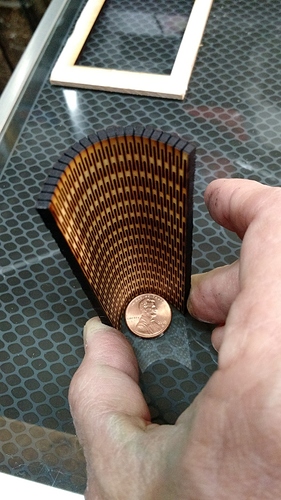 I glued a layer of leather to the inside

That gave me an idea - make your notebook living hinge from (just) THICK leather?

It would look natural, like wood, but should be durable?

(Yes, I’m well aware you wouldn’t need to cut it for leather to work - but it would give you the look you want.)

I made mine out of 1/8" Baltic Birch and it behaves like a piece of fabric. Which brings up another idea. You might try reinforcing the hinge by glueing it to a piece of sturdy fabric like canvas. If it does fail, at least the book won’t fall apart.

Thanks all, I am still working through it. I did find that using a much tighter kerf pattern helps. My progress got interrupted by needing to re-calibrate the machine. But I hope to have some success later today or tomorrow!

Currently my plan is to produce it with 3/16" veneer-on-mdf plywood and a fairly tight kerf pattern that will allow for a comfortable 3/4" radius bend.

I tried the maple again, but with a tight pattern and the board started to warp almost immediately. Does anyone know if this is due to it being hardwood or something else?

Hey all, I finally had success (so far… only been a little over a week, but no breakage so far!)

I remade the Kerf file that I had built. I put the cuts a lot closer together (about 1.4mm) and that seems to allow the balance that I need between flexibility and strength.

The material I used is 3/16" (actual) maple veneer over MDF internal. I like the plywood with the MDF internal because it seems more forgiving than hardwood, but is also less prone to warping. 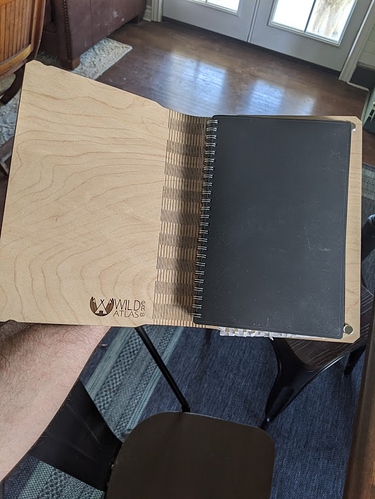 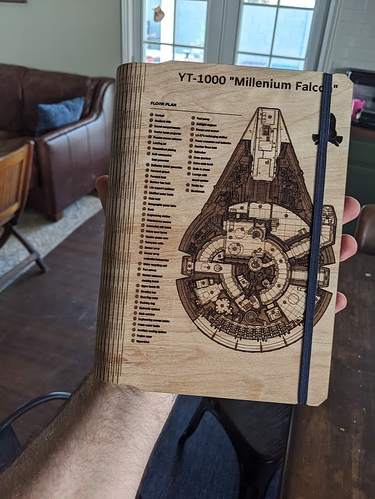 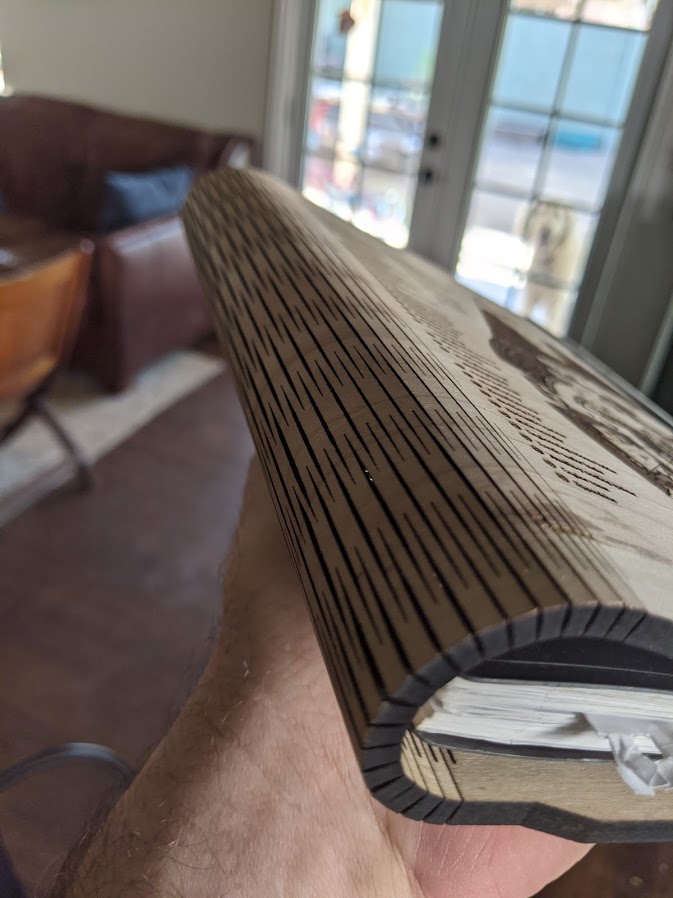