Looking for a Baltic Birch

Looking for Baltic Birch or comparable that is cleared through the ply. No tramp material, knots - fillers - etc’, throughout the ply. Any thoughts? Use a few suppliers now and have a 4 to 20% failure rate.

Baltic birch shouldn’t have voids or filler. Sounds like you didn’t get true Baltic.

It’s ply I sourced in SoCal. I’ll not reveal the source fore I’ve tried to work with them and they refuse to listen. I will not give them any more business, they don’t deserve it.

Yeah find a true source of BB. That isn’t BB, because true BB is tightly controlled. Birch is not BB.

I like rugby architectural building supplies, they have a lot of locations, maybe one near you?

Russian/baltic birch is pretty reliable stuff when you get the real stuff.

Are you in SoCal? I’ve been getting Baltic Birch from Ganahl Lumber. I can shine a bright light against it to find the voids before I laser it. For the most part, it’s pretty clear and it’s like 11 dollars for a 5x5 foot sheet. They cut it in store for me, I pay around 12 dollars for it to be cut into 15 sheets.

Thanks I’ll check them out.

I called Rugby when I ran out of mdf

. I don’t have a truck, and they don’t cut materials in the store. They told me the mdf was 4x10 feet. Sorry, it was funny to me at the time, imagining going to buy a saw to take the to cut the board to fit in my car.

It’s SoCal only. You have to go to the store to buy it. Some stores will charge you for a crazy amount of cuts because they will draw a diagram of 15 boards and charge for each line that intersects. It’s 50 cents per cut after the 5 free cuts. The store I go to doesn’t charge me for extra cuts (sometimes they charge me for 1, depends on who is working). I tell them I need 6 cuts, 4 with the long grain about 12 inches apart, 2 on the short grain about 20 inches apart.

I’ll scope them out and see how they work. Good Baltic Birch through and through?

can shine a bright light against it to find the voids

Most of it. I use it for cutting miniatures. There are void pockets from glue, but I find those with a bright light first, circle them, and avoid them when I place the files. It’s not alot, and it’s a whole lot better than the more expensive boards I was buying from an etsy supplier. I get rolls of veneer there too.

I’m completely confused by the comments about voids. Only the very lowest quality Baltic Birch is allowed to have voids. Otherwise, each inner layer is a solid sheet of wood and knots in external layers should be patched. The whole point is that it’s used for things like cabinetry, where you may actually see the edges of the wood. Having voids on an edge would be unattractive. If you’re getting “Baltic Birch” with voids, you really need to take it back and complain. 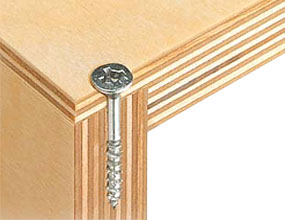 Ultimate Guide to Baltic Birch Plywood: Why It’s Better, When to Use It –...

You are so right about complaining and, I have.

Here’s the issue. IR lasers have various power settings. Full power 40 watt laser with a 0.012-0.015 focused beam can make it through 1/8" Baltic Birch at about 240 speed on a Glowforge. There are 3 layers to the BB I’m using. When the path of the design is laid over one of these obstructions, knots, fillers what ever, the density of the wood increases beyond the power of the lasers cut ability. I’ve done 7-8 passes over some 1/4" stuff and it barely makes it through. (remainder of the work piece is toast though). Looking for a cost justified 1/8" and 1/4" Baltic Birch, or comparable, that has integrity through the board.

I have the same laser so I understand the challenges with voids and knots. I have some ply that I’ve tucked away for other uses because it’s a nightmare to cut.

Honestly, I’ve never experienced anything like that in the Baltic Birch I’ve used. I had ordered some from Woodpeckers on Amazon and the first batch was fantastic. The second batch was not great so I stopped buying from them (it was warped and looked like lower quality). The last batch I bought was from Boulter Plywood and it’s been fantastic. That said, they aren’t cheap and shipping will certainly make it far too pricey for your needs.

about 240 speed on a Glowforge.

I think you’re too high. Even with a pro.

Do a proper cut test to find the upper maximum and then step down the speed for reliability. Speed without reliability is not a win, you waste way more time and materials with missed cuts.

you can’t have an outer layer be baltic birch unless the inside layers are. it’s either BB or it’s not, all the way through. if they’re talking about it being BB inside as well as outside, I’d presume they’re either full of ****, don’t know what they’re talking about, or they think you don’t.

I’m certain it’s BB through and through. The center layer, that’s the layer with all the knots in it. 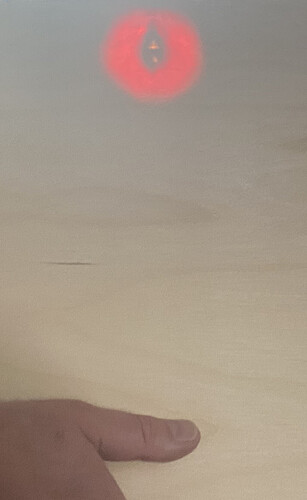 what grade is it rated at? it can be B, BB, CP or C. you shouldn’t be getting anything but B or BB.

B/BB & BB/BB. according to the suppliers WEDSite.