A couple of years ago I stuck up some off cuts from another project with some fun tack. 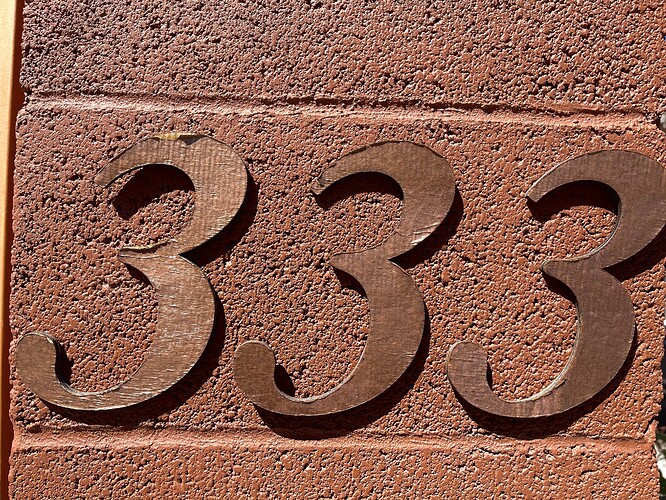 They weren’t weathering too well so the other day during lunch I threw together a quick design and sent it to the Glowforge. 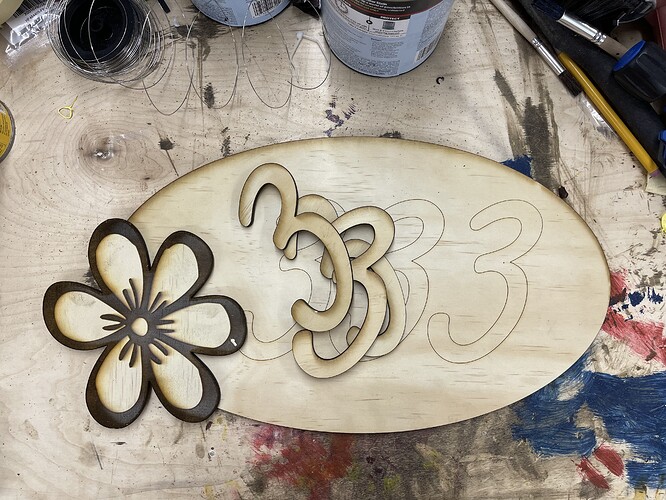 I had some bright stains laying around and finished it up with some lacquer. It isn’t an artisan piece but I beats what was there. 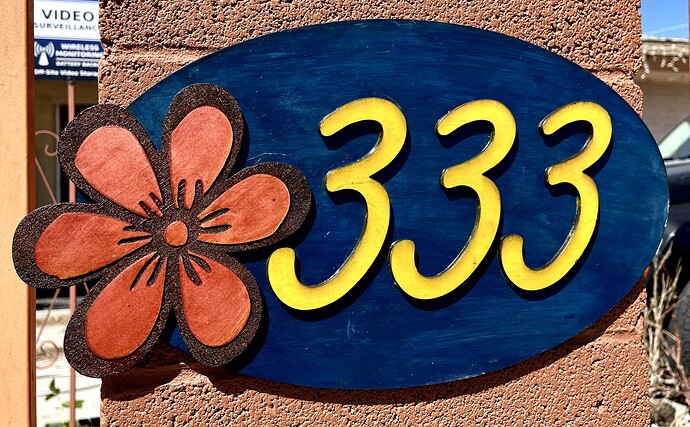 They weren’t weathering too well

Much more eye catching as well!

I love it! It looks way better than what was there. Everyone will notice this one!

I love the blue and yellow!

The colors and the flower make this really fun to look at! Much better than the originals.

Not seen very well either.
I blame lazy painters, since white would have popped them out.

Not seen very well either.
I blame lazy painters, since white would have popped them out.

The numbers were cutouts from a lightbox I was building to go on the side of the house. It was painted in a hammered copper Rustoleum. It had a bit of contrast with the orange of the cinderblock, not nearly as bad as it looks in the picture. I wasn’t worried about it as there are also numbers painted on the curb by the driveway that are black on white. There are also lame mailbox style number tacked to the house by the front door. I just added these because I had them.

Next thing is to do the numbers on the house. That is what the light box was for but I didn’t like the way it was turning out. I have a few ideas but haven’t started to put that together yet.