Ok I got my GF about 2 hours ago and this is the first thing I’ve done. I am wondering why the heck the brown spots happened, its not like that on the file. The file uploaded was an SVG that was all black. I did full speed and full power with 340 lines per inch. Its not charing and it defiantly doesn’t wipe off. I don’t know if the power was too high but its odd that it only did it at certain places on the image.The spots where it is white, the lines are super crisp but the brown spots the lines look fuzzy. Its kind of hard to tell that in the image. I uploaded a screenshot of what the files looks like for reference! 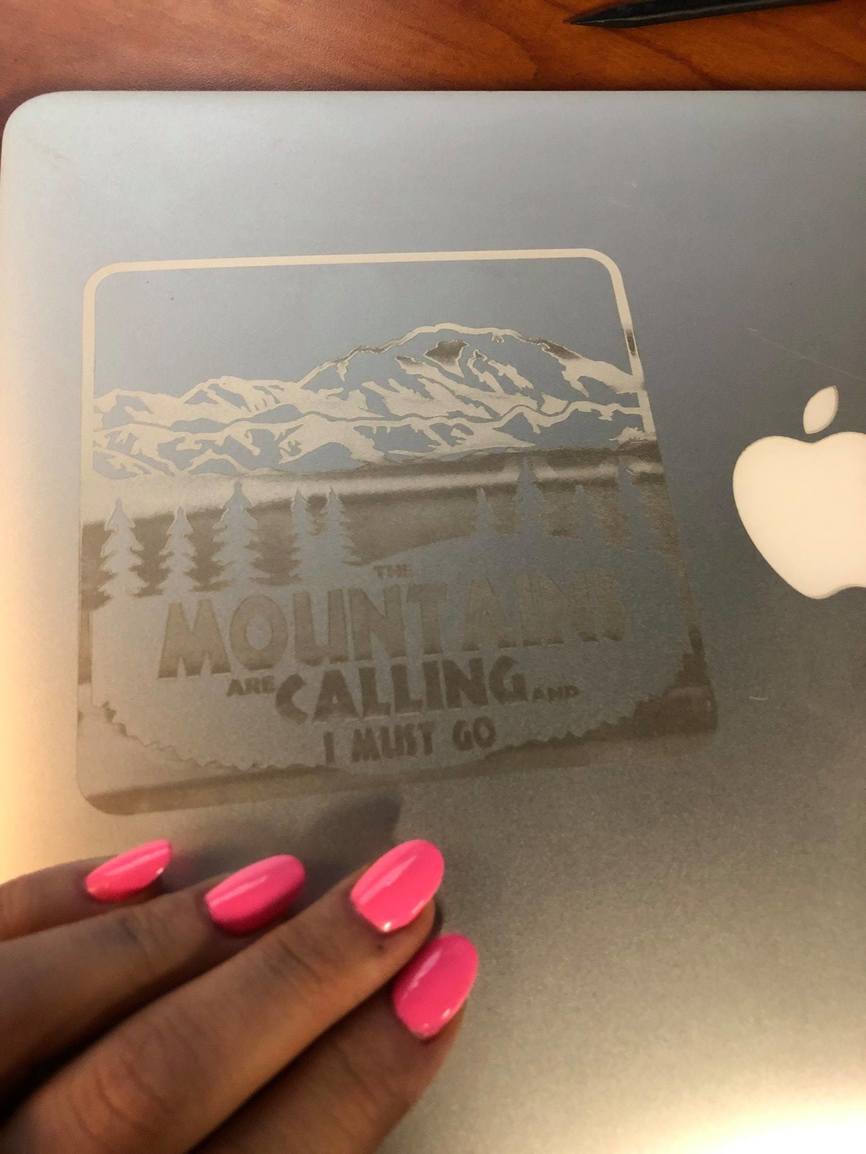 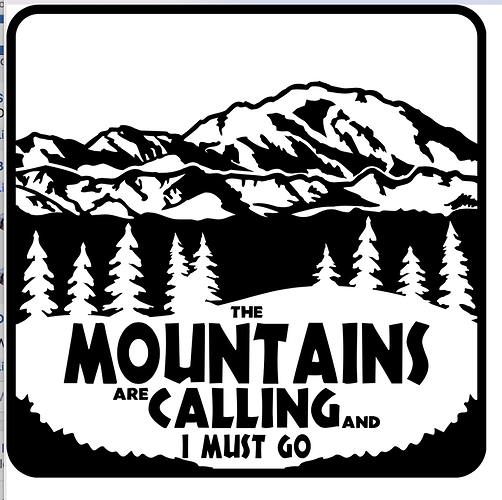 Oh and PS don’t worry, my family owns an Apple Computer store and repair shop so we have loads of recycled devices I can test drive on, so this is a non-functioning machine

Did you clean the surface first? There may have been some residue that reacted with the heat.

I would also suggest running a power test. It is possible that you were right on the edge of a transition. Try some engraves with lower power settings.

Ya know I did clean it first with an all purpose cleaner but I wonder if it left residue streaks at all that I didn’t notice?

I was going to say the same thing as @lairdknox. Any dirt or oils on the surface could definitely affect the engraving.

Y’know, you are in a potentially very useful position for this community. It would, I’m sure, be tremendously helpful to have somebody run some sample engravings at various speed and power settings on a bunch of MacBooks and iPhones.

It is possible. I was thinking aluminum would be a good candidate for a wipe down with alcohol. I would definitely try the power settings as well since it is a test machine.

I literally have about 100 devices ranging from iPads to iPhone to computers I can test on! You guys will be with me every step of the way!

My personal MacBook has hit the pavement at 60 mph so I wouldn’t be too worried about testing on it. I just don’t have anything that I want to try to engrave on it at the moment. 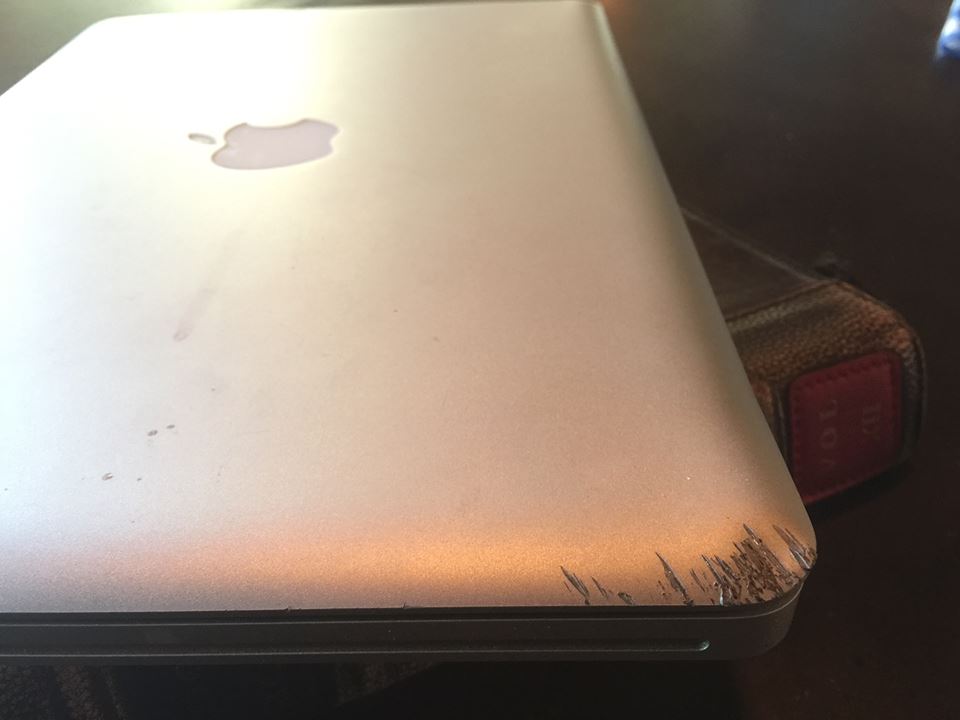 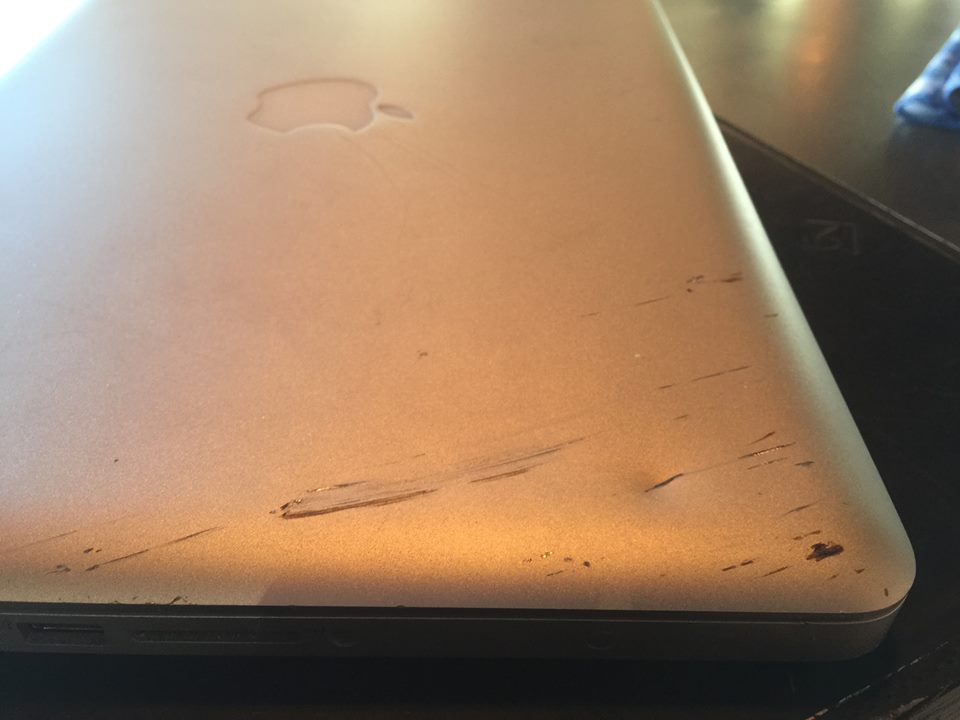 I had to climb down in a gully to retrieve it but it still works like a champ.

Congrats on your new machine—you are gonna have a ton of fun!

You engrave matching scratches on the other side!

I literally have about 100 devices ranging from iPads to iPhone to computers I can test on!

I did a couple iPhones from the local repair shop, with decent success. I gladly hand off the baton.

I literally have about 100 devices ranging from iPads to iPhone to computers I can test on! You guys will be with me every step of the way!

I want to see an iPhone X engraved.

Im not sure how thats going to work with it being glass!

Im not sure how thats going to work with it being glass!

That’s why I want to see it.

Okay so I took another try after cleaning the laptop with alcohol and using a different file. I also turned down the power to 99. I’m also wondering since this is a MacBook Air and slightly thinner on one side then the other if that made a difference the first time. This bow was done on the thinner side of the computer. 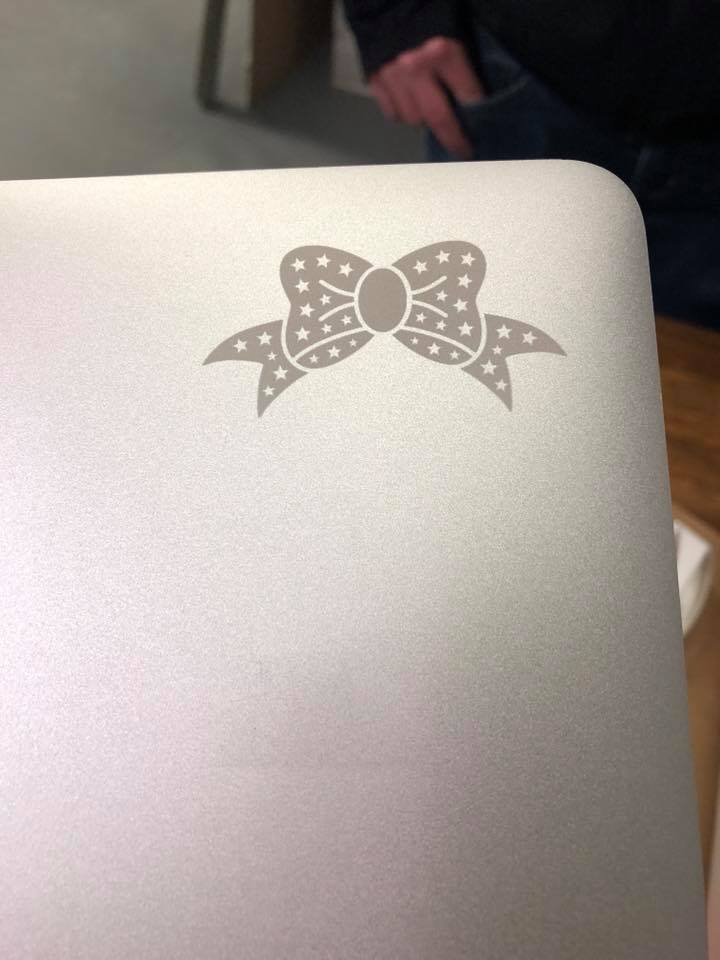 I have a feeling there’s an interesting story behind this…

And a nice tire tread design so it looks like it was run over.