As it turns out, Mathematica can spew SVG!

I tossed together a Mathematica Notebook that renders the phyllotaxis pattern found throughout nature.

This is an abstract rendering of the head of a sunflower.

A test print. I have a couple of projects in mind that’ll use this pattern and a couple other natural growth simulations. 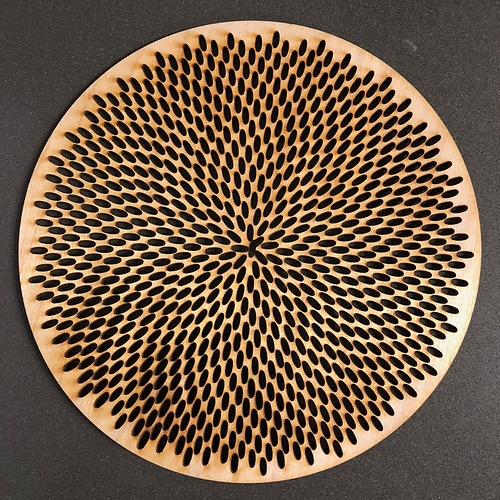 Awesome! Please consider sharing sample code and any documentation that you might have. I would love to play with mathematically generated designs.

On my very long list of things to write up!

Just add some spinning motion to that piece and it will make one’s eyes cross!
Very cool!

Spinning and a correctly timed LED and you can get really crazy animation effects.

Very nice! I’ve been thinking about trying to write up some very basic self-contained SVG-spewing code just to get to know the format better and maybe automate aspects of my own math-art obsessions, but Mathematica seems like a smart way to shortcut those DIY headaches.

Hmmm…do it in acrylic and slump it and it’d make a pretty cool looking bowl.

There are tons of SVG generators on Github et.al. in various languages. And, frankly, they provide better control of the output than Mathematica’s SVG generation (as far as I can tell so far).

One of many many ideas for this.

That is an exceptional piece of work.
It is hypnotising.

I’m hoping the final project is even more mind baffling.

I shall be watching with bated breath 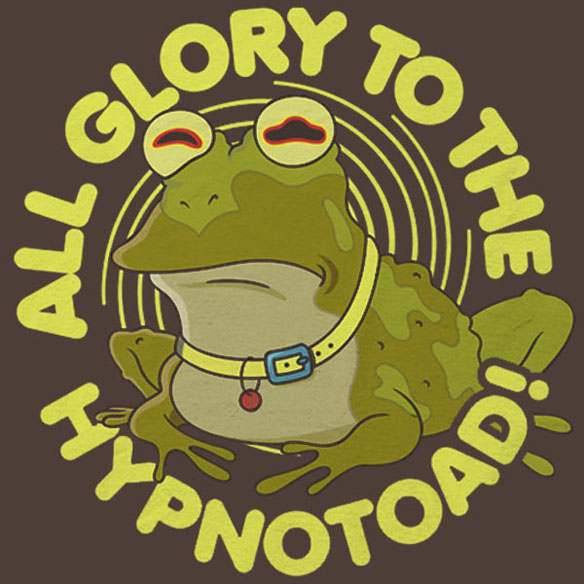 (yes, Discourse, that was a complete sentence)

Can’t wait to see what kind of projects you whip up with this pattern!