Magic the Gathering, if you’re not familiar, is a card game made by Wizards of the Coast. They sell special decks that are meant to play against each other called duel decks. I’ve found these duel decks to be a great way to enjoy the game of Magic without having to fully jump into the meta of card collecting and deck building. I decided to design a case specifically for these duel decks as I have several sets. I’ve only made one so far, so I’ll need to update the engrave art for the others.

I started out with a design that put the decks back to back with each side opening individually. I reallly liked this design and the cardboard prototype came out great. But I ran into some issues once I went to wood. You see, I wanted to use magnets to snap the box closed. Because of the way in which the box was designed, I ended up needing to embed the magnets into the hinge. This didn’t work so great and weakened the hinge too much, so it snapped when I was bending it. 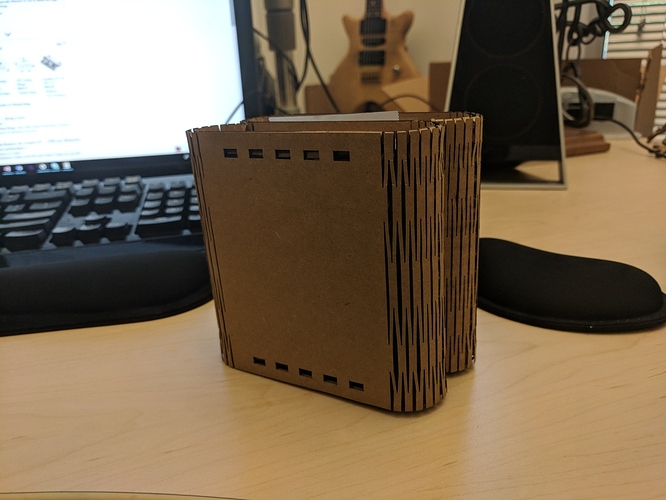 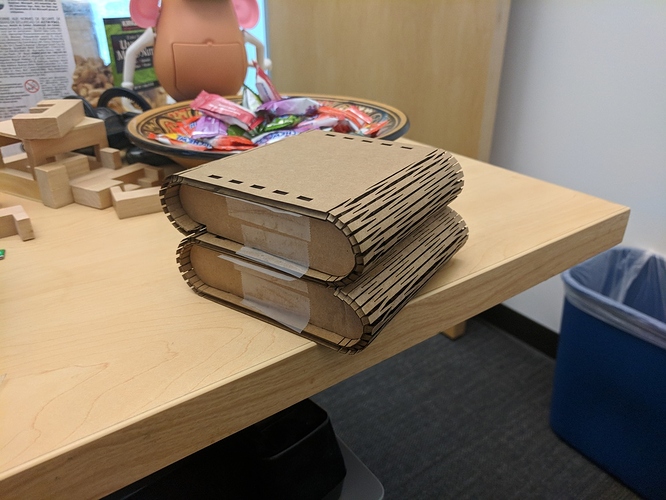 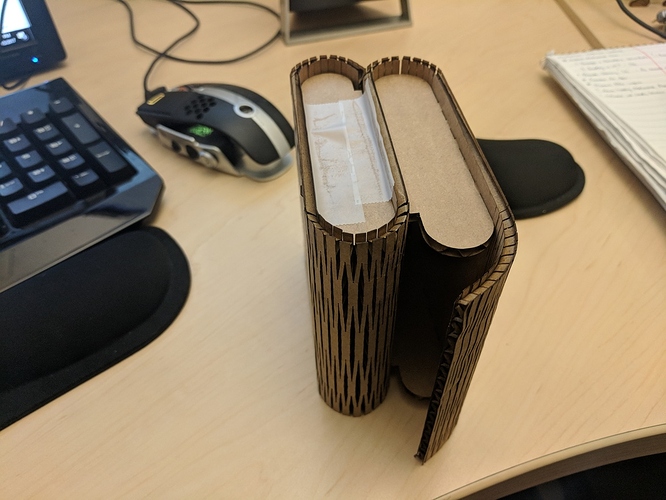 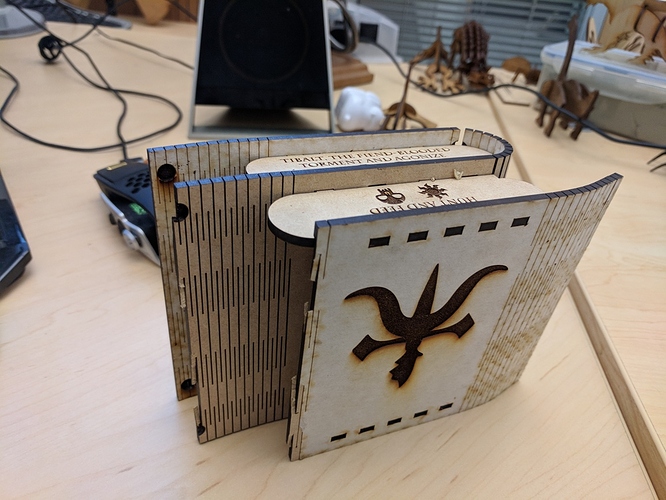 The fit was also not exact…a symptom I assume of how I tried to line up the joints in illustrator. The cardboard prototype didn’t adequately test this either. Looks like draftboard will continue to be a necessary step for testing new designs.

After hitting a few stumbles, I decided to start the design over again. I wanted to try out Fusion 360 so I did the second design in that. I really like working in 3D and some of the parametric features the software offers. The workflow that’s required, however, is less than ideal. I think Illustrator will continue to be my main tool for designs, but Fusion 360 may be able to find a place in my arsenal for certain types of projects.

The problem with the first design was that there was nowhere flat for the magnets to be placed. You can maybe tell from the picture that the hinges closed toward the middle of the box. So I changed the design to be side by side, allowing me to place the magnets past the hinge. I don’t like the look as much, but the design worked the first time. I sized everything for an exact fit. It snaps together really tightly. A little too tightly I thought at first, but I actually like things being really snug, so I didn’t change it. Final print was on proofgrade maple plywood. 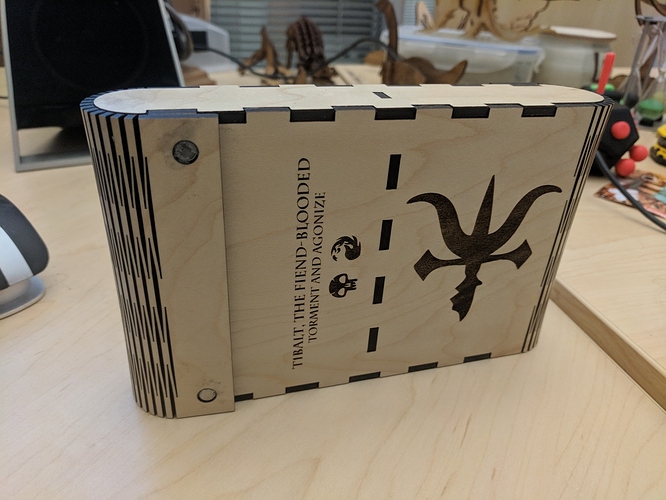 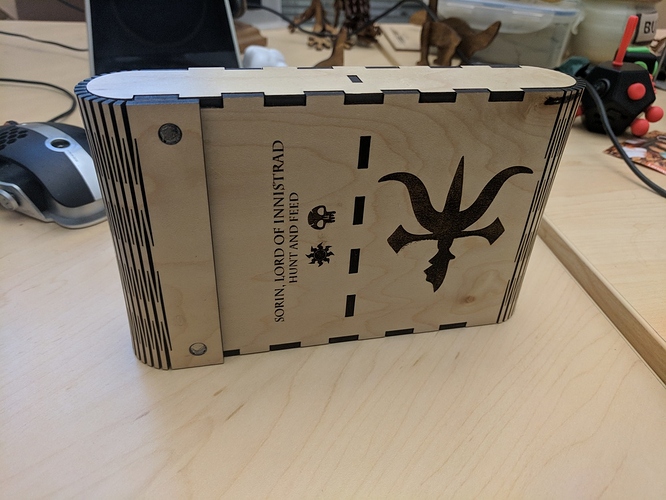 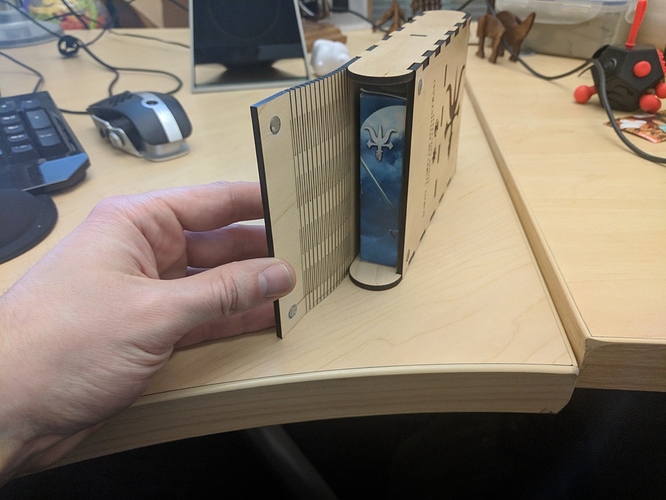 My magnets are 1/8" thick, so they are about the same thickness as the wood. I placed a piece of tape on bottom, dropped in some super glue, then dropped in the magnet and put another piece of scotch tape on top. This worked ok, but I made a little bit of a mess with the glue and parts of the tape got stuck to the box. This is visible in the pictures above. I’ve since scraped at it with my finger nail and it’s improving. I really love the satisfying click and snap shut that the magnets give, even if they aren’t the most aesthetically pleasing.