What are you listening to right now as you goof around and/or forge things?

I’ll go first. I’m listening to a mix by The Hood Internet. It’s mostly a mashup of hip hop and indie rock, which is what Hood Internet does. As such, yes there is some questionable language.

Kind of blues and soul combined?

This is playing now.

Trying to decide between Foo Fighters, Goo Goo Dolls, Aerosmith, or Days of the New for a longer playlist to just run in the background. Maybe Alice in Chains.

Disturbed - Sound of Silence pandora station is another favorite. I think I’ll play that next. Is that close enough to now for a mention?

I’d think so. I ended up with Nirvana “1992/Live at Reading” album playing instead of all the other things I mentioned

I don’t listen to music at home, sometimes when driving or riding, and then it’s Disturbed, 5FDP, Shinedown…

However, when working or creating, I typically have YouTube on with a random video from one of the ~200 channels I’m subscribed to, including a couple of bands (as above) but mostly science, education, makers, gearheads. At the time I started typing this, is was a description of the route the Enola Gay flew to Hiroshima using Google Earth (Forrest Haggerty) and now I had to pause Doug DeMuro’s review of the Trabant from 2016, because there’s some interesting details I want to see…

The title track from one of my favorite albums and always on my music list:


And long but worth the time:

May be scandalous to creationists!
Actually, I think I love the whole album!
Nightwish is under the subgenre of symphonic metal, which combines elements of heavy metal and symphonic orchestrations. Led Zepplin and Metallica are some of the more well known pioneers. Nightwish and quite a few other European groups have taken the genre a lot further and brought it more mainstream. It is a pretty good starter for metal heads. This is one of the more recent articles that I found interesting to read, and helped me get over the reluctance of sharing this music with others: 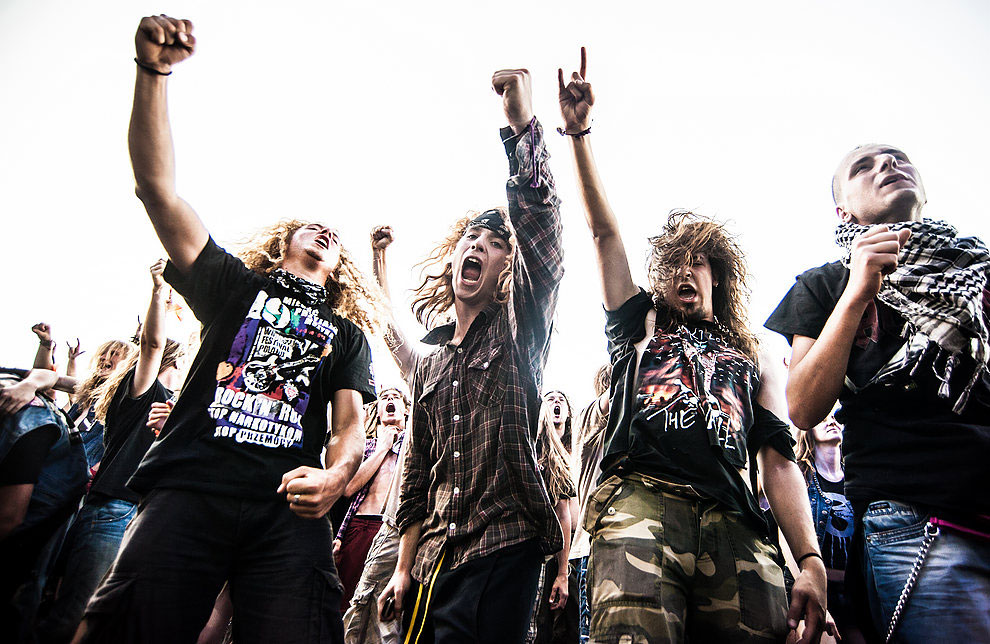 The Positive Psychology of Metal Music

For a long time, most academic studies of metal were as dark and foreboding as the songs appeared to be. With titles containing phrases like “heavy metal musi

One of my all time favorite songs:


Don Rosa used to come to Phoenix ComicCon and I got my album and my copy of the original comic compilation autographed by him! It was kind of funny; he kept trying to give me free posters, so I bought several. I think I ended up with five or six of his.

First saw then when I was about 16; Last time was about 2 months ago. These guys know how to put on a show! And just as good 40 years later :)

For me it’s Billy Joel. I saw him the first time when I was 15, and again just about 2 months ago. Not quite 40 years, but he’s still incredible. In fact, I liked him better this last time than I did when I saw him around Y2k. At 69, he’s more focused on playing and singing, and less on theatrics.

Awesome. For me the two I’ve seen most have been Jimmy Buffet and ZZ Top (followed by Neil Young). I haven’t been to a live Buffet concert in a while, but he streams just about everything so can enjoy his concerts without the hassle of dealing with people

I missed an opportunity to see Buffet recently. I was not happy. The last time I saw him live was over 20 years ago.

I passed up watching him in Florida earlier this year too. Subscribe on FB and you’ll be able to stream concerts. He still does Tuesdays, Thursdays and Saturdays when on tour

Jimmy Buffett and the Coral Reefers

That’s awesome. Unfortunately, I refuse to use Facebook anymore.

There is always this option too!

Or stream on Radio Margaritaville.

Also on my list for more melodic metal are Delain, Lacuna Coil, Epica, Stream of Passion, and Kamelot.

I also just recently ran across another metal band called Jinjer. Not symphonic but definitely melodic and a distinct sound.

Well, right now it’s the dead south and basically one song in a loop (have to clean, best song for that — in my opinion). According to Wikipedia, they are folk-bluegrass.

KEXP – best radio station ever! you can stream it, too. About every genre played during the week, if not a day during different DJ’s shows…
http://kexp.org/

And I have Yes, ‘90125’, Stereo MCs ‘Connected’, Midnight Oil "Beds are Burning’ in my CD player.
(but right now having my morning coffee & watching the news–sorry, not following the rules for posting, I know).

When I just need to focus in on something but want something to drown out noise from outside the office, I usually turn to Synthwave. One of my favorites is FM-84. The track that’s on right now:

There are times like this when I’m grateful that I’m an old fuddy duddy that no one would expect to keep up. Whether it’s medieval plainchant, minimalism or folk, classical or trad, if it’s got a tune that I can recognise second time around - great.
For the rest, I take my hearing aid out !
John

Synthwave is what’s up.

A few of my favorites from the genre: