Hi! I just received my glowforge yesterday and have been testing it out today. I’m running in to an issue with the scan your drawing feature. 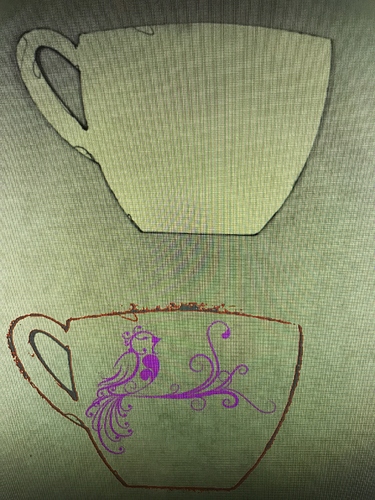 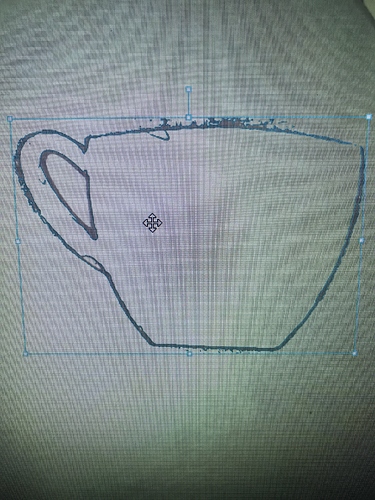 The cut line isn’t crisp at all and I have moved the cup around several times and each time it is either not crisp or not traced out all the way. What am I missing?

The scan picks up exactly what it sees, if it see’s a lot of little scratchy drawn lines, that’s what you’ll get from the trace. You might want to try making the cutout cup solid black, and then just clicking the background to create your outlines. It will place an outline all around the outside of the cup.

You might want to try making the cutout cup solid black

that was my first thought too, spraypaint the cup so it is a solid color that is distinctly different from the background. Wood on wood means that the scan is pretty much only picking up the shadow of the object, and the scribbles on it.
Or maybe use a good black sharpie and hand-trace the cup on a piece of white paper, then use that for the scan.

You guys are fast! Thank you for the help!

I will try those suggestions out!

Another question, do the majority of people here use illistrator for creating files??

I don’t know which has more users here, but for vector editing the majority certainly use either Illustrator or Inkscape, followed by Affinity Designer and Corel.

If you want to make the most of the actual trace function, I advise getting a white porcelain tile and using sharpie on it. That will give you the most crisp scan possible, and the traced item can be placed on proofgrade or anything else. That is how I did my “I was Groot” birch round.

Thanks for the answer, @Jules, that’s right. @dgurlov - can you give this a try and let us know if it helps? Thanks!