We recently purchased the GF pro and we’re struggling on figuring out the best design app for engraving and cutting the material. We downloaded illustrator app on our iPad but for some reason the cut line doesn’t show on the GF. Is there a better app to use or something else we need to do? Any help would be appreciated. Thanks in advance.

Illustrator is used by many users, as is Inkscape, and Affinity Design. Perhaps the cut line didn’t show up because of the way the file was designed. If you share the file, someone will have a look at it.

when you say cut lines? do you mean Score lines, or Cutting something?

each "layer’ of your design, needs to be set up in the GFUI (Glow forge user interface)
so the laser knows how to treat each layer, in Illustrator you ‘color’ the line
(red = cut) (black engrave) (blue = score) maybe that’s the roadblock?

how thick is the line I have on several occasions made a line something less than 1 point and it down show in GF Unless I really zoom in. you would change the line thickness under stroke options.

The GF does not recognize line “thickness” for cuts or scores. It follows paths, which have no width.

Engraving is a different matter.

Illustrator for IPad works fine with the Glowforge but you do need a certain workflow. This video might help explain:

Use Illustrator Mobile and learn Design Basics Everything Else

Here is an intro video I made showing a workflow using an iPad with Adobe Illustrator Mobile. [Design Basics for Laser Cutter]

You are 100 % correct. However, the line thickness will make a difference in the GF interface display.

Sorry all, I need to correct myself the line thickness doesn’t make a difference in the GF interface retested just now. Now I have to figure out why lines disappear at times when I use the GF interface.

Sorry about the confusion.

Try making sure you assign a specific swatch color to all the lines you want to cut. Then differentiate the color for different operations.

It may be the file type you are exporting as well. To keep all the machine operations separate and to show up as layers in glowforge you need a vector file. Try exporting .svg or .pdf. This video shows my workflow with Illustrator Mobile.

I think the point he was making is if the line is drawn too small it will be harder to see. By thickening it in the design software you get the same result but it’s way more visible when you upload it.

Line thickness is not represented in the GF UI. 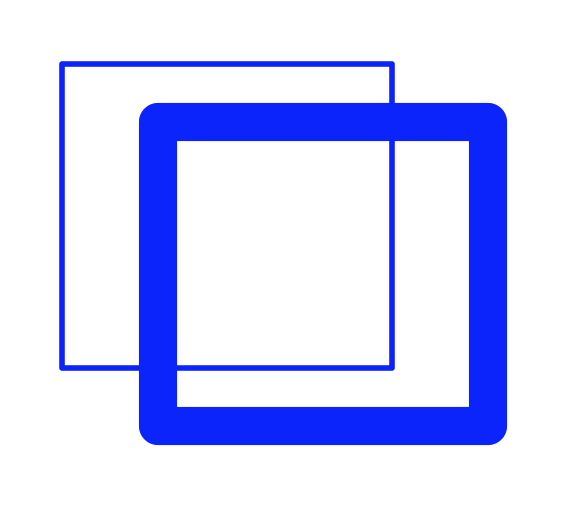 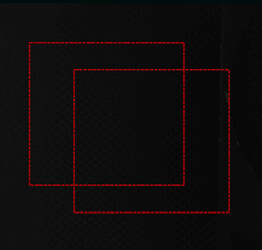 My mistake! You are correct! I could have sworn I had that problem in the past but I see now it’s easy to lose sight of something for those reasons in Inkscape but not on the glowforge.

^ Thank you for the video.

What we are trying to do is upload a picture of a logo from our iPad to the GF to engrave then cut but the only thing it will do is engrave the cut line instead of cutting it. With the premium trial it would allow me to just create a new outline but with the trial period over I can’t figure out a different way of doing it.

Your cut line needs to be a vector path (as do scores).

The machine can only engrave raster/bitmap image elements.

So the issue is that your file needs two components: the engrave part (which you already have, the bitmap part), and a cut component ( the vector cut line which the Glowforge Premeium software was formerly creating for you).

You can create this vector cut line using a trace function, which is in many desktop software (Adobe Illustrator, if you have it, or the free Inkscape, for example). As far as I know the only iPad vector editing software that has a trace function is Illustrator for iPad, which you saw demonstrated in that video. There are also websites where you can upload your bitmap and have it trace for you, so you can download he traced vector.

I figured out how to cut around the border. I had to switch it from a jpeg to svg before I exported to a file on my iPad. Now it’s cutting 2 lines instead of 1. Any idea what I’m doing wrong?

There are most likely two superimposed cut lines in your image. In whatever design software you are using, zoom way in and click on the cutline, try to move it away to a different spot. You’ll probably find that there is another one under there.

In whatever design software you are using, zoom way in and click on the cutline, try to move it away to a different spot.

I usually use the lazy way - click on a suspect line and hit delete. If the line still shows then I do it again until it disappears (means all the dups are gone), then I Ctrl-Z once to get one line back - sometimes there’s just one dup and sometimes there are multiples. It’s quicker than switching to wirefame mode and looking for a slightly darker one as well if I’ve got a good idea where I’ve got an offending line.