No fly swatter? No problem

Doors were left open the other day and several uninvited flying guests took up residence. Where as Mr. Waffle Kitty has made a valiant effort in eradicating several, there are still a few evasive ones still flying about.
Any normal person would have gone out and gotten a fly swatter, but hey, I have a laser, so I did the next best thing…

Found on Thingaverse as suggested earlier by someone on here that made the 3 in acrylic that for the life of me I can’t recall who nor find the post. 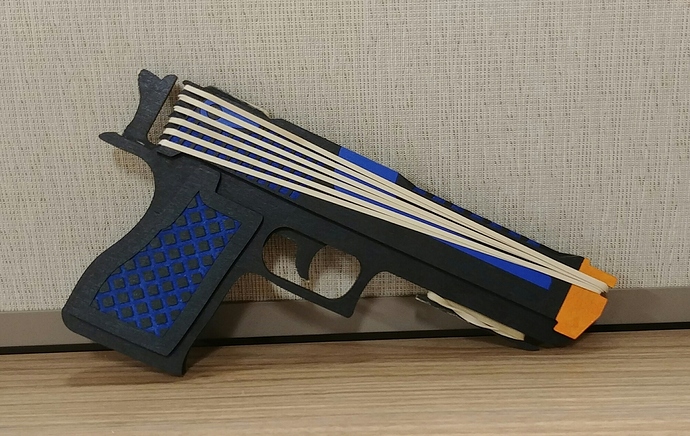 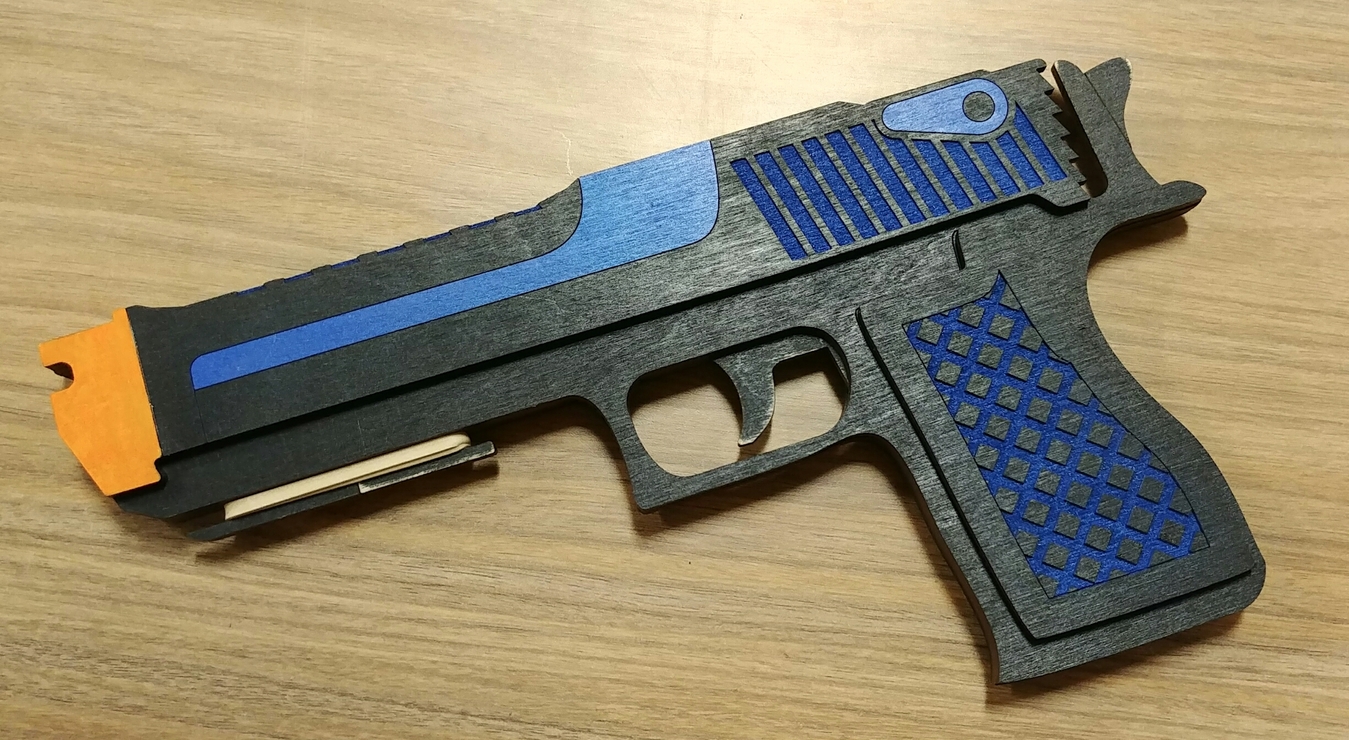 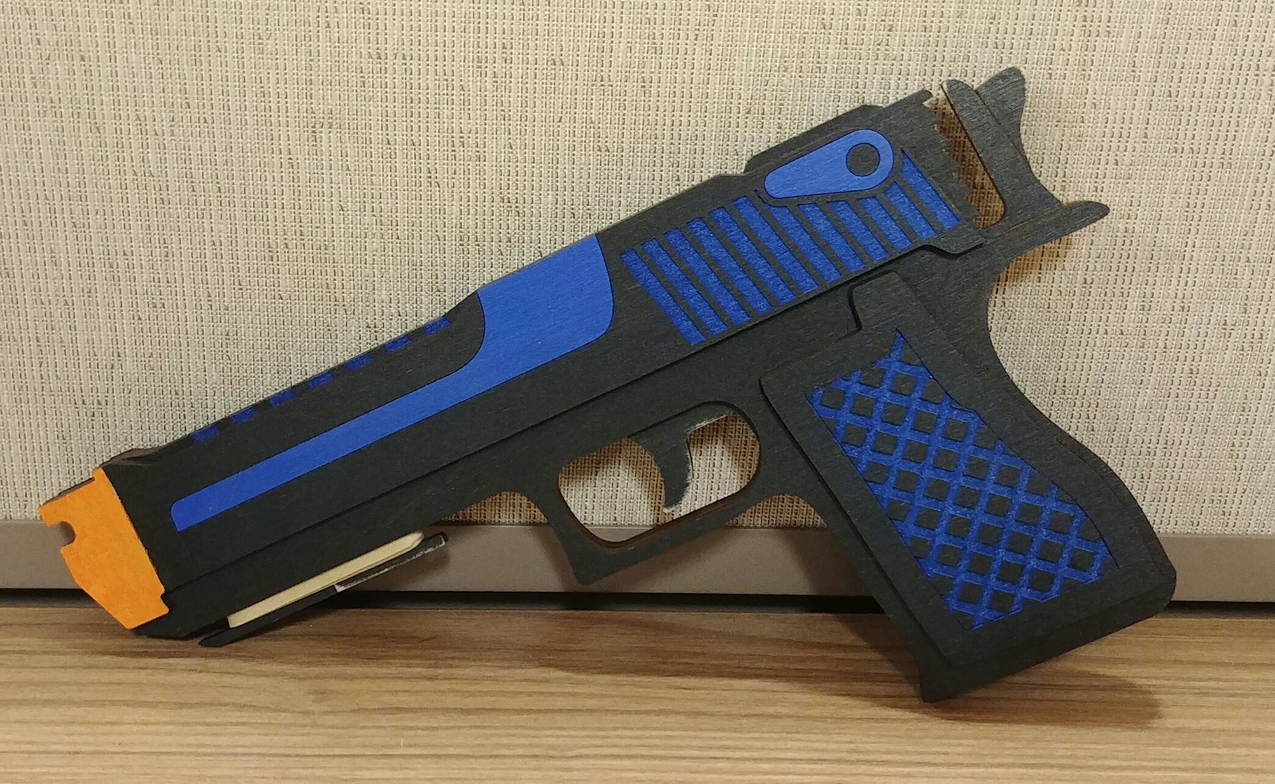 This is done on “color infused” 1/8" Baltic birch. (My own version, not the stuff from Rowmark)
Masked, cut then painted the etched parts.
Some parts need to be touched up since I had to do a fair amount of sanding to let the inner parts slide easily.
28 Likes
shop September 7, 2018, 1:12am #2

when i was in the army and working in an old WWII barracks basement in germany on mid shifts, we used to have “how many flies can you kill in one mid shift” contests. i was deadly with a ruler and a rubber band. they never know what hit them.

This is cool and great. I think I would end up finding other fun ways to use this other than on flies.

My son has been eyeing it…lol. The bands I put on aren’t really tight so hopefully they won’t leave a welt…lmao

That looks really nice! (Much nicer than the thumbtack blowguns that we used for pest control in the day.) 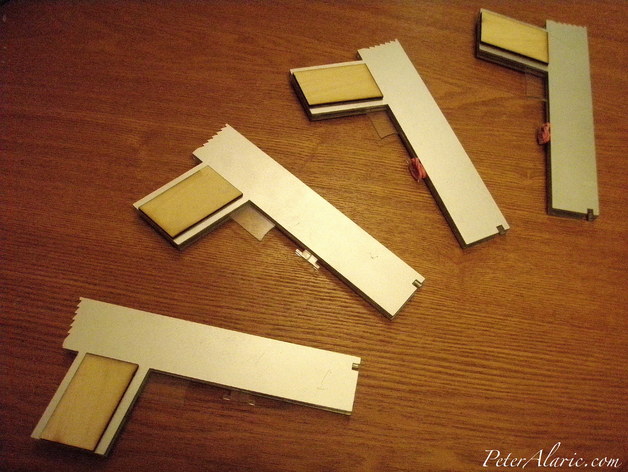 Have a laser cutter? You can churn out Lyratron XRBGs (Experimental Rubber Band Guns) all day! We developed these pistols as Xmas presents for our bros, and as usual we decided to open source the design. It's a simple 6-shot step-up mechanism. We...

On the subject of zapping house flies, I was just gifted this bad boy…

Get more flies with the Yellow Bug-A-Salt 2.0. More power and better durability. It shoots a shotgun spray of regular table salt. No Joke!

Amazing thang! It had to be smuggled here into California because “A-salt weapons” like this are banned by the State.

BTW: You can also use it to salt cherry tomatoes on the vine before eating same!

I converted a design to draftboard a while back.

Thanks to @rodrigobrionesm for the link. Continuing the discussion from Fun cardboard rubber band gun: I used the manual from https://www.rbguns.com/guns/m-9/ and converted it all to SVG and modified the sizes to use medium draftboard. [IMG_2839] So? Do you think it would be okay to post?

Only way I could get one, sadly.
I was hard eyeballing one, and like in that TV commercial, the wife just looked at me and said NO, then moved on.
I pouted a little but got over it. She was probably right.

Similar, but not the one I used…its on Thingaverse though…it was this one. 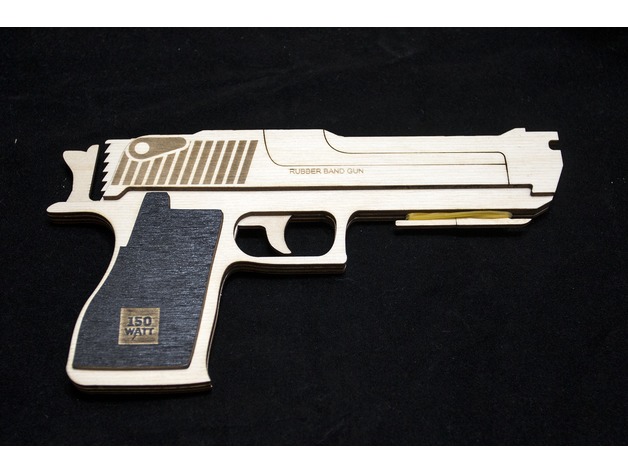 Those flies don’t stand a chance!! Hmm, what type of “smear” does a direct hit leave?

I’ll let you know when I actually hit one…lmao

Mine worked great for about a year. The next season it would knock down the fly, but then it would fly away. So I tested at point blank range. Same thing. It’s fun and awesome and all, but it doesn’t kill anymore

. It’s fun and awesome and all, but it doesn’t kill anymore

@caribis2: Therefore the version 2.0 Bug-A-Salt—which I have. It says it has “increased power and durability”. We shall see.

Some day we will have a quad copter that shoots rubber bands available to us. That would be an awesome fly swatter.