So for those equestrians in the group our stable is part of the Charles River Dressage Association group of stables. And the owner of our stable was hoping to hand out custom sweat scrapers at the annual event as a giveaway. He found some hardwood scrapers (who knew, I had only ever seen the half-circle squeegee type before). So luckily my crumb-tray returned after I had accidentally sent it back with the warranty GlowForge (thank you @jaz) so in looking at the shape of it I realized that the curved portion was over 1" tall so realizing if I put that to the right, it would never be in front of the head. So put it against the right side and put some masking paper (not quite tight enough some of the soot got under there it’s quite oily wood I guess) on the handle. 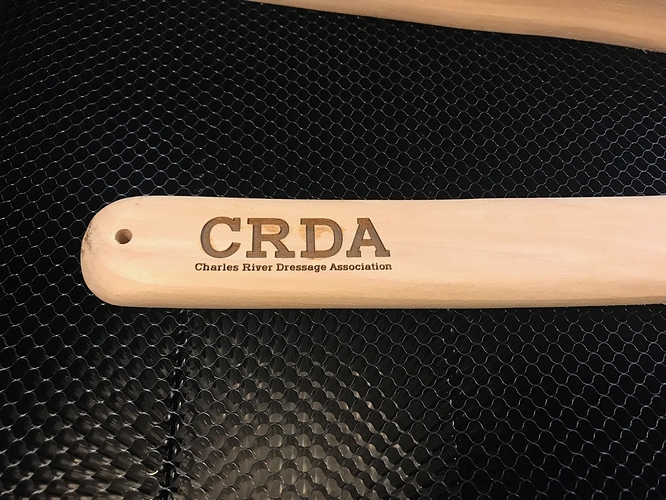 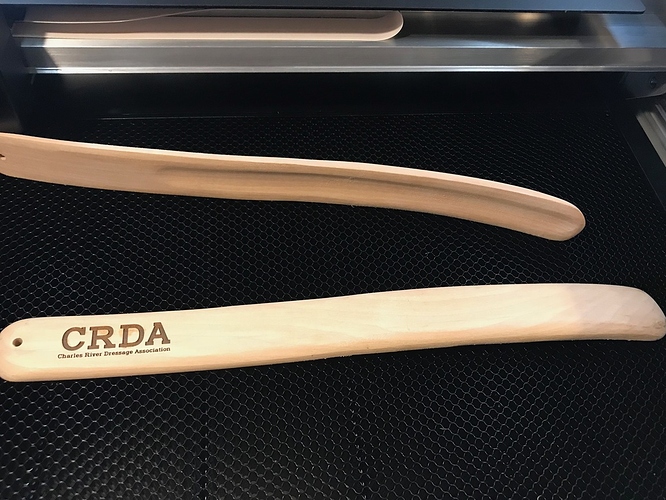 Very cool! Did you do a dry run before putting it in there, to verify that the head wouldn’t bump it?

Nice personalization. Isn’t there a scene in A Funny Thing Happened to Me on the way to the Forum regarding mare’s sweat? Random associations.

Nicely Done! I’ve only encountered the straight kind in plastic before. This would make very nice personalized prizes for shows and events.

zero mostel. there’s a reference i haven’t seen in a while. mare’s sweat sounds vaguely familiar in context, but it’s been yeeeeeeeeeeears since i saw that.

I rewrote the script in my last year of college to A Funny Thing Happened to Me on the Way to the Seminary. We redid a lot of the songs (Pretty Little Parish; Everybody Ought to Have a Nun; Holy, all I am is holy). It was quite the production and a lot of fun.

He was great. The whole cast was funny in ways you don’t see anymore.

I loved him in the original Producers movie too.

And if you had a Glowforge on site and a minimal amount of time before the awards were presented, you could personalize even more.

This is an impressive derailment even for the GF forums! sweat-scraper->Zero Mostel

You mean, a funny thing happened on the way to the GF forum?