Was cleaning out the office and came across these pics. A little background, I was born into a maker family long before “maker” was a term on its own. My dad started an Industrial Model Making class at our local community collage around 1980. Shortly there after he opened a business (in our barn)making visual models for company’s like IBM, Xerox and Kodak to name a few. This was my playhouse!
We would get full size whiteprints and use basic shop tools to create these models, no lasers no CNCs no CAD. we had a Bridgeport and a Enco mill, a lathe and your basic wood working tools. The models were mostly wood styrene and bondo.
Looking back at what these guys did is amazing! and a little scary how dependent you can become on technology.
We got our first CNC around 1992. It’s neat to look back and see how new technologies (CNC and CAD mostly) have changed the look and feel of our every day products. 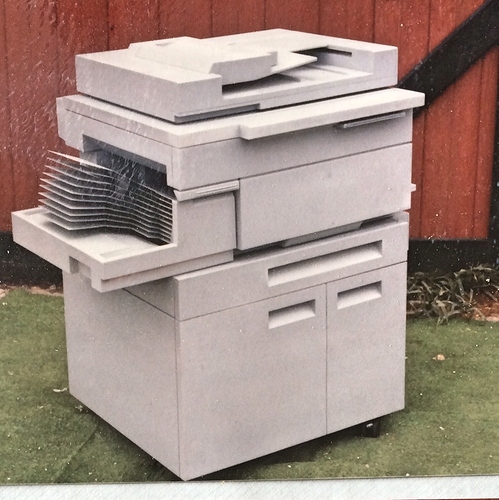 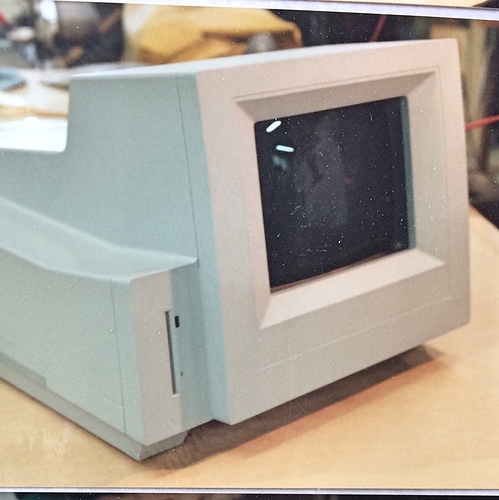 I didn’t think they were models!

You do come by it honestly then!

This is a fantastic look back, thanks!
My first job out of grad school was for a company that built big presentation quality architectural models. At first we also just used the usual hand/power tools to build them.
I worked there a second time around 1989 and they had leased two enormous Bridgeport CNC bed mills. I had a blast with those things! Somewhere I still have a tiny plastic model of a super complicated window that we cut with hand coded G-code.

wow - I love the CRT with floppy drive. Someday our little usb thumb drives are going to look that retro!

Unbelievable model work (meaning very realistic)! Can you just imagine the last photo of the CRT and floppy being a retro SD card reader and display for photos?

Out of love, but that’s a great idea!

Speaking of Old School, just saw this go by the other day. They definitely could have used a GF.

What a great book!

One of the students first projects was alway a paper model, there were always a couple the were amazing!