So went to trace a drawing (trace not cut) and got an overtemp warning. Now while the outdoors was super hot today in Boston, the house is air conditioned and that room was 67F according to the nearby wall thermostat in that room (I guess that’s obvious since 67C would be excessive even in death valley) anyway not sure what that was about. The unit shut itself off moments later ( I did a calibration right before starting the trace as I hadn’t cut anything in a few days); it rebooted fine after I shut it off and turned it back on a few seconds later. Of note the material on the bed at the time was

Cherry ply with the drawing directly on the masking paper. 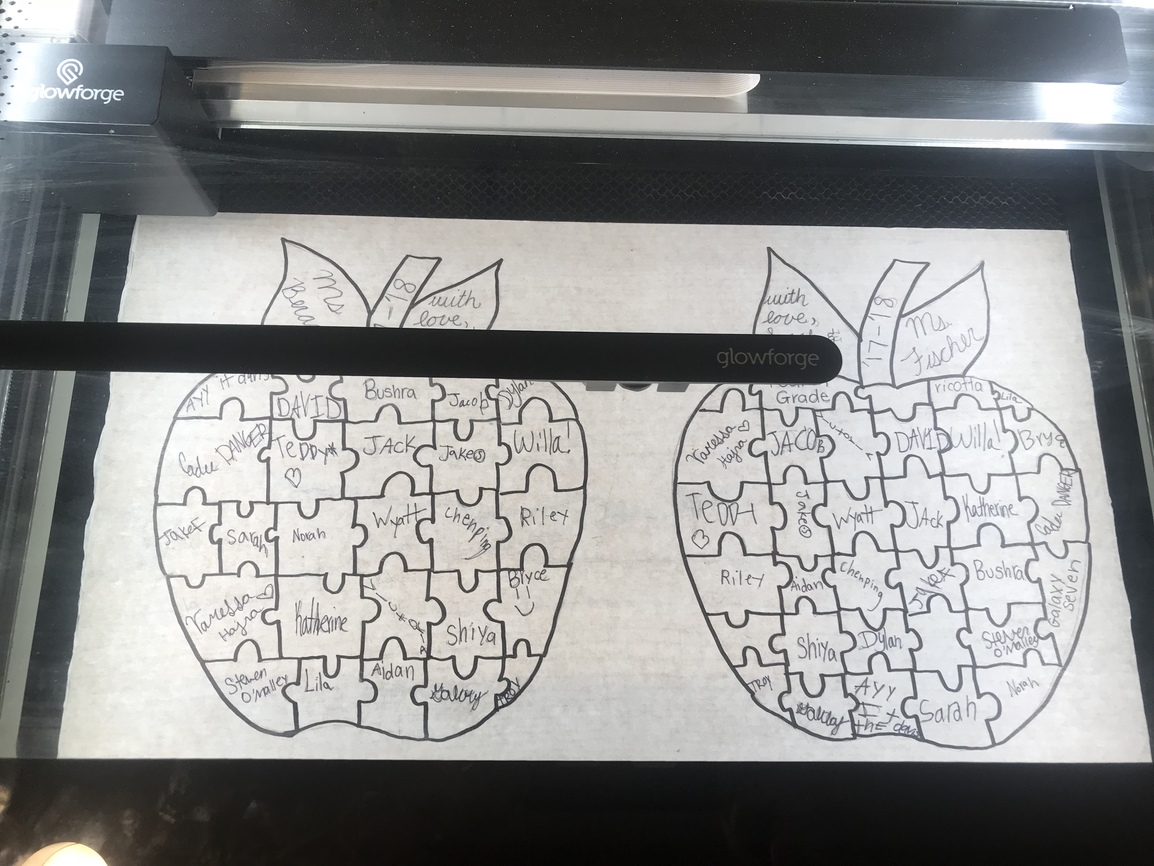 At idle I’ve had the inside of my machine a full 10 degrees F higher than ambient. The electronics create heat and the exhaust fan isn’t running.
Some of it goes out but not all. Keeping the lid open helps if you are pushing the limits.

If you have your machine vented outside, hot air can come in through the vent and heat it up. I’m in Phoenix and I have to disconnect the hose each day as it really heats up my gf.

I’d suggest getting a rockler blast gate to help with that. I originally set mine up with a mag vent to make disconnecting easy, but have found the rockler vent (which had a pull gate to block / allow air flow a much better alternative.

Summer temps are starting to come to Massachusetts so I to have to figure cool down time in to the run. I wonder if the filter will help as it won’t be going outside just nice air conditioned cool air.

I have had that issue just from sitting idle as well. Keeping the lid open for a bit is counterintuitive but an interesting idea. In any case just the fact that it is cooler in the room would not keep the machine from getting hot even so if the laser is at constant full power as it would be in a long cut or score that was at full power at whatever speed if it was working for a long enough time.

if the power is less than full (depending on the ambient temps) the air movement through the machine should keep it from overheating, but I presume that there is an ambient temp that no amount of exhaust would eventually cool enough to keep operating. Glowforge has published 81
that is that temp for a Pro and I would not dispute that, but any temp below that can still cause the machine to stop at some timing to cool off, even if that time is longer than it takes to do your particular job.

Thanks for letting us know about this.

I’m looking into it now, and I’ll update the thread when I have more information.

I had the same problem even though the Glowforge was sitting idle. Temperature outside was 27C (around 80F), a bit cooler inside. Can only assume hot air entered up the exhaust tube. Anyway, leaving the lid open for a while solved it

This is our solution (using AC, which is expensive but works great) here: Our overheating solution

Thanks so much for your patience.

I’ve looked into this with our team, and we found that this issue was caused by an isolated incident. I don’t expect you to see this issue again, but if you do, please let me know and I’ll continue investigating.

I’m going to close this topic. Please post a new one if you run into this again or have any other questions.