One of the paths in my recent project is defaulting to Engrave, even though it is just a path in Illustrator. When I change it to Cut instead, it creates two lines for cutting instead of one. I don’t want to char my project so I have tried to fix it, but there is definitely only one line in Illustrator, not two.

Edit: I forgot to mention, there is no fill for the object in Illustrator, it just has a stroke color. 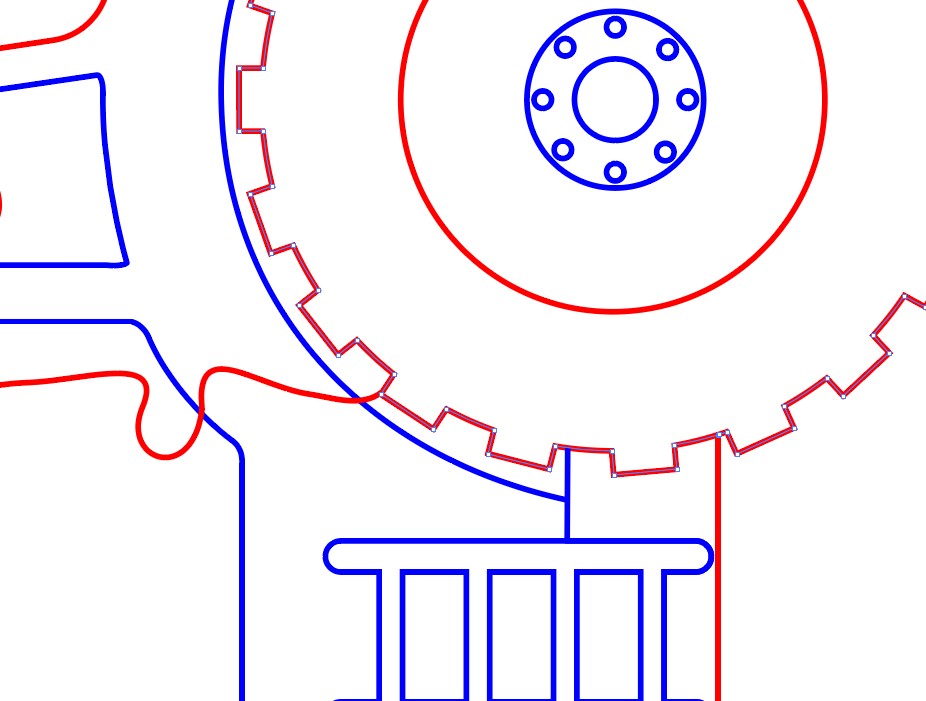 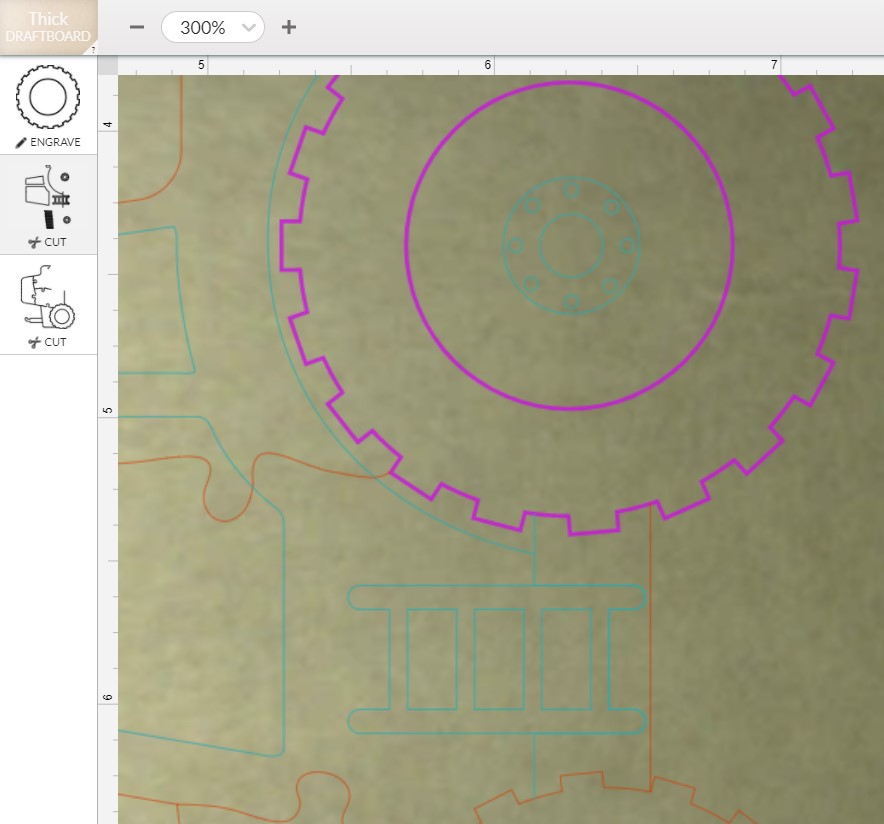 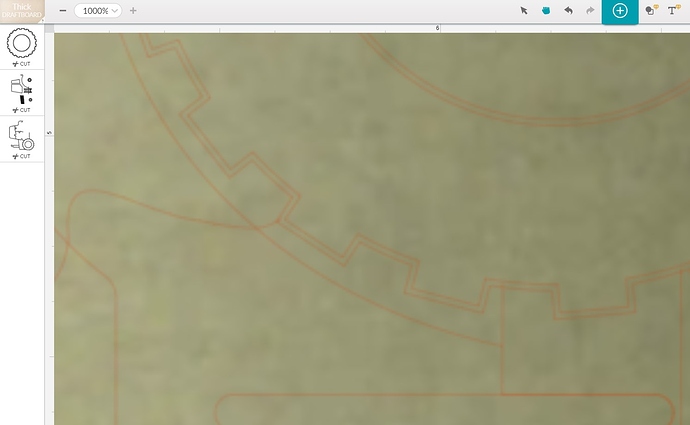 Double check in the stroke palette that your Align Stroke is set to the first option, “center”. The other two will result in the double line you’re seeing when sent to GF. 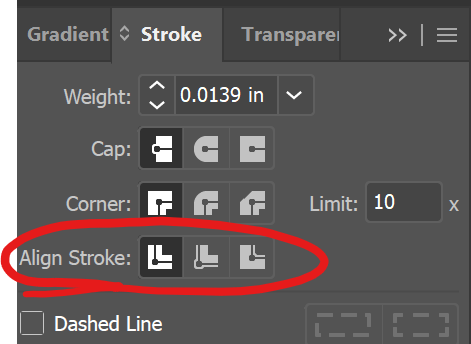 It looks like, from the photo, it’s already center stroke.

If you share the file (you can share just the gear if you like) someone can take a closer look at it for you. I might not be able to because my laptop is currently being used by my husband haha.

Also, after you have checked for those, check to make sure that the gear shape wasn’t accidentally expanded into a compound path. Right click it, Release Compound Path. Then delete one of the shapes and remove any fill.

@ekla Thank you for the advice - yes, the object already had a center stroke, but I will keep that in mind for future projects that it could be an issue with the other two.

@crkjelstrom They are the same color red (#ff0000) so that was puzzling to me, too, when I uploaded it! I’m sharing the file in case you or someone else can glean some information from it. Thank you!

@Jules It was a part of a compound path initially, but I had thought that might be causing a problem so I released the compound path. It didn’t change what was happening. There are a few other compound paths in the file, but they are separate objects. Thank you for the help!

@David.W Thank you for responding. The suggestions I received haven’t help fix the issue as of yet. I’m uploading my file in case you or anyone else can help me figure out what’s going on.

Okay try this one…

It was a couple of Compound Paths grouped together…one was the center circle of the wheel, and the other was the outside notched rim.

Had to break everything up and delete one of the center circles and one of the outside rims.

(By the way, you’re going to get a double score at the bottom of the ladder…if you don’t want that you’ll need to cut the background line and delete the duplicate path. I didn’t change that because it wasn’t the initial question.)

I am SUCH a ditz! I loaded your original file back up…hang on…just grabbed the wrong one on the desktop…this one should be the correct version…

@Jules I’m sitting here going, “Arg, I swear I did that!” I wonder if I didn’t save the file properly… but in any case I think that may have solved it. I don’t have a chance to try the file right now but that looks like what the issue was. Thank you!

Wait until you’ve accidentally loaded the AI version into the interface instead of the SVG version. THREE times in a row…

Hahaha. Well thank you very much for your help!

By the way, is there a quick way to notice when there is a line overlapping, like at the bottom of the ladder? I’ve had that happen with a few files and it’s so far just been trial and error if I notice it or not.

No, that’s pretty much the way I catch it. If you work with partially transparent stroke and fill colors you can catch it pretty easily (they stand out) but I usually only resort to that if I’m trying to find a problem. I generally just design with fully opaque strokes and fills, because you have to remember to shift them back.

Hmmm…maybe you don’t. It probably would work just fine.

I see that @Jules likely resolved the issue for you. No surprise there, Jules is the best!

Could you please let us know if you’re still running into any trouble?