Pie templates for everyone!

I currently lack the artistic skill, but I’m sure there won’t be a shortage of these templates coming out on the market soon! 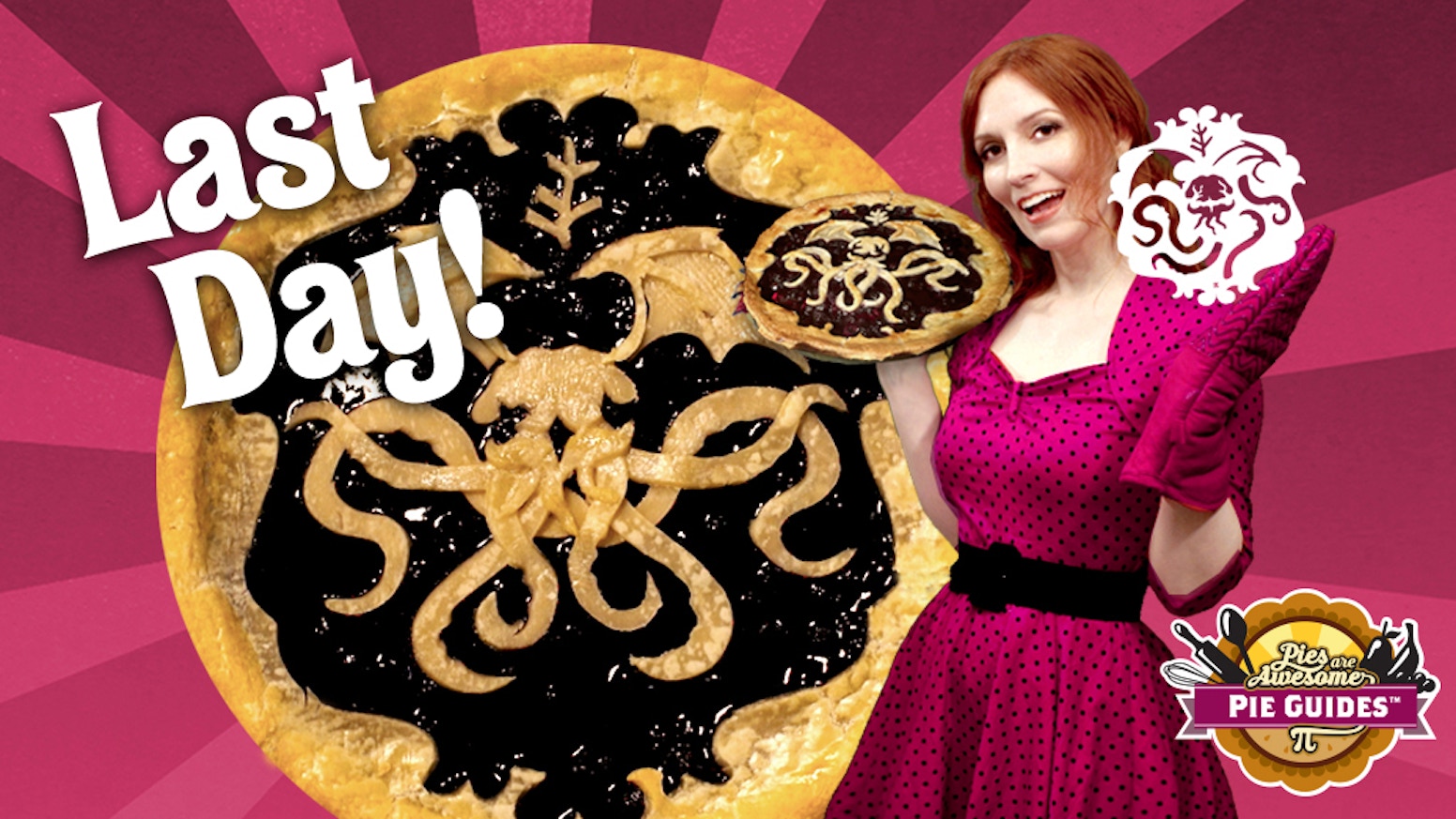 A Unique $10 Gift for Nerdy Bakers

There are uses for those in bread baking too. - Rich

I need to kickstart something!

When I saw that I just thought Dang now I’m hungry and want pie.

you me both! hahhaa

Ok, so that brings up a question. I saw this last week but did not post. I did add it to my list of things I can make with my glowforge. I actually have made one or two stencils on my silhouette before. Anyway back to my question. How do you guys feel about making your own copies? Should we pay for the idea? Even if you are using them for your personal use?

If I saw my stuff posted on a forum, I might be a little upset. Different story if they were making money off of it. But then again the idea isn’t original, just those specific designs.

Ooooh! Pick me! Pick me! I have a lot of experience with this one!

If someone is selling them, yeah I’d buy one. (Absolutely do not post it publically if you do pirate it…that might get you in very hot water, and word will get back to the designer eventually. It’s a remarkably small world…the internet.) If it’s a freely shared thing, I’d give attribution if I modified or used something of theirs in one of my designs, or link to their web pages.

Lots of folks make money from the advertising on their sites, particularly if they’re sharing stuff freely. Those clicks on the links to their sites actually bring them revenue. So it’s considered polite to send people there if it was their original idea, even if you modify it for your own uses.

Never sell or give away someone else’s design without working out a licensing agreement with them first. I’ve had people ask to give away physical copies of original designs for special purposes as promotional materials (educational use), and i didn’t charge them for it, and let them make as many copies as they needed without restriction, simply because they asked first. But most designs (even freebies) do have a limit on how many physical copies you can legally make…usually just a few for family and friends.

(And selling someone else’s design just causes headaches for everyone involved except the lawyers.)

That’s it really…just think of how you would feel if it was your design that someone was using, and then treat theirs the same way.

You’re safe making your own stencils, or boxes or stamps, if the design is yours. (Can’t copyright a box.)

For the same reason, there will be many iPhone stands, storage organizers, and coasters. Some of them are going to look similar after a while. Doesn’t necessarily mean the idea was copied…it’s tough to be completely original with household items because certain shapes just work well.

It isn’t going to stop people from getting mad about it though. Saw that a lot too.

How do you guys feel about making your own copies? Should we pay for the idea? Even if you are using them for your personal use?

If I saw my stuff posted on a forum, I might be a little upset. Different story if they were making money off of it. But then again the idea isn’t original, just those specific designs.

Well that’s the point: are you duplicating the idea (ie- pie templates) or the specific designs (her artistic rendition of a prancing horse)?

The idea of pie templates are not a new idea, and can’t really be protected because they’re an idea. But the artwork most certainly can be protected as belonging to an individual.

There’s two parts to any original idea: Who created and owns it (the copyright), and who has permissions to redistribute it (the license). You can’t just reproduce (redistribute) someone’s work without their permission to do so.

If their permission is based upon citation (ie depending on the specific version of Creative Commons license), then that’s their terms. Purchasing an item does not give you license to redistribute or share it.

I could be completely wrong here but neither Idea of cutting designs in pie crust nor the idea of templates are new. So long as you are creating your own designs I doubt you have any reason to worry legally or ethically. If I were to sell my own designs at most I may point to the thing that inspired me as a courtesy.

If they’re your own designs, it’s not a problem. You can do whatever you like with them.

We used to warn folks to put watermarks on 2D files that they put up anywhere on the internet, because it is possible with the advent of auto-trace to duplicate other people’s work, without a lot of skill being necessary. (Usually they are not very good copies due to the low resolution of internet images, but that won’t stop some people from duplicating your work if you don’t protect it.)

It can get to be a real hassle, and will totally wreck a forum if the members start to accuse each other of theft. Some people put a lot of work into their designs - they don’t want to see them being sold at the local trade show, with someone else reaping the profits.

And you would think that something like that would never happen with the nice people you know on the forum, but it does. And it can get very acrimonious.

(I really like you guys…don’t want to see that happen here.)

I was about to reply and say “My wife says that all the time!” Then I looked at who made the post!

Well we do!! Think of something great will ya!

Meanwhile people pay for them, it does not have to be a great idea

Isn’t that the truth!

But I always use this as an example that sometimes people buy things for fashion not because they are big developments, and sometimes great ideas are taken as silly ideas and are not sold.

Ironically, if you work too hard to make your stuff not like anything that’s already out there, it ends up being slavishly derivative as well, just in a different direction.

Just an idea, you guys/gals might want to make thin (short) cookie cutters out of acrylic instead of templates if you wanted to develop the idea of cutting out crust shapes for the tops of pies and breads. (Just easier to use than a knife and a template…no one has time to mess with a template if they are taking the time to make a pie from scratch.)

And we’ve seen that the GF can cut really thin strips out of acrylic in the Beta testing.

Something to play with?