My wife and I are huge Pirates of the Caribbean fans (helps that I asked her to marry me on the atrraction). One of our favorite parts of it is the! portrait of a redheaded pirate lass (by animator/Imagineer Marc Davis) that hangs in the skeleton bar. Since Disney has never released a print of it, I decided to Glowforge up my version of it.

My wife had noticed that the foil bits on her once-a-day contact lens looked like mermaid scales and, thus, mine became a redhead pirate mermaid. It now hangs in our PotC-themed living room. 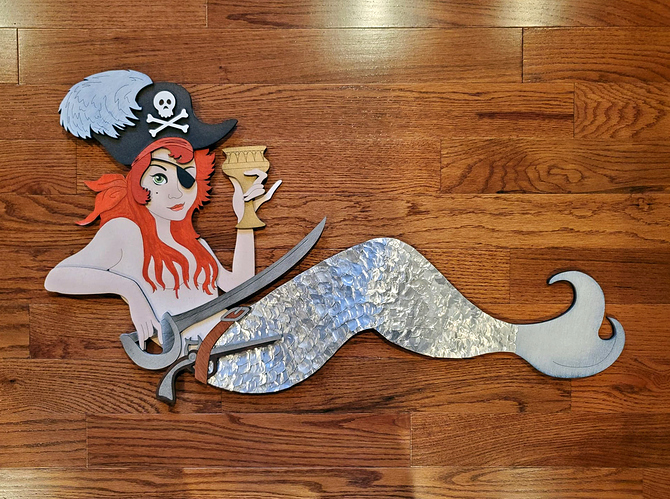 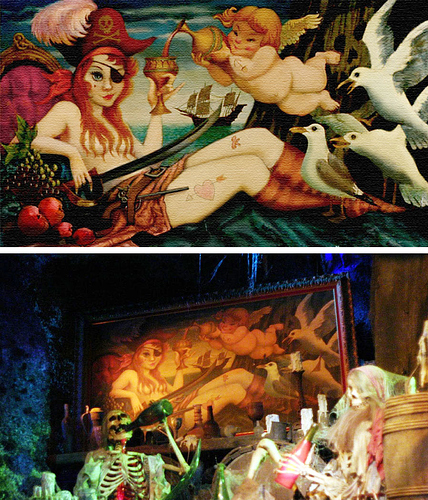 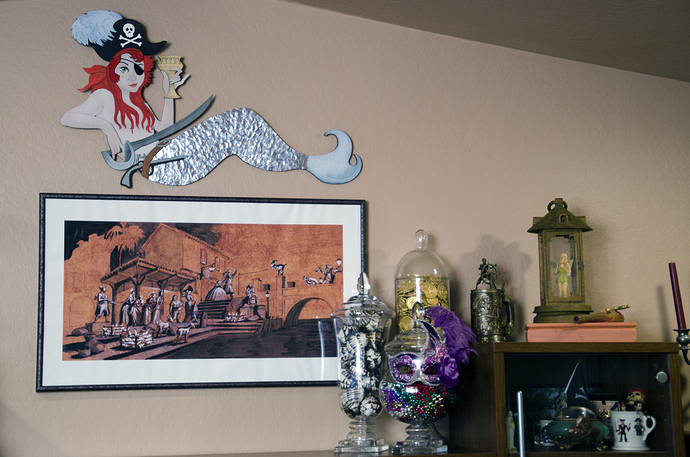 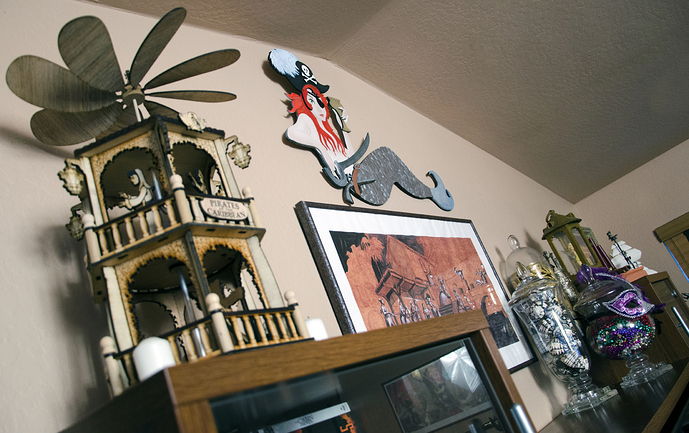 I see you have built several more things with the GF as well.

I love that ride so much. A little piece of me died when they put Johnny Depp in it. Stop messing with my nostalgia!

I must need another coffee. I stopped at the PotC and my mind went off track completely.

Fabulously done! They are so close to identical, but I like the face on yours so much better and I can’t figure out why!

Yeah, the Glowforge is inspirational. That’s the previous year’s Xmas gift to my wife. Here’s more about it, if you’re interested.

My wife wanted a German candle pyramid for a while and I figured; since our living room is Pirates of the Caribbean themed, why not kill two parrots with one laser. This features pirates and wenches from the original, un-P.C. version along with the lamps, railings, signage and talking skull (“fairly warned, ye be, says I!”) from the attraction. The top is Captain Jack Sparrow’s compass (the needle inside also spins). Took 10 months of off and on design and trial and error to design and a week …

Mine is closer to Marc’s original sketch than the final painting… I felt her look was more playful in that version. 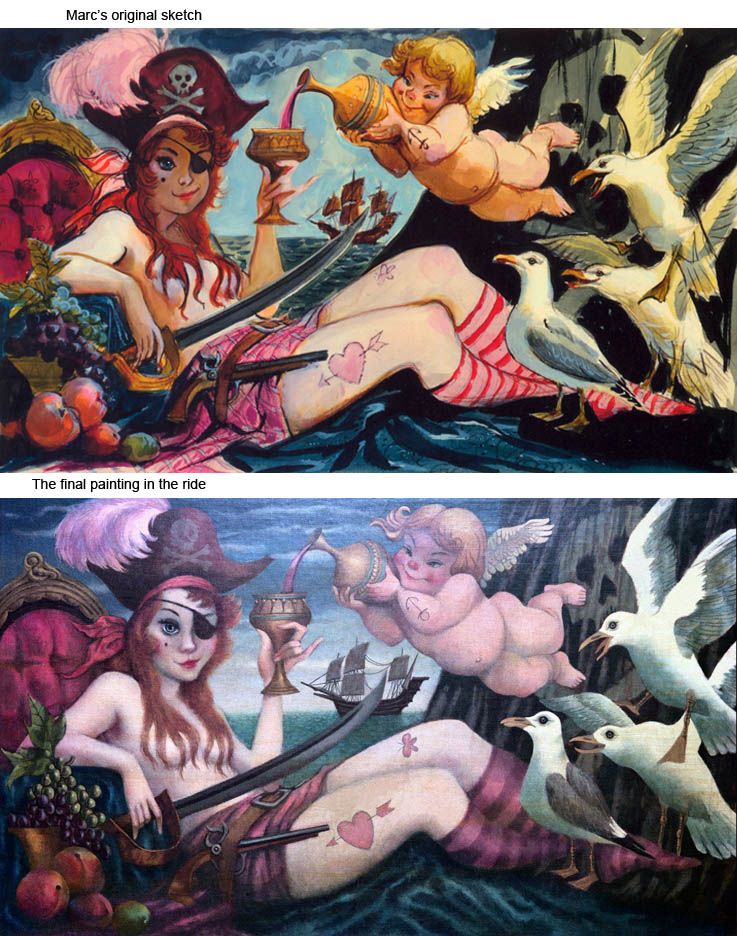 That’s the previous year’s Xmas gift to my wife.

I thought it looked familiar 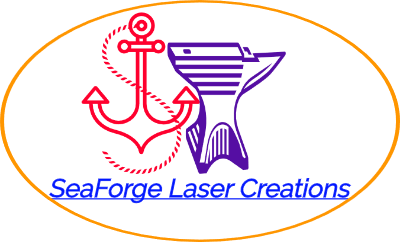 It’s a pirates life for you.

This posting is rated Rrrrr

When my last daughter was still processing (before her birth) her mother and I were trying to come up with names. I wanted to pick a name that sounded all piratey, …like a first name of Captain or a middle name of Hook or something silly. She, being more reasonable about such things, of course said no… so we agreed on Abigail Rylee Robertson…
She didn’t realize what I had done until she made the monogram plaque for the nursery… She’s still a little mad about that one…