I am totally unfamiliar (read clueless) about 3d modeling but have some great ideas for some engraving if I can just figure out how to make the files.

The official specs are “top secret” but reviews show it’s very low resolution - much lower than the faceID scanner on the front. It appears to be designed for one purpose - to provide coarse awareness of a room/environment or large objects for AR purposes. If that’s what you’re looking for, apps for that appear to exist already.

I’ll add - Adobe used to have a great 3D capture capability (I think it was called “capture”) using regular photos. It would prompt you through taking a bunch of pics all around an object at different heights, then send off to their cloud for processing. I think the resulting object came back as STL. Whatever it was, I was able to 3D print from it. I captured some sculptures at an equestrian facility and made little trinkets for the riders. I intended to model a vehicle then they shut down the app.

Whatever it was, I was able to 3D print from it. I captured some sculptures at an equestrian facility and made little trinkets for the riders. I intended to model a vehicle then they shut down the app.

There is still Mesh Lab

Awesome job! Cleaning up the engravement really makes it pop! I have had so much ‘charred’ wood that on this type of engrave that it wasn’t salvageable.

too bad sarcastic off topic criticism doesn’t morph into sunshine! 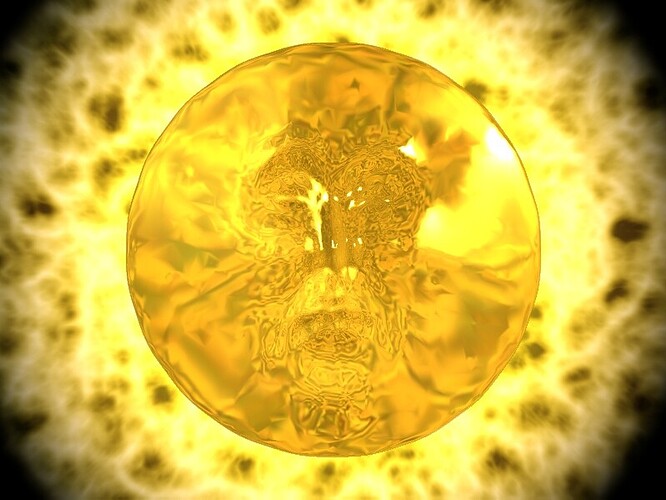 Holey Schmoley that is gorgeous — much better than expected seeing some past efforts by others. Cleaning well makes all the difference. What kind of time does it take to run that project?

Seems like could be a great use for old Sonicare brush heads, too. Thanks for the inspiration!

What kind of time does it take to run that project?

That took around an hour if I recall…

Not bad. Is it about 4-5" in diameter? (Guessing based on Inventables hard wood blanks.)

I believe you’re describing 123D Catch from Autodesk which was sadly killed off a couple years ago.
Adobe’s Capture app has never had any photogrammetry components, though it does have PBR materials creation for some reason.

Hi Henryhbk, would you be open to telling me how you made this? I’ve been trying my hand at 3D and having a hard time getting it to laser the different levels in the wood. Thanks, Joy

So that sounds like you were trying to just create a 3D laser file yourself. That’s not how this works. So the basic Trick is you need a file properly made so the automagical 3D algorithm will do this. So the algorithm uses grayscale to decide how hard to burn. So as a simple example put white text on a black background and the black is full-burn while the white is no-burn so that would be a simple embossed text. You could be more “3D’ish” if you then put a feather outline on the text (say a gradient glow) and then the laser would vary the power into a nice fillet around the text. But you’re presumably wanting something fancier, but the above is critical to understand what it’s doing before getting fancy.

So now you have your 3D model ready, and it’s time to convert it to a 3D model. In this project I link to a tutorial on how to generate it. (It took a bunch of fiddling, so be patient, and the Mac version of blender didn’t quite match the screens in the tutorial, but eventually I got everything to work). But basically I used blender to render a 3D depth map file (as a PNG) of my 3D model.

I see. Yes, I was trying to figure it all out. I was very lost…lol! Thank you for sending that to me. I will be sure to watch it and hopefully learn from it. I hope you have a wonderful Christmas. Joy

I was trying to figure it all ou

Actually technically I was’t quite accurate. You can make a 3D laser file yourself, but you will need some sort of 3D CAD program (Fusion 360, OnShape, etc) that can produce a 3D model (such as STL) then you can go through the whole blender routine (along with a lot of trial an error). You can demonstrate how this all works yourself by simply making a gradient fill in Photoshop (or whatever graphics program you use) from white->black. Do a radial gradient like this (feel free to fill in a shape if you want: 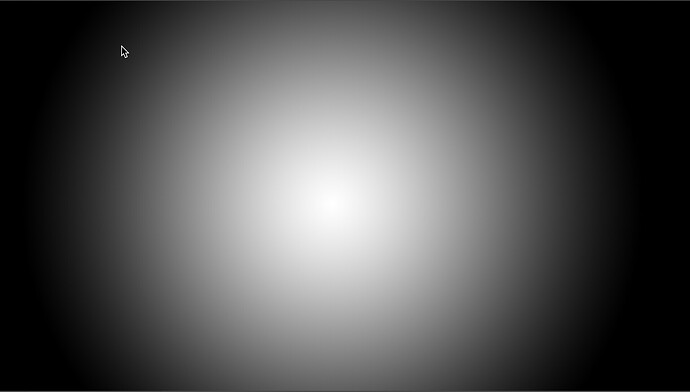 I truly appreciate you breaking it down to me. Do you know that you are the one and only person who was willing to help me? I can’t thank you enough for your help. I hope you are having Merry Christmas.