I know we don’t have a lot of information on the filter supplied with the glowforge, but wanted to get more information on the “clogging” issues of filters from those that have other brands of lasers. Mainly I was wondering if there was a way to add a “pre filter” to the fancy carbon/specialized unit that could take the brunt of the acrylic/resin punishment and be replaced more often allowing the fancy filter to live longer while still providing the chemical/smaller particulate filtration.
Secondary question for the glowforge team- is there room inside the filter unit to accommodate this kind of modification?

Anything is possible. A pre-filter is doable, but you may have to add a booster fan to get the rest into the GF filter. Go

I suspect there’s no room for an end-user modification like that. That said, there’s also likely nothing stopping you from constructing your own that sits in between the two units; you’d need to build your own box with connections for power and venting to go between them, though, I think.

I haven’t googled, so I’m sure there’s a million forum posts about things like this, but I wonder if you couldn’t build a low-tech filter, like a water trap, to capture all the various particulate matter, then vent that into a filter that can handle what’s left over + the organic gases that water wouldn’t trap.

This is assuming you don’t vent outside / use the GF filter, though…

Here are my personal thoughts: by adding resistance (another filter) to the system you could overtax the fan/blower and shorten it’s life drastically or block flow to the point of back-flowing into the work area and depositing bad things on the mirror. if you add a booster that runs too fast or faster than the other fan, you might be damaging the original fan by pulling past it. pretty sure they have a diode in there to prevent the blower becoming a generator, but I’d still be worried about back-feeding power into the system if one fan shuts off before the other.

The filters I’ve seen for other lasers have been pretty much big do-not-mess boxes. I’d be leery of adding some kind of prefilter thingy – in addition to the reasons people have already given – because then you know even less about what’s being absorbed and what’s coming through. It would be sad if you extended the life of the main filter with respect to particulates but not with respect to some toxin or other.

There are sensors for exhaust, temp and a bunch of other stuff. Might play with the airflow and shut the machine down. Don’t know. I’m going to use a similar method to this for filtering of exhaust out the window. Why bother? Out of respect to both neighbours who would easily detect and detest the smell of a acrylics being zapped.
I will have a 2nd HEPA filter & pre-filters that cleanse the exhaust gas of particulates before hitting the final activated-carbon filter.
I’ve spent a few hundred dollars on ‘grow room’ filter and fan.

I also purchased the pro filter which may be a waste of money if the above plan works but at least I have a backup.

I’ve had ideas for making a few filters. I was originally going to do a cylinder filter, then a layered filter, and now I’m back to thinking of a cylinder again… using a 5 gallon paint bucket and a bit less complexity with cannister filters.

To be honest I’m not sold that diy filters or the little strip they have in there (in your link) are necessarily all that good. But it’s easy to take canister filter and an inline fan and make 'em prettier…

If you haven’t tried making your own, you should give it a shot - even if it’s just for the learning experience. People think they’re strangely complex, or that there’s some special magic to it, but it’s like making a water filter… except that the fluid in this case is air, with nasty smelling particles instead of bacteria.

Oh, maybe I was a bit confused – I have no issue taking manufacturer filters and just putting them in a box of your own devising; I thought you were talking about literally making filters. That’s something I wouldn’t necessarily trust.

“Filter” is one of those stupid generic words…

So yeah, automotive cleated paper air filter? = “Filter”.
Added to a bunch of charcoal with various container parts of my own devising? = “Filter”.
It’s filters all the way down!

Cleated paper is needed for removing particulates, but polyester quilt batting works well as a fabric “sack” for all that loose coal, as well as providing filtering in its own right.

Ok @dan_berry, now your making me really curious to try and build my own filter, now I just need to figure out what kind and what for

Yeah I mostly only worry about gas filtration. Particulate is easy.

With all that said my next air quality experiment is going to be a fume hood, I think.

A good place to start? I had a variety of pet drinking fountains for my cats. Of course, they had custom filters in them that someone might think was “reasonably” priced… maybe around $15 for 2-3 of them.

I went over to the Aquarium aisle. Picked up a carton of AmmoCarb aquarium filter carbon for $9. Went to crafts, got a massive (like, double-size mattress) roll of polyester quilt fill for <$10. Made a pouch with the quilt fill and a glue gun, poured in the amount of carbon and some extra (about 6 tablespoons) and closed the pouch. Rinsed it 30 seconds under the tap to wash off loose carbon, shoved it in. Repeat.

I STILL have gobs of carbon and filler around.

Gas filtration would be handled by using Activated (Charcoal/carbon).
Activated carbon is just charcoal with a ammonia zeolite additive sprayed over it that scrubs ammonia and chlorine. When chlorine or ammonia (gas or liquid) hits it, it captures it.

But of course this requires regular maintenance to replace, to ensure it’s constantly being disposed of.

So if you do make your own for forging, make sure it’s Activated Charcoal/Carbon.

Also random amusement… if you have some questionable tasting Vodka, try running it through a charcoal filter. Probably 3-4 times. It’ll make it really nice and smooth.

I know how it all works. What I’m saying is I don’t trust a diy gas filter with no testing done to be sure it doesn’t release harmful gases into my home.

That’s what this guy is for… 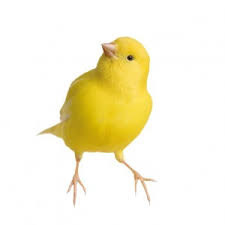