I have wasted 3 hours of time testing multiple files only to be stalled constantly in the Preparing your design phase. These files are very simplistic in nature, so…frustrating.

This seems to be an issue with the scalability of the cloud based software or the software engine.

I would have expected a cloud based system to have more “horsepower” so to speak, but I think a local instance run on a GPU would be much better.

Current flowpath: .dxf cleaned and converted to .pdf .dxf/.pdf into inkscape and saved as an .svg

If you’re okay with uploading your file here, we have some forum users who are pretty good at sniffing out what’s going on. Usually it comes down to a bunch of extra nodes and/or unconnected segments, which makes the file unnecessarily complex; other times it’s something that gets left in your SVG file from the conversion path that stalls things.

It had clipping paths, so I removed them.

Are you cutting it out of acrylic? Will that work for a gobo? Won’t it melt?

Also the The “Y” dropped a bit.

@tanner.coker: In my experience SVG “clipping paths” are a no-no, although in the past I recall the GF GUI popping an error box when they are present. Hopefully @bwente found—and fixed—your problem?

I tried .004" stainless and then .0225" stainless, but the heat from the laser warps the material and is not crisp.

I am cutting samples out of the acrylic and may actually move to using Carbon Fiber Re-enforced Nylon from my MarkForged (275C melting) and if that doesn’t work, then I will have to cut it on a waterjet.

It might be the letters, they have over 49,000 points. That seems to be the worst offender. 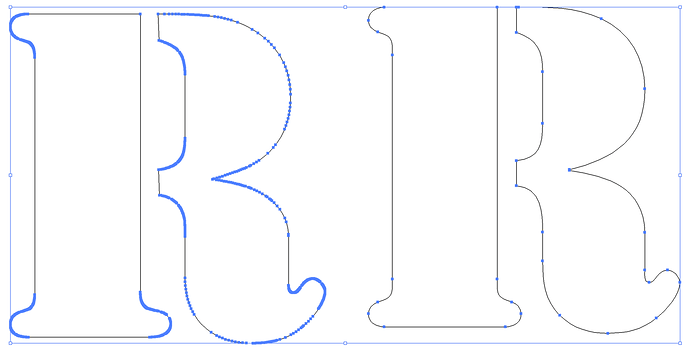 Not sure if this would work, but…

What if you use some high temp spray paint like they use for grills and paint a piece of glass, then etch the pain off the glass with the laser?

Inkscape has a Path->Simplify (Ctrl-L) option. Doesn’t always do exactly what you want, but that will reduce the number of “points” in a path by a lot.

I think I may still be having issues on the file…

What program did you use to create the dxf?

I usually use 2 programs. Solidworks or (OEM Waterjet Software)

I think it’s the node count too…you’ve got over 68 thousand nodes in there total - the whole thing consists of disconnected segments. (Many of the CAD style programs do that.)

Connecting the paths into closed shapes, and using the Simplify tool before saving it as an SVG reduced the total node count to about 7500 points, which the interface can handle easily. 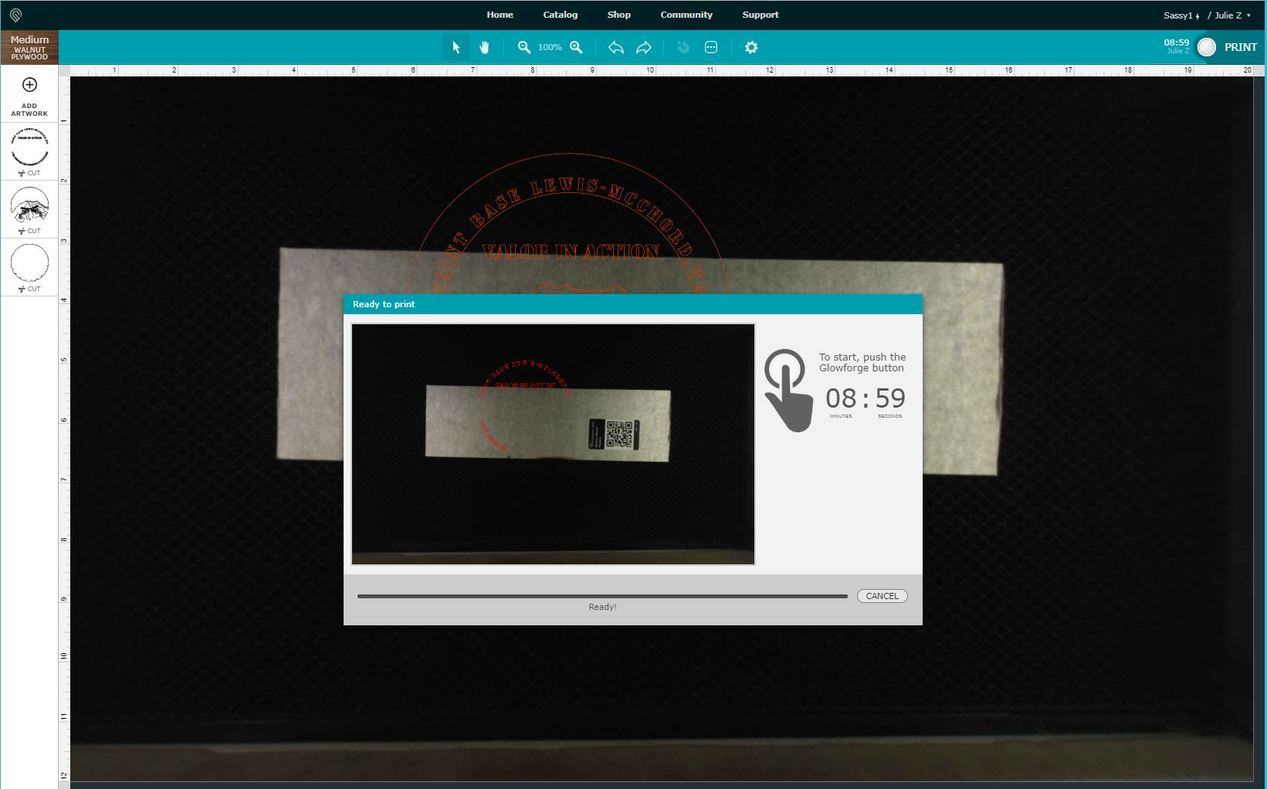 Thanks Jules! Going to start cutting… I really appreciate the support from all of you on this forum.

Oh, look! They re-implemented the “Solution” feature! I feel like I’ve been listened to!

I saw that yesterday and couldn’t even figure out how to get to it.