Part of the ongoing desktop cleanup effort…a home for a handful of Q-tips. (Handy for use in swiping glue. Should be enough for a couple of projects at least.) 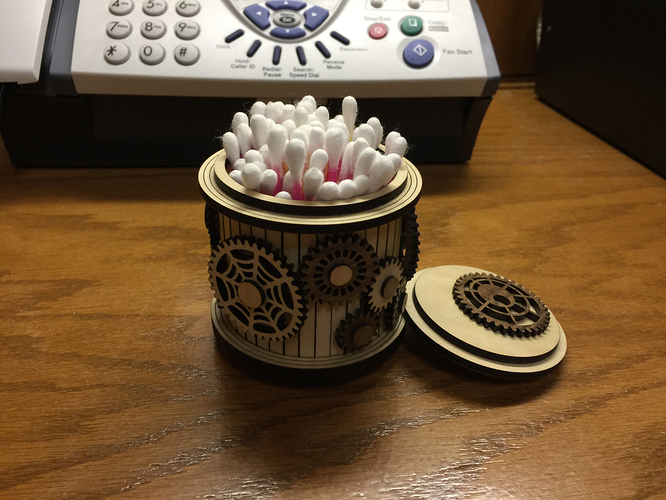 (And the gears do turn all the way around.) 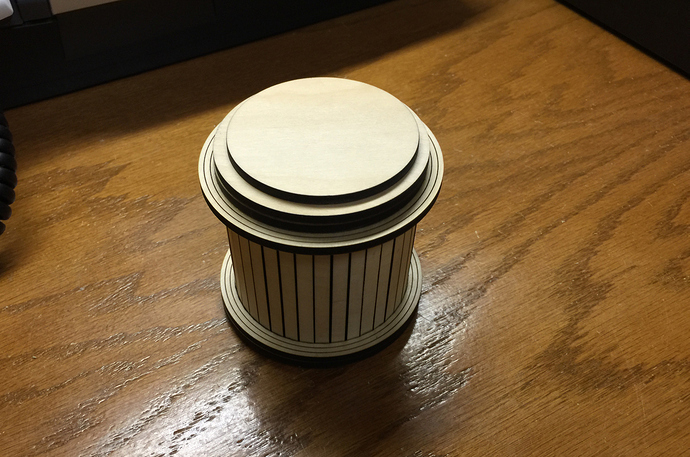 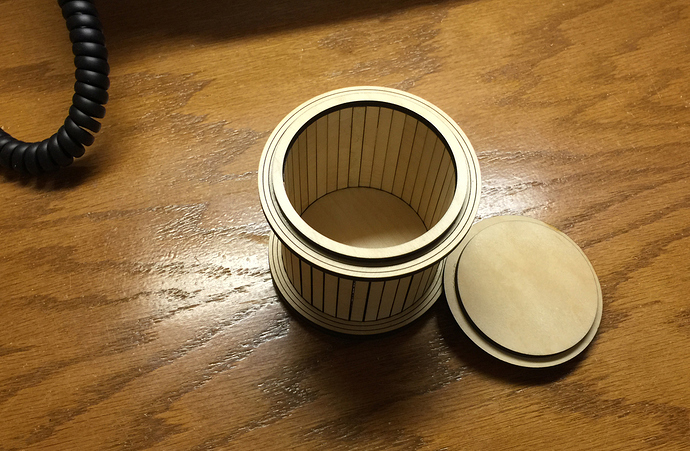 You can decorate it with whatever you’ve got on hand.

And that’s what you have on hand?

Oh that’s beautiful! I have a theory on how you did that–very cool idea!

Gears, and what is apparently the last remaining fax machine in existance.

That’s probably the most elegant container for q-tips I’ve ever seen!!

She already told us the story on that.

Search terms you never dreamed you’d ever use on an internet forum: “fax”

what is apparently the last remaining fax machine in existence

I have a fax machine. I don’t have a land line, however, so it’s more of a boat anchor on a desk.

The land line is for the alarm system. (And it tends to work during hurricanes when cellular doesn’t.) ROFL!

You guys quit making fun of my archaic equipment!

If there is ever a hurricane here I’ll have bigger issues to deal with.

I definitely need to start making gears. @Jules, are you doing this out of veneer or Medium material?

ha ha…I just searched it out.

@Jules That tub is awesome! And it totally fits to put gears on it.

@Jules, are you doing this out of veneer or Medium material?

, Maple and Walnut, but to make the caps for the gears so they will turn, I split the little cut circles in half with some Knipex pliers/wire cutters. (Carefully.)

From your spirograph project?

Please tell me you can get the lid on when it has the Q-tips in it ?

Nope! These Q-tips are for wiping up glue, so I don’t want them enclosed…I’m usually snatching for them quite frantically. (Could easily modify the file to make it a bit taller though, if it was desired to use them for cosmetic purposes.)