I have a question about the UI. There is a black oval symbol in the “settings” area of the UI that is confusing to me. Do any of you know what it is? 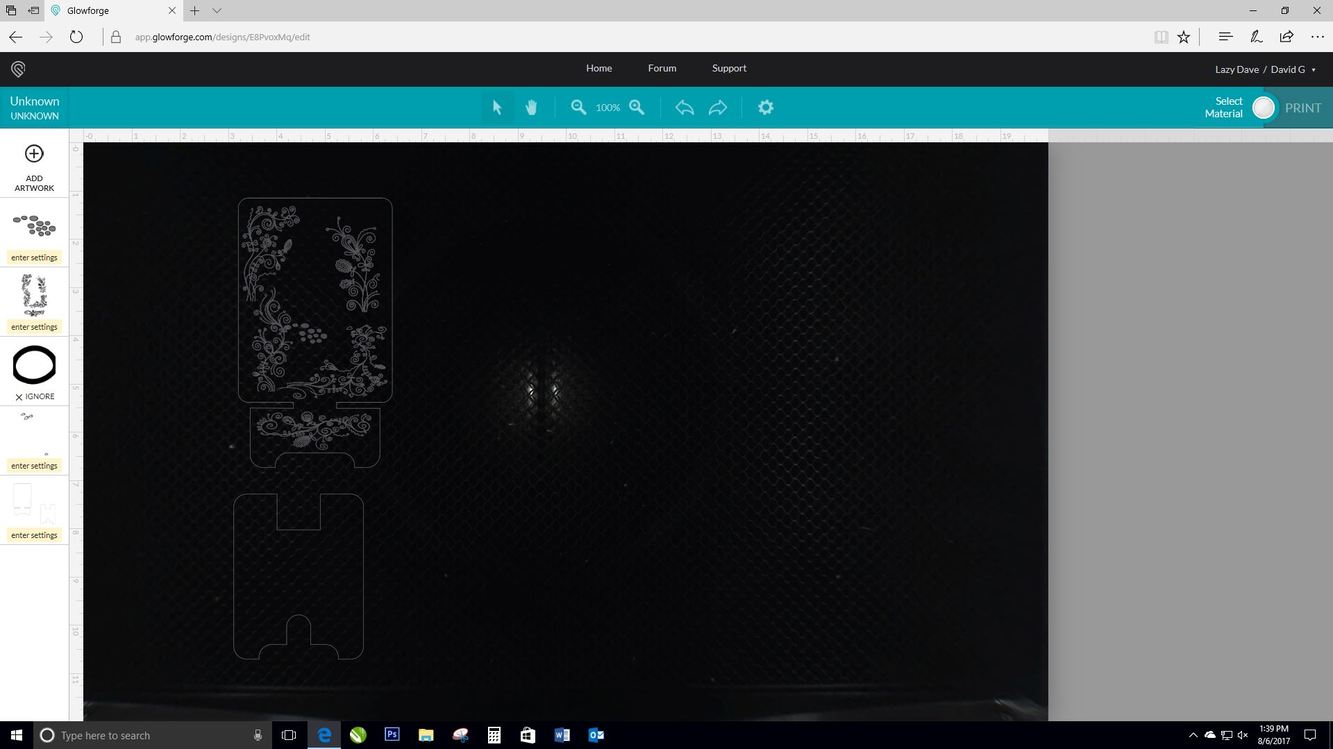 Does it happen with other prints or just this one?

You’re in IE, do you get the same thing in Chrome? If so it’s something in your file.

It might be either very tiny, or off of the board where you can’t see it without zooming out.

Turn it on and give it some settings so you can see it, then hover the thumbnail to highlight it. If you can’t see it, zoom out and it might show up.

If you then delete it or set it to ignore, it won’t cause a problem.

(as a matter of fact - given the size of the icon, it is probably just a small stray mark in the file)

Yes, there is a stray mark somewhere in the file. I had one of those that was miniscule and occluded by something over it. It appeared giant, like a rabbit blob. I even sent the file to support and they found it for me. I thought the GFUI was going nuts and putting some stray file in. Ever since then, I have noted that if it’s an operation on its own, there is an object in the file that you have to track down. The size of it in the thumbnail is in no way related to its size on the artboard. If it is the only object with that color, it will be as big as the thumbnail. You have to do some selections and see what pops up. Sometimes they can be stuck off the artboard down in Panama!

Oh, I’ll bet I know what that is…it’s probably one of the very small ovals in the image that accidentally had a slightly different stroke color assigned to it, so you got a separate operation assigned to it.

Try to highlight it and see where it is.

You guys are SO smart. It was just a little spot. I have seen this before and had just ignored it, but thought I would ask. Hope this will help someone else sometime. Here is a picture of what was causing it. 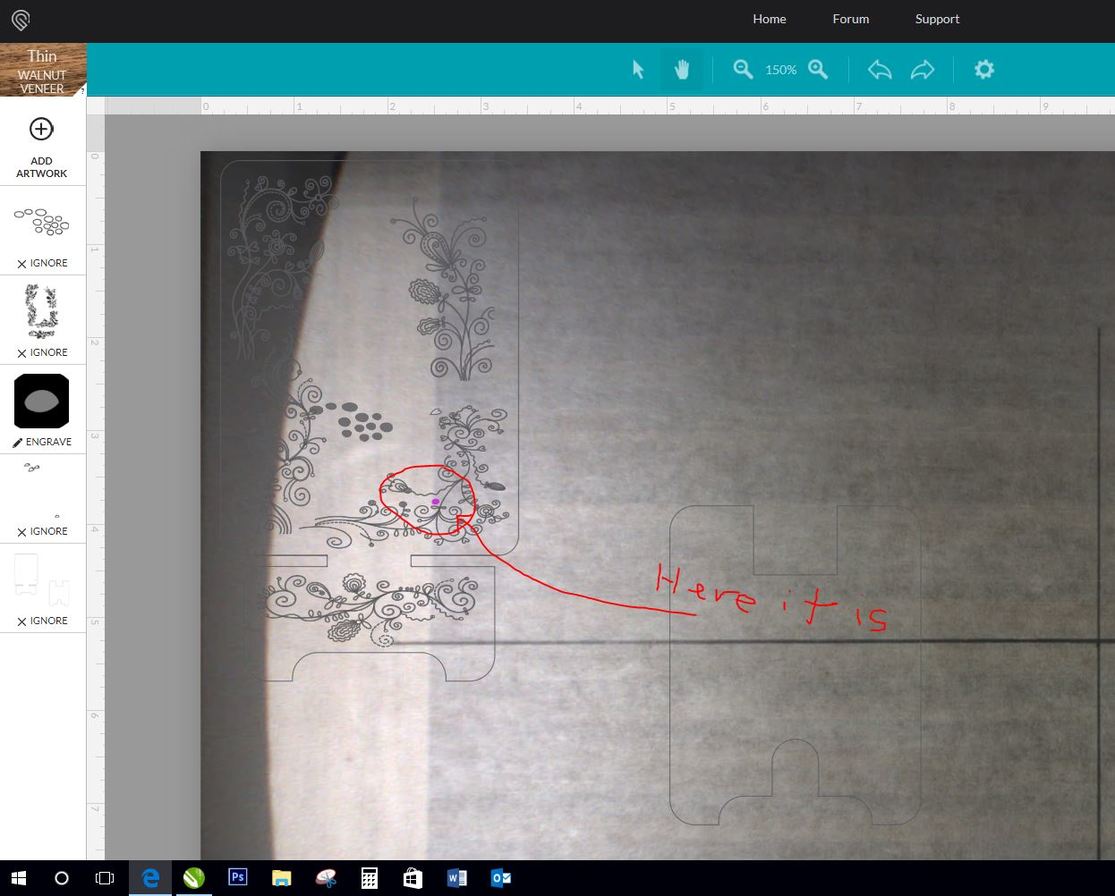 Awesome! (Trying to sneak along for the ride.)

I even sent the file to support and they found it for me.

Every time I think the GFUI is messing something up with my file & I start to write a Support email, I start to chase down things to send them and in the end kill the email because it’s my file

Latest one was last week. I use Corel Draw to design and then save as SVG. That gives me a couple of cool “freebies” - it converts text to curves so I can still edit it as text in the Corel file but the GFUI will consume it properly and it embeds bitmaps as png files.

I’m doing something for my wife with some cool engraves. I had them as vectors but the GFUI couldn’t handle the complexity so I converted the various images to bitmap. Saved it to the GFUI and all my stuff was fine but there was one piece that was a combined object of four of the other ones. So it engraved the 4 in individual operations and then came back and did the 4 together.

Figured the GFUI was doing something funky. Also didn’t know why it didn’t add the 5th image into the combo. Started my email and was attaching the SVG and was going to say “and the objects are only in the file once” when I figured I should check in Inkscape. Turns out Corel’s save as SVG will embed each bitmap as a png but then save any ones that touch or overlap as another combined png. So the GFUI was right and I just have to remember to do some post-processing in Inkscape when I’m doing anything with bitmap images.

I see what you did there…

I worked for a company that manufactures tents and deployable aircraft hangars for the Military, first time I heard the term “Vector Intrusion” I had this mental image of vector shapes marching in to wreak havoc.

It’s fairly easy for vectors to intrude from what I understand. With their ability to scale near endlessly in both directions and small, hairline stroke they can squeeze through the smallest nook or hide in the smallest cranny.

I’ve had that happen as well - a tiny bit of the design winds up a separate step and it can be confusing. Great feedback for our UX team - thanks!