Quick and so simple in Affinity

While working on my latest project (to be posted later) I was trying to figure out the easiest way to make stitching holes for leather using Affinity Designer. @tim1724 had so kindly taken the time to write all of this out and I printed it to use as a reference, but turns out I didn’t need it at all (thank you anyway, Tim!)

The overnight bag of 1,000+ stitching holes Made on a Glowforge

Nope, that doesn’t do the same thing as Pattern Brush in Illustrator. That video describes how to make Textured Brushes in Affinity Designer. A textured brush is a bitmapped image stretched and/or repeated along a vector path. It’s a pretty cool feature but it’s useless for making cuts. AD doesn’t yet have a method to distribute arbitrary vector shapes along a path the way you can with a Pattern Brush in Illustrator. However in this case one could draw a line, set it to use a dotted stroke, th…

Here is such an incredibly simple way to create a line or shape of stitching holes in AD. Make the vector line or shape, turn it into a text path, then type the lowercase letter “O” along the line in a size 6 Courier New font. I found the correct size to use by scaling the letter O in different fonts until I came up with one that is exactly the size I wanted for the needles I am using. I just made sure to make note of the font and size for future reference.

When loaded into the GFUI, just change the action from engrave to cut and it’s perfect! 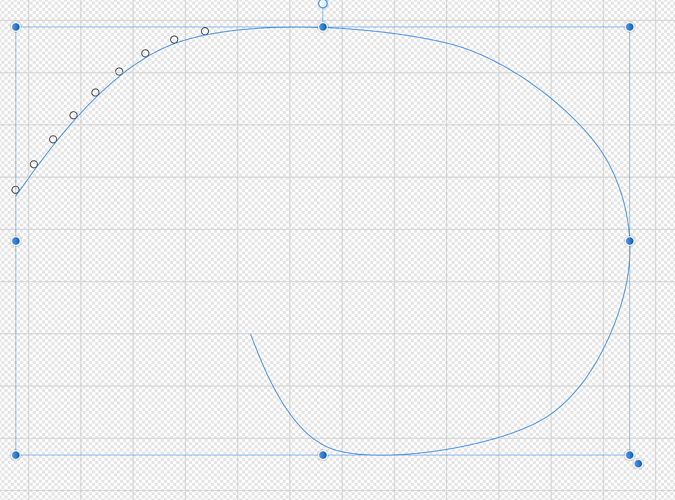 You can do the same in a similar way in Inkscape. Create the holes (‘o’ or ‘.’) - just type one with a few spaces, select-all, copy, and paste a million times. Select the text, then the desired shape/path, and use Text/Put on Path. Then convert text object to path. 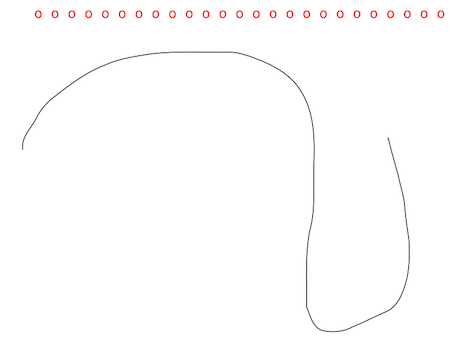 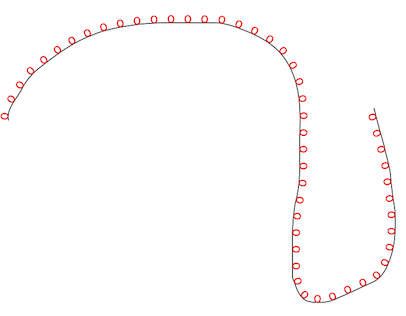 I’ve never needed holes (leather is in my future) but I use it to put “actual” text on paths quite a bit. My “hopper” contribution to the Hex-Pen used it. 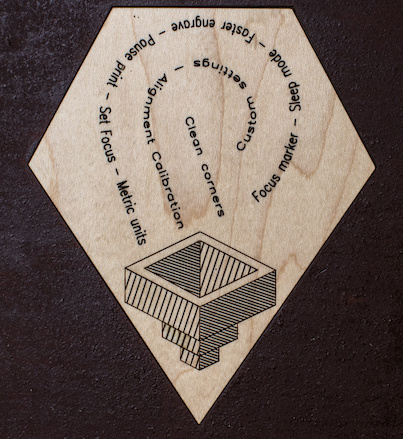 I’m sure someone will share how to do it in AI, we’ll have the complete trifecta…

I’ve used text on paths many times, too…but only for engraving, never for cutting. I was so happy to find a way that worked so well. I was originally looking for a way to create a custom ‘brush’ that I could save to use when needed…but, there’s no way to do that in AD.

I don’t know what this is/means…is it an actual font or something else?

Didn’t mean to hijack your thread on AD. Just meant to share how to easily do the same in Inkscape.

Nah…that’s OK. That’s what we do, here! Anyway, as long as people can find out how to do stuff.

I’ve been using circles and diamonds with rounded corners and the Extensions->Generate from Path->Pattern along Path command under Extensions in Inkscape. It’s okay for simple shapes, but any complexity and you get some weird results. Thanks for pointing this out. Because why would I use Text->Put on Path for a long string of ohs? That’s crazy talk.